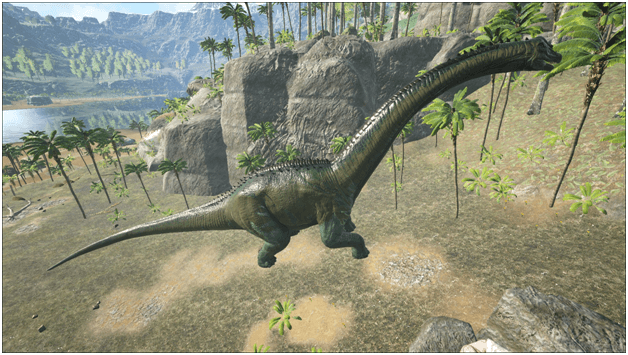 Brontosaurus Lazarus are large docile herbivores that existed during the late cretaceous period.

Being one of the Largest land creatures around, a Brontosaurus is hard to ignore not only by its size but the way the land quakes when it walks.

The Brontosaurus usually just minds its own business and peacefully stomps around throughout its day.

Being as it is a large creature, it seems to not be threatened by human presence and will pretty much ignore them when they approach unless attacked

A heavyweight in many aspects when tamed the Brontosaurus is a great harvester and can be at times used as a mobile base. 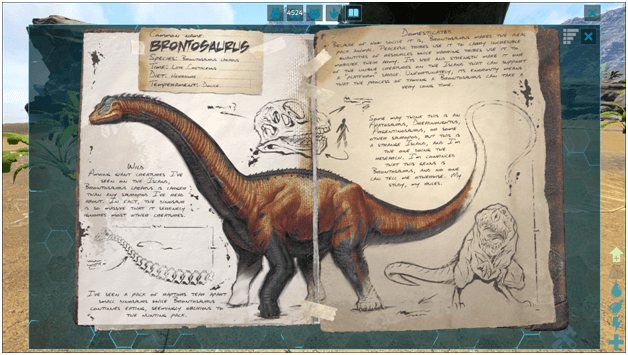 Being one of the largest creatures of the island, only a few creatures try to threaten it and in turn the Brontosaurus ignores most creatures but will fight back when attacked.

The Brontosaurus usually just minds its own business, regardless of the things that are going on around it.

Because of its size the brontosaurus has proven itself to be a valuable asset may it be in peace or war times.

It can carry a large amount of resources and be either used as a mobile processing platform or a mobile base for assaults.

Because of its huge tail the Brontosaurus can harvest a large amount of berries from bushes and even gather wood and thatch from trees.

Utilizing its large health pool and impressive weight capacity it can bring a lot of armaments and supplies to the battlefield and be at relative ease under the shadow of the Brontosaurus.

A tribe may choose to use the Brontosaurus platform to process resources in different locations so instead of carrying raw materials the tribe can maximize their output by processing the resource on site.

The Brontosaurus is capable of enduring more damage than other creatures due to its high base amount of health  and with its large tail it can also hit enemies in a large arc dealing damage and knocking them back.

How to Tame Brontosaurus? 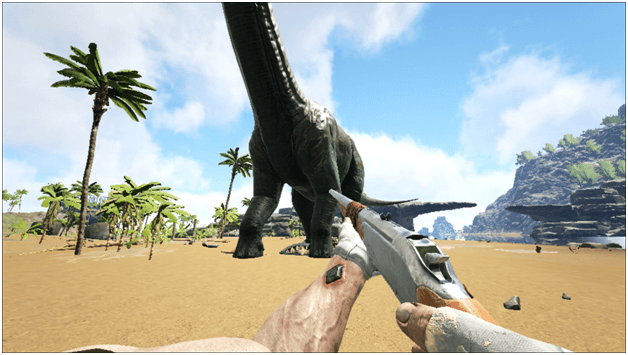 The Brontosaurus can be immobilized using a Large Bear Trap and thereafter, it may be shot at with tranquilizing weapons by you and your tribe..

It is also possible to tame a Brontosaurus without a Large Bear Trap but a mount would be required as you shoot and run away from it repeatedly until it is knocked out.

Staying at high areas where the Brontosaurus has no reach can be an easy way to tame it and when it begins to run you can then chase after it. 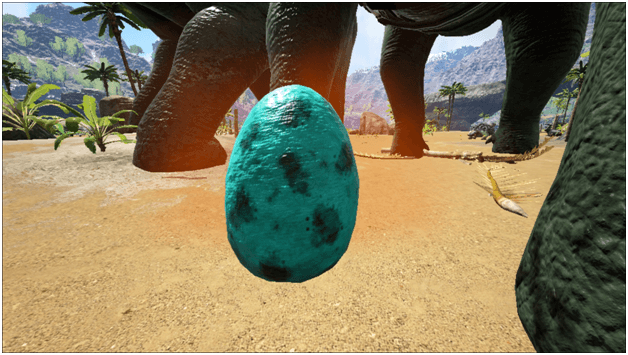 After a pair have finished mating, the female  Brontosaurus will drop a Fertilized Brontosaurus Egg that is Turquoise in color with dark blue spots.

Brontosaurus are found in multiple sights on the island where it has a lot of space to walk around.

Maps where there are Brontosaurus:

The following are spawn maps where the Brontosaurus can be found 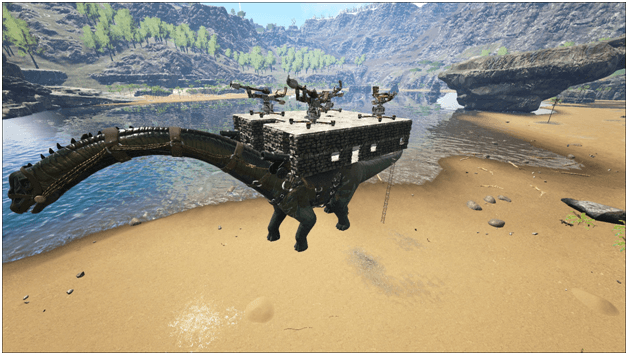 Although the Brontosaurus is slow, it makes up for it with its versatility and its ability to endure large amounts of damage..

The Brontosaurus can provide tribes with a mobile base or be used as a walking siege tower which makes this gentle giant a valuable member of any tribe.

Having one of these creatures tamed can help cover a lot of ground and provide your tribes with a large benefit in both defense and resource farming.