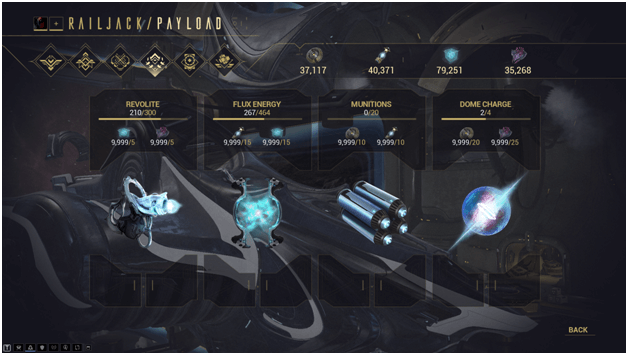 The Payload is the Railjack’s stock of certain resources which are used up when the Railjack is in use and is important for the success of a mission.

All of these resources may be crafted if you have the required resources needed for crafting them which you will farm over time.

This section may be accessed from the Drydock as well as from the forge in the back of the ship when away in missions. 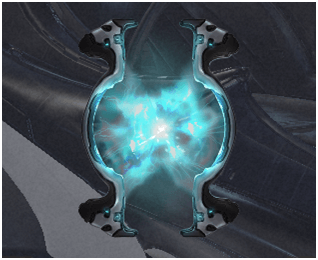 Revolite is a resource that is needed to operate the Omni tool which you need to repair damage on your Railjack.

Without Revolite, you will be unable to fix damage on the Railjack which will eventually end in the mission failing.

Depending on what you are repairing, a certain amount of Revolite is consumed for each time you repair damage on the Railjack.

Flux Energy is required to power battle and tactical avionics which is consumed when these are used and by an amount depending on what avionics they are being used for.

Having battle or tactical avionics while running on little to no Flux Energy will render them unusable until more is crafted.

You may freely craft Flux Energy at the Drydock but in order to craft it during missions, you need to have at least rank 2 in your Engineering Intrinsics.

In order to craft 100 Flux energy, you will need 15 Copernics and 15 Cubic Diodes 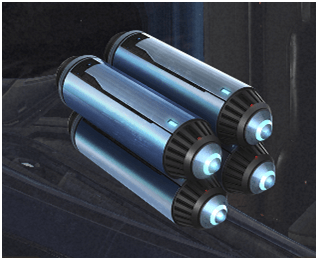 Munitions serve as the ammo that is used when using your Railjack’s Ordnance which plays a big role in missions due to the large amount of damage that can be done with them.

In order to use the Ordnance, you will have to have munitions either crafted in advance or you may craft them during missions if you have collected enough resources for it.

Your Ordnance will be unusable unless your Railjack has munitions, other than that, it will be useless.

Engineering Intrinsics are require to be rank 3 in order to craft munitions during missions.

You may craft sets of 5 munitions for 10 Carbides and 10 Copernics. 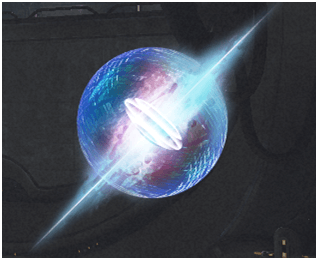 Dome Charges serve as ammunition when it comes to using the Railjack’s forward artillery which serves as means to dealing heavy amounts of damage, capable of severe destruction and even blowing up crew ships.

The stock for Dome Charges is not as high as most resources so it is wise to make every shot count and use them at the right moment.

You will need to be at least rank 5 in engineering to craft dome charges.

Dome Chargers may be crafted by 5 pieces per crafting at the cost of 20 Carbides and 20 Pustrels. 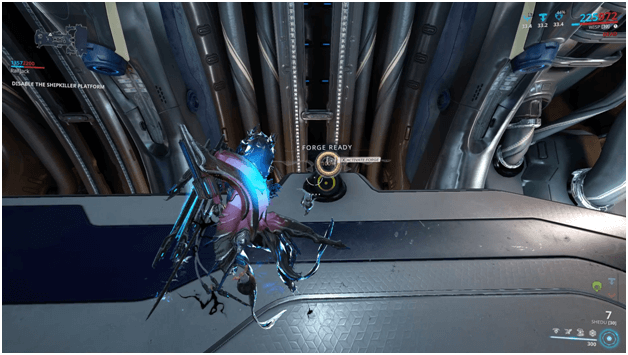 While in missions, the Payload menu is a bit different and you will not be able to craft as much as you want without a cooldown.

There are four forges located in the back of the Railjack where you can monitor resources and craft the Payload that your Railjack needs.

Every time you use a forge, a cooldown will occur which means you can use up to four of them then wait for them all to finish cooldowns.

A short animation is shown where your Warframe will pull down the forge before the Payload menu appears. 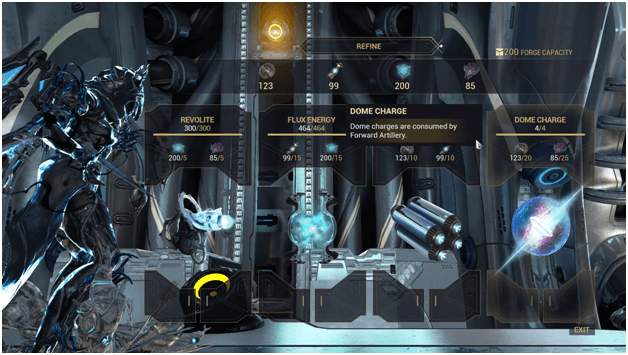 To craft resources, simply open up the forge and choose which resource you wish to craft but keep in mind that there will be a cooldown and that you will need resources.

If you have no resources, you will not be able to craft the Railjack’s needs which means you will need to either farm resources nearby or head back to the Drydock.

It is best to always restock all your resources by crafting what you need before heading out and also making your way back to the Drydock.

Heading to the Drydock to craft the resources need can save a lot of time and wont risk your Railjack’s survival during missions unlike accessing the forge which limits you with a certain amount of resources and a cooldown you need to wait for. 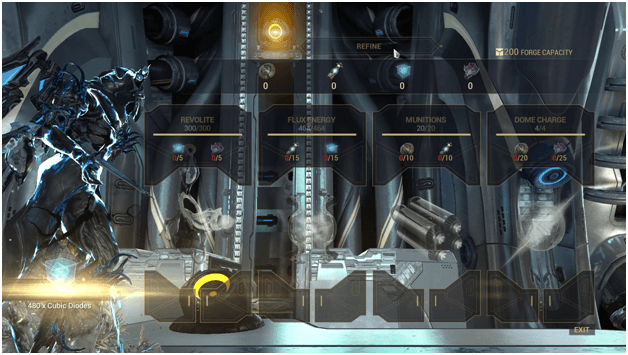 Resources collected will automatically go to your forge so you can craft during missions but later on you can withdraw these to keep but will no longer be able to put them back.

You can always collect resources one more so that your forge will have supply for you to craft the Railjack’s needs.

Refining resources will give 2 times or even more resources back depending on your Engineering Intrinsics rank.

It is common for players to refine the resources before heading to the Drydock or when they are full in order to give everyone a good amount of resources.

This is usually done at the end of a mission regardless whether heading back to the Drydock or moving to another mission.