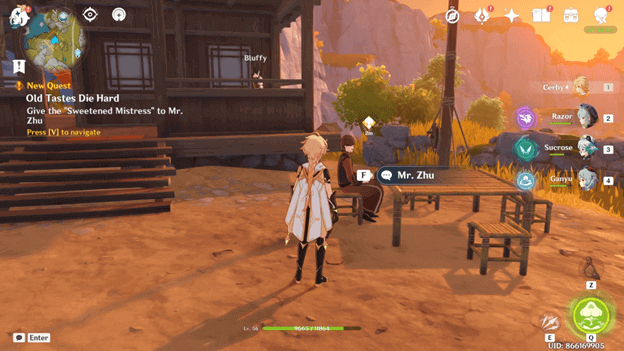 As you travel in Liyue, you will meet a man named Mr.Zhu who is sitting alone and seems to be thinking deeply about something.

Upon speaking to the man, he speaks about one of his favorite dishes that he wishes he could eat again as it was delicious.

He remembers a dish from his past that he has never been able to recreate and it is up to you to help him out with doing this.

How To Get Old Tastes Die Hard Quest?

The Old Tastes Die Hard world quest can be started by speaking to a man named Mr.Zhu, who is located in the Sea of Clouds area in the Guili Plains. 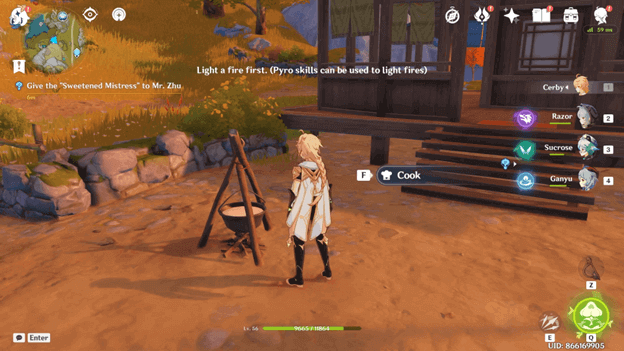 Speaking to Mr.Zhu will allow you to start the quest and he will tell you about his travels where he would taste all kinds of food.

It appears he has a restaurant and recreates some of the dishes but there is one dish that he was never able to create.

He will explain what he remembers from the dish and by the way he describes it, you will be able to come up with a way to recreate the dish.

2) Give the “Sweetened Mistress” to Mr. Zhu

You will need to cook a Sweetened Mistress (which is what he calls it) but this is the Sweet Madame Dish.

There will be a nearby cooking pot that you can use to cook the dish, but you may need to start the fire with a Pyro character.

Start cooking and select the Sweet Madame dish (the quality of the dish does not matter) and you will then need to bring it back to him.

As you approach, he will already be sampling the food and will remember that it is indeed the dish he was thinking about.

Talking to Mr. Zhu will result in him thanking you for the meal and he will reward you for your trouble.

After speaking to Mr. Zhu the quest will be completed.

After you have completed the Old Tastes Die Hard quest, you will receive Adventure EXP and Mora as well as additional rewards. 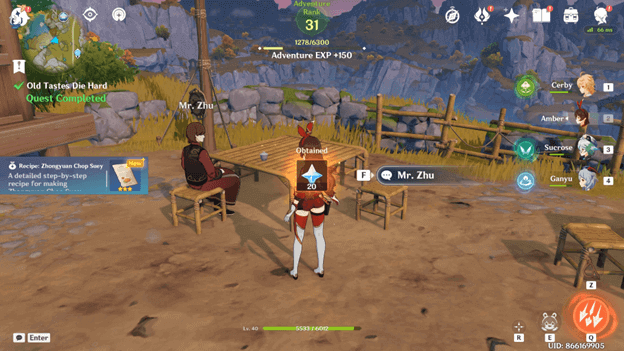 It looks like Mr. Zhu may have had an idea about the food, but he had gotten the name wrong and now you have helped him figure it out.

Not only did you help out another adventurer, but you also got a little something in return for your effort in cooking his dish.

This is the world quest you need to complete relating to the matter of how to get the Zhongyuan Chop Suey recipe in Genshin Impact.