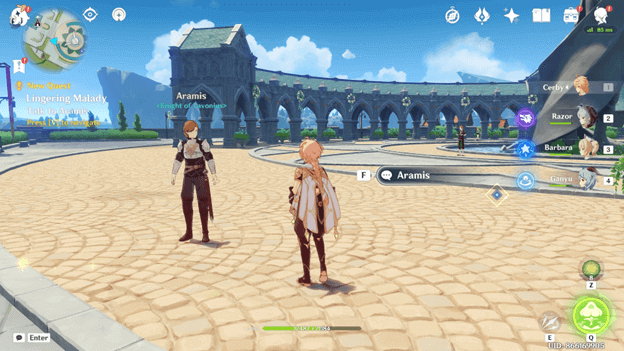 If you have ever flown around Mondstadt City, you may have noticed the flyers on the roofs of buildings, and this is where they are interacted with.

Aramis needs your help as he has been tasked with helping the citizens whose posters and a billboard have been lost during a storm.

The Lingering Malady world quest involves you helping Aramis collect posters that have flown around after the previous storm.

How To Get Lingering Malady Quest?

The Lingering Malady world quest can be obtained by speaking to Aramis who will be marked with a world quest marker on your map.

This quest will only be available once you have reached Adventure Rank 30 or higher and will be activated after speaking with Aramis who is near the courtyard. 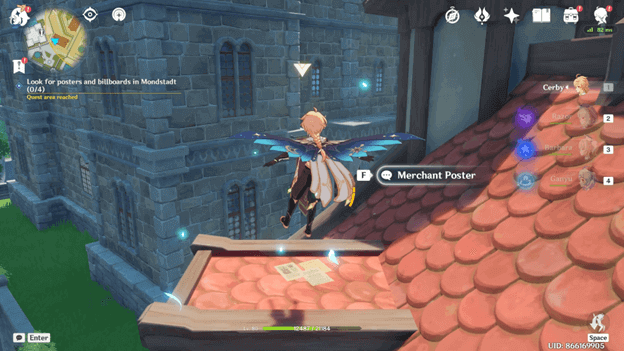 Speaking to Aramis will begin this quest and he will explain how the posters and billboard have been blown away.

As he is unable to find them due to his weak legs, he will need your help in retrieving them so he can bring them back to the citizens of Mondstadt.

2) Look for Posters and Billboards in Mondstadt

You will need to search for 3 posters and 1 billboard around Mondstadt and these can easily be found if you jump to view the area from higher locations.

The following are the locations of the posters and billboard: 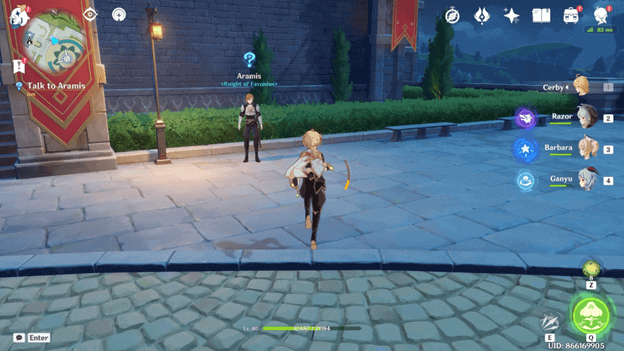 Once you have obtained the posters and billboard, head back to Aramis who will take over the task from there on.

You can find him still patrolling the courtyard and after speaking to him the quest will be over, rewarding you in the process.

After you have completed the Lingering Malady quest, you will receive Adventure EXP and Mora as well as additional rewards. 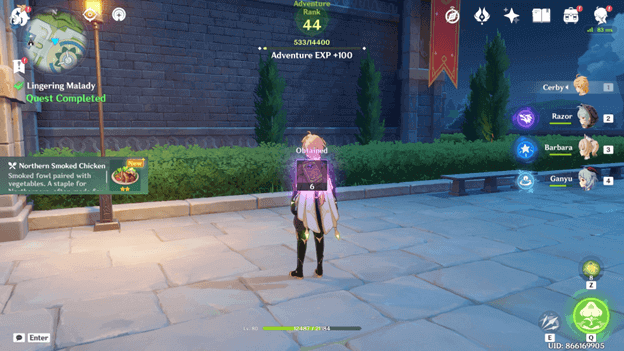 Originally it was supposed to be Aramis who needed to collect the lost posters and billboard but thankfully you were there to help him out.

It seems that even the simplest of tasks require the Traveler’s help, but the rewards are still nothing to look down on.

Who knows what other minor tasks the citizens of Mondstadt will need help with, luckily you are there to help sort things out.