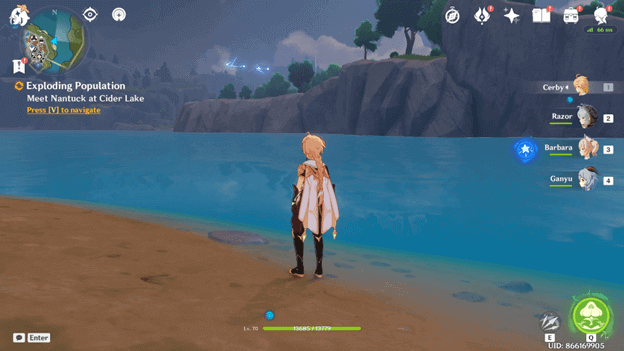 A member of the Fishing Association has posted a commission that involves their need for help catching numerous species of fish.

You will need to learn how to fish and help Nantuck out by catching fish, which they need for their research as the population of fish has been growing.

During this quest you will learn how to fish as well as unlock the fishing system in Genshin Impact, allowing you to fish out in the open.

How To Get Exploding Population Quest?

The Exploding Population world quest becomes available once you have unlocked the Serenitea Pot system, which is done by completing A Teapot to Call Home world quest.

A Teapot to Call Home can be obtained once you have completed Chapter I Act III – A New Star Approaches. 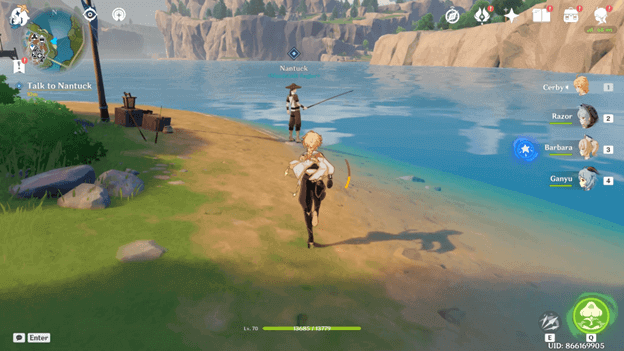 1) Talk to Katheryne in Mondstadt

Once you have this quest, you will need to head over to Katheryne in Mondstadt and speak to her as she will give you a special commission.

After speaking with Katheryne, head over to the waypoint marking the location of where Nantuck will be so you can speak about the situation regarding fish.

Nantuck will talk about the increasing population of fish and the lack of manpower to help catch fish for research.

After speaking with Nantuck, he will tell you that you will meet at Cider Lake to begin, and you can head over by using the nearest Teleport Waypoint or walking.

Nantuck will give you a fishing rod, bait as well as formulas that can be used later when you want to craft more bait.

He will give you an introduction and explain how to fish, which you can easily do later on when you start and this should not be too difficult to pick up. 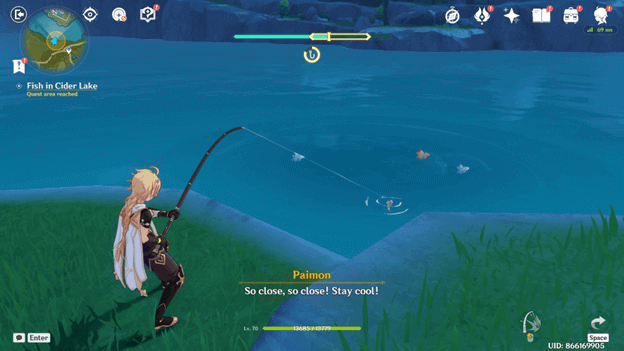 Approach the fishing spot and a prompt will appear, allowing you to fish, which you will need to do and catch at least 1 fish.

After catching a fish, head over to Nantuck and talk to him, where he will explain that you have caught a new species of fish.

Nantuck will decide to give you a more challenging task, which will be to catch an ornamental fish that are known to be livelier and more valuable. 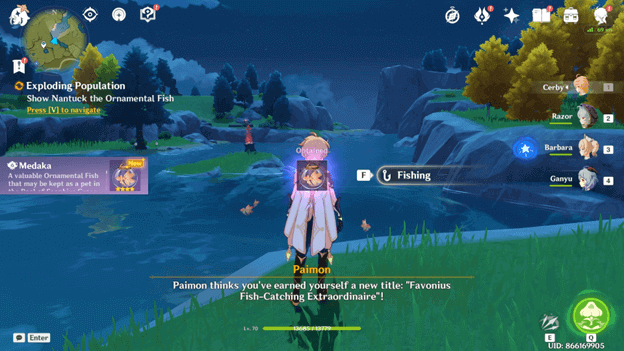 6) Catch an Ornamental Fish in the Stormbearer Mountains

Your next task will be to head over to the Stormbearer Mountains, where you will attempt to catch an ornamental fish.

If you have already unlocked the Teleport Waypoint, you can easily reach the location and once you arrive, you will need to start fishing.

Use a Waypoint Teleport to head back faster to Nantuck, who you must speak with after you have caught an ornamental fish.

After speaking to Nantuck, he will explain more about fishing and the world quest will be completed shortly after.

During the Exploding Population quest, rewards will be obtained as you are in the middle of it and you will receive the following:

At the end of the quest, you will receive the following: 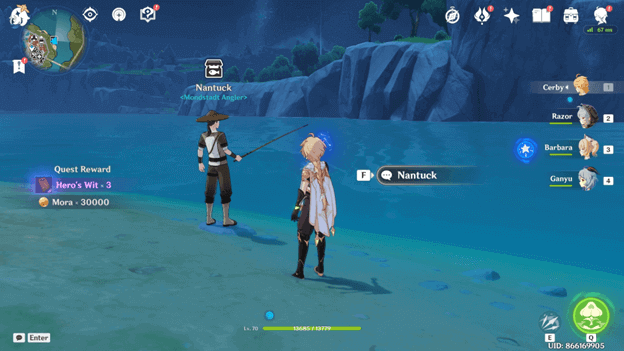 While the population of fish has been increasing, it looks like the Fishing Association needs help with studying the new species that have popped up.

As it turns out, you seem to be a natural when it comes to fishing (especially since that’s how you stumbled upon meeting Paimon) and this is an easy task for you.

After you have completed this quest, the Fishing System will now be unlocked and you will be able to fish whenever there is an available fishing zone.