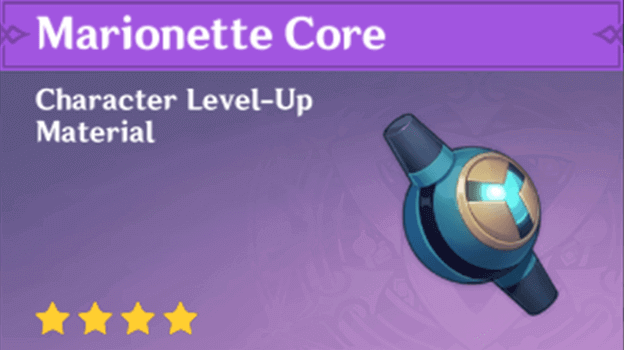 If you are looking for some Marionette Core in Genshin Impact, you’re probably on the verge of making one or more of your Anemo characters stronger.

A Marionette Core is a type of Character Level-Up Material that can unlock the potential of certain Anemo characters.

One Marionette Core will not be enough though and you will eventually need a good amount of them, but this can sometimes be a challenge for those who are not prepared.

Where to Get Marionette Core?

The Marionette Core will only drop from the Maguu Kenki, a boss from Inazuma that can be found around Serpent’s Head on Yashiori Island.

How to Get Marionette Core? 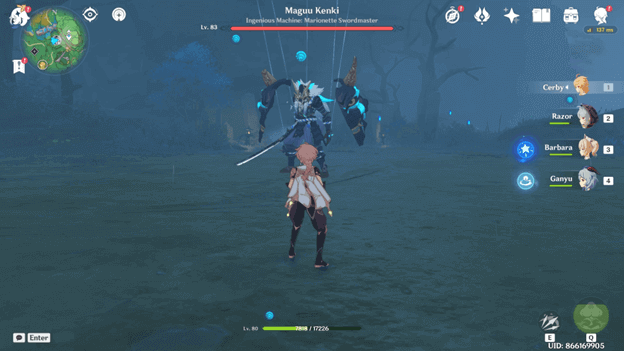 To Get Marionette Core, you will need to defeat the Maguu Kenki and the amount that you obtain as a reward will depend on your World Level.

The Maguu Kenki will have a shield that consists of two sides of a mask that it uses to block and summons spiritual forms to attack you.

You can evade most of its attacks easily by timing your dodges right and keeping your distance when it unleashes large-area attacks.

After defeating the Maguu Kenki, you may interact with the Trounce Blossom to claim Marionette Cores as well as other rewards for 40 Original Resin.

The only use for Marionette Cores as of now is for ascending specific characters, ones with Anemo Visions to be precise.

Characters That Use Marionette Core

There are currently 2 characters in Genshin Impact that require Marionette Core to ascend, both being Anemo characters.

It is best to keep within close range of the Maguu Kenki when fighting as attacking it from afar may trigger a parry, making it immune to damage.

There will be phases where it attacks you and leaves itself vulnerable, especially when it exposes its back to you.

Making use of the Maguu Kenki’s sluggish attacks will allow you to easily defeat it and get you one or more Marionette Core per fight.