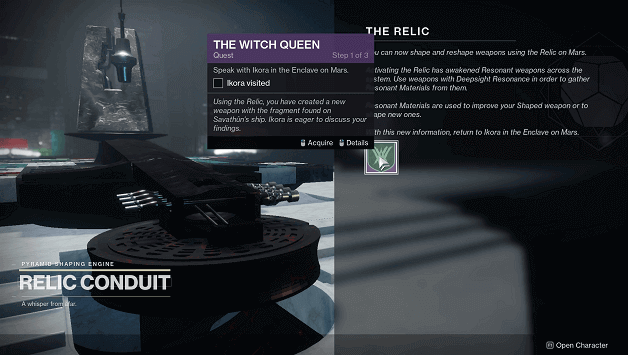 After creating a weapon using the fragment that you found on Savathun’s ship, it’s time to discuss other matters.

Ikora still needs to know how Savathun has acquired the Light and to figure out, a bit of investigating needs to be done.

During this quest, you will encounter a strange ally who may be of use to the upcoming events of The Witch Queen campaign. 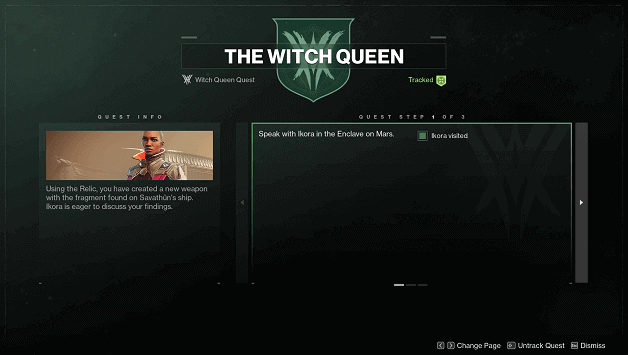 Step 1) Speak With Ikora in The Enclave on Mars

Head over to The Enclave on Mars which can be done by fast traveling and speak to Ikora about your findings.

After talking with Ikora you will need to complete a mission called The Investigation which sets you on the path nearing the main campaign.

Step 3) Speak with the Hive Ghost

You have encountered a strange voice and get to see who they are at the end of The Investigation mission, and now it’s time to formally meet them. 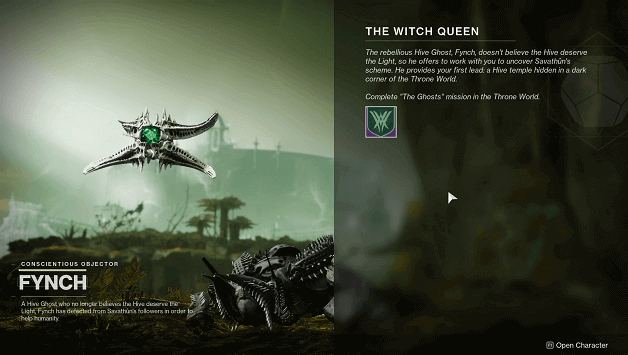 It looks like you have gained a new ally who appears to be the ghost of a fallen hive enemy, who now wishes to change sides.

With Fynch’s help, you may just be able to get all the information you need as he claims to know where all Savathun’s secrets are.

The Throne World will now be more accessible from this point and your journey to starting The Witch Campaign begins here.