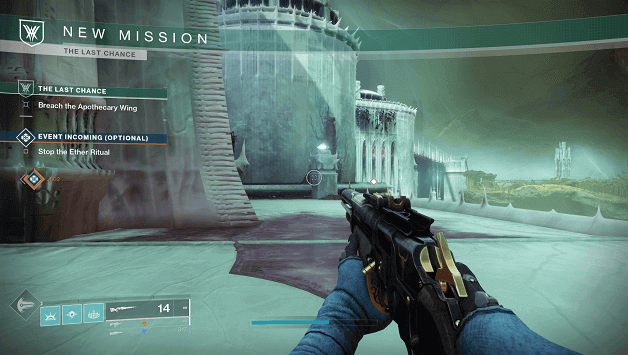 After a failed previous attempt to enter the Altar of Reflection, you have now been sent to a fortress to infiltrate it and find a particular crystal shard.

The crystal dates way back to Savathun’s time and you must retrieve it to help the Vanguard get back on track.

Once the shard of crystal has been obtained, you will later on attempt to enter the Altar of Reflection once again hoping to be successful.

How To Get The Last Chance Mission?

The Last Chance mission is unlocked after you have spoken to Ikora during Quest Step 12 of The Witch Queen campaign. 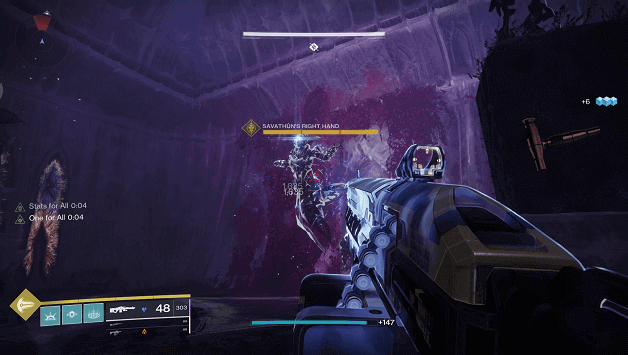 Continue following the waypoint to each next area where there will be Lucent Swordbearers that you need to defeat to obtain their relics.

The relics (Lucent Swordbearer swords) are needed to destroy glowing formations which allow you to interact with illusions to open up new paths.

Each area requires you to take relics from Lucent Swordbearers to open up the paths to proceed further and eventually you will reach a large circular hall.

Within the hall, there will be a Lightbearer Acolyte which you need to defeat to progress further towards the next waypoint.

After defeating the Lightbearer Acolyte, there will be a loot chest and you can continue making your way down following the waypoint again.

You will find yourself in a large area where there will be two glowing formations that need to be destroyed with relics. (formations will be marked when holding relics)

A loot chest will appear near the entrance of the Apothecary Wing which you may now enter and continue infiltrating.

Once again you will find formations that need to be destroyed with relics, requiring you to find and defeat the Lucent Swordbearers to get them.

You will need to continue fighting past enemies and use the illusions to make new paths appear until you reach the higher part of the wing.

After reaching the top, you will find a group of acolytes performing a ritual, and shortly after, “Savathun’s Right Hand” will appear.

The Savathun’s Right Hand boss will appear and you will need to fight it as you make your way further towards the shard of crystal.

Each time you take out a portion of its health, Savathun’s Right Hand will escape and enemies will spawn, forcing you to fight them before moving forward.

There will be three instances where you need to fight hordes of enemies and fight Savathun’s Right Hand until you reach the end where you finally kill it.

After defeating Savathun’s Right Hand, a loot chest will appear and you will then need to jump up to obtain the shard of crystal.

Once you have obtained the crystal, a short dialogue will occur and the mission will end shortly after. 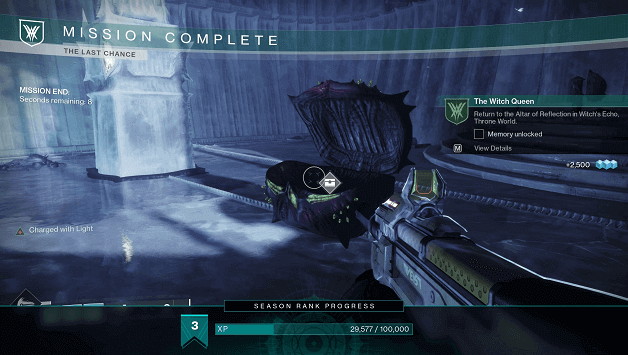 After defeating Savathun’s Right Hand, not only did you strike a heavy blow, but you also obtained the crystal and brought the Vanguard one step closer to victory.

Obtaining the crystal has given the evidence needed, proving that Ikora’s instincts have been right from the very start.

Although this does not give all the answers needed, your next move will be to head to the Altar of Reflection once more to unlock the memory.