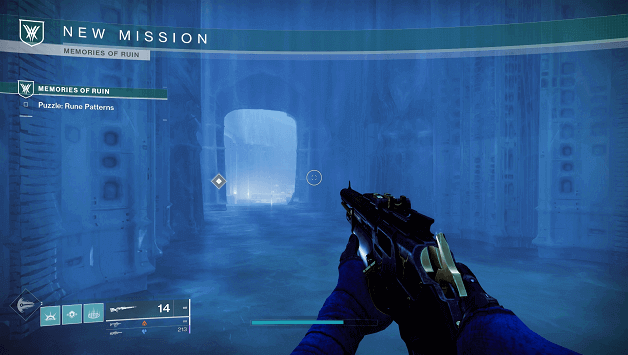 After obtaining a piece of Oryx’s Tablets of Ruin, it is suggested that you head back to the Altar of Reflection to witness another one of Savathun’s Memories.

You will need to make your way towards the Altar of Reflection but it appears a previous portal is gone, which requires you to find another way.

By witnessing another one of Savathun’s memories, the Vanguard may be able to get an upper hand and find clarity on the current situation.

How To Get Memories of Ruin mission?

The Memories of Ruin mission is obtained after you complete Quest Step 7 of The Witch Queen, which requires that you finish “The Lightblade” Strike for the first time. 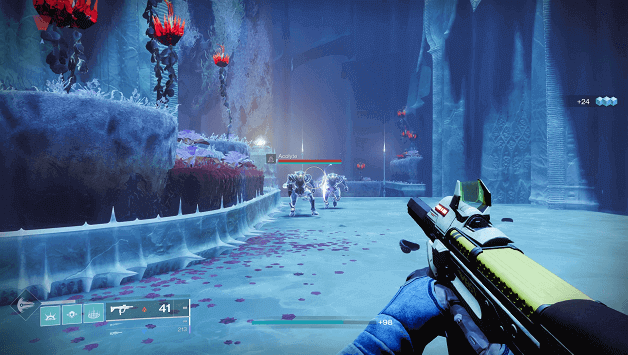 To gain access to the Altar of Reflection you will need to approach the puzzle area and attack the correct columns of glyphs.

Hitting the wrong glyphs will cause them to reset and you will need to get 3 in a row to open up the path.

For our run it was the second, last and sixth columns that completed the puzzle, afterward, you can enter the next area.

A gate will open up and you will find yourself in an open area where there will be Lucent Archivists guarding the area.

You will need to continue making your way through the area and defeat the enemies along the way to proceed.

Once all of the enemies have been defeated, you will need to make your way to the Altar of Reflection, which is marked by a waypoint.

You will need to interact with it to do the “View Memory” action, allowing you to access Savathun’s memory.

Savathun’s memory will play and you will need to wait for it to finish before the mission comes to an end.

Simply have one person figure out which is the first column by having him shoot each of the columns with their weapon.

Once the first column has been discovered, have them shoot the first one again before shooting each of the other ones to discover the second column.

The same is to be done with the third column in order to figure out the sequence to solve the puzzle.

Since this is a shorter mission than most, there is currently no Memories of Ruin difficulty selection when players choose to complete it on higher settings.

Instead you may simply play this mission on its default since it is more of a storyline filler to get players going in the right direction during The Witch Queen quest.

Completing this mission will allow you to progress to Quest Step 9 in The Witch Queen Campaign. 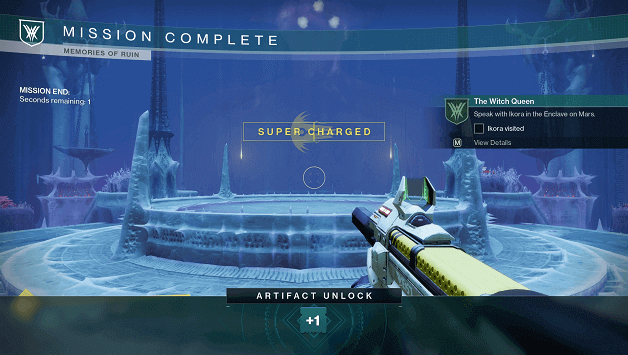 After viewing Savathun’s memory, it appears that she plans to pull the Traveler into her throne world and seal it away.

Ghost explains that the connection to the Light would be lost forever if she succeeds, which means something must be done about it.

The only next move for the Guardian is to speak with Ikora in the Enclave on Mars and maybe she will have an idea of what comes next.