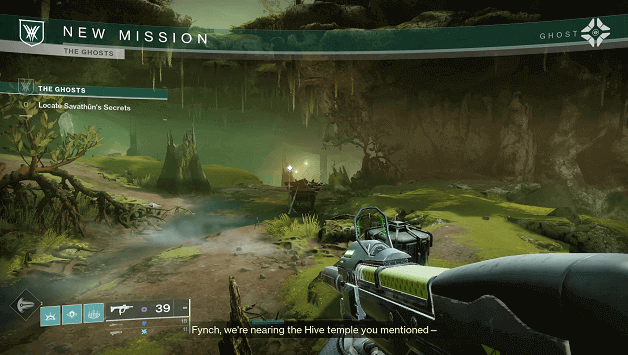 The Guardian makes their way to a Hive temple which needs to be infiltrated as they attempt to search for a ghost called Sagira.

Sagira was the ghost of Osiris and it turned out Xivu Arath was able to steal her shell, which makes it necessary to get the ghost back.

You will need to fight your way through the temple, guided by Fynch to locate Sagira and take her back from the Hive temple.

How To Get The Ghosts Mission?

You can get The Ghosts mission by starting The Witch Queen quest, making this the first mission that you will need to do in the campaign. 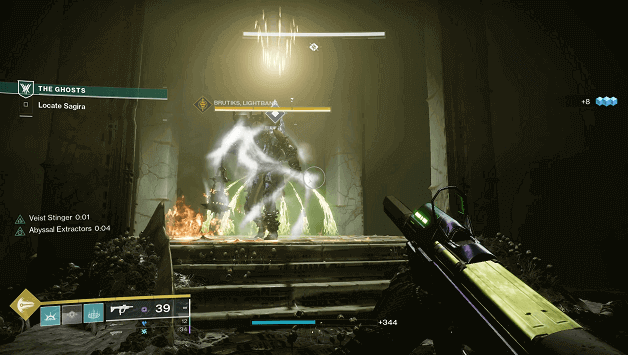 You will be starting in Quagmire on Savathun’s Throne World near the entrance to the Hive temple that you will need to make your way to.

There will be enemies nearby and you will have to fight your way past them, so be prepared for a fight as a Lightbearer Wizard will be nearby.

Defeat the Lightbearer Wizard and destroy its ghost (do a finisher and target the ghost) so that a Shrieker appears, which you destroy to remove a barrier.

Continue making your way through the Temple of the Wrathful and Fynch and Ghost will begin talking about the situation, mentioning Osiris’ ghost.

You will come across a large room where the Hive and Scorn are fighting and will have to clear out all enemies so you can proceed. (There will be a loot chest afterward)

After the fight you will need to cross a large cave that is very dark, requiring you to shoot the orange sacks on the wall for a light source.

As you exit the cave there will be a Scorn Walker, which will be blocking the way and must be destroyed to allow you to proceed. (shoot its legs to reveal weak spots)

Once the Scorn Walker is gone, head inside and clear out the enemies and kill the Shimmering Chieftan to make the nearby crystal vulnerable, which you break to open a door.

You will need to climb a large gap by heading up and following your waypoint which will lead you near the entrance to where Sagira is supposedly being kept.

Once you are near the entrance where Sagira is kept, you will have to clear out enemies and destroy 2 crystals to open it up.

Clear out the enemies and defeat the Shimmering Chieftans to open up the entrance and jump down to proceed.

A large Scorn boss will appear (Brutiks, Lightbane) but he will be invulnerable, which requires you to destroy crystals in the area.

The crystals will be located in the areas that surround the circular room that you are in and you will need to defeat more Shimmering Chieftans to destroy them.

You will need to shoot the orange sacks on the wall to generate light to navigate through the area better or else it will be very dark.

You will need to destroy a total of 3 crystals before the last one appears where Brutiks spawned and after destroying it, he will disappear.

A loot chest will appear near the entrance so make sure to grab its contents.

A large Scorn boss will appear (Brutiks, Lightbane) but he will be invulnerable, which requires you to destroy crystals in the area.

The crystals will be located in the areas that surround the circular room that you are in and you will need to defeat more Shimmering Chieftans to destroy them.

You will once again find yourself traveling in a dark cave and will need to follow the waypoint which leads you to a psychic presence.

Activate it to reveal a path along with some climbable surfaces that will help you maneuver through the area until you reach another one nearby.

Once you activate the second psychic presence which will unlock another path that leads you down a hole where Sagira is being kept.

Brutiks will appear once more and this time he will stay to fight you, but you will need to make him vulnerable first.

There will be several enemies in the area but you will need to focus on finding the Shimmering Chieftains who need to be killed, and nearby crystals destroyed.

Once enough crystals have been destroyed, you will be able to deal damage to Brutiks and after a health bar has been depleted, you will have to repeat the same steps.

After you have defeated Brutiks, the barrier blocking Sagira will disappear and you will be able to take her, ending the mission shortly after.

Aside from experience and a few other goodies such as gear and upgrade modules, you will have already obtained a ton of loot from the loot chests.

Speaking to Ikora later on will reward you with the Empirical Evidence Legendary Sidearm.

Sagira’s Shell will be added to your inventory as a quest item. 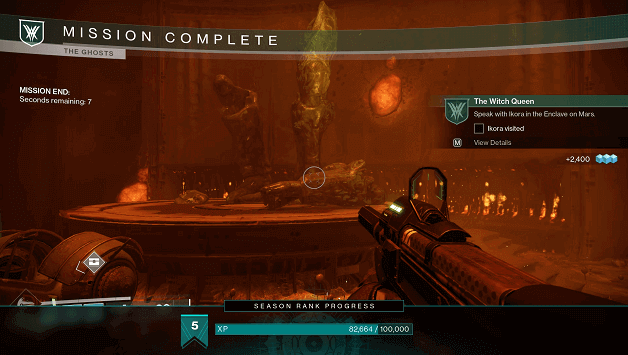 After taking Sagira’s Shell, a strange voice is heard which speaks about “The Witness”, while Fynch gets excited about earning everyone’s trust.

Although Fynch has aided you, the others are still a bit cautious about him and things will seem to stay that way until Savathun is stopped.

You have retrieved the remains of Osiris’ ghost Sagira and have been instructed to bring them back to Ikora at the Enclave.