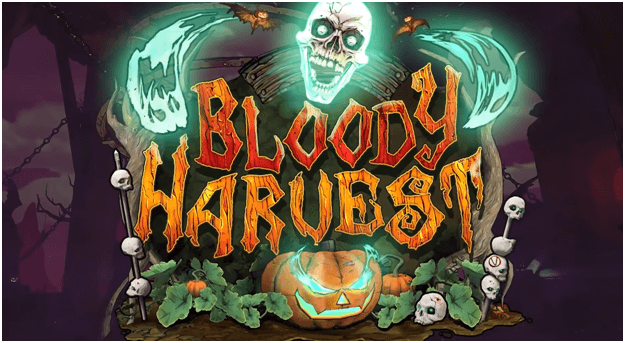 As October nears, we can expect a lot of things coming to Borderlands 3 which comes along with the Bloody Harvest event, announced recently on the Borderlands show.

The Bloody Harvest Event is expected to have new content released with it and Halloween related activities for us to enjoy as well as unique event related reward for those who participate with the event and its challenges. 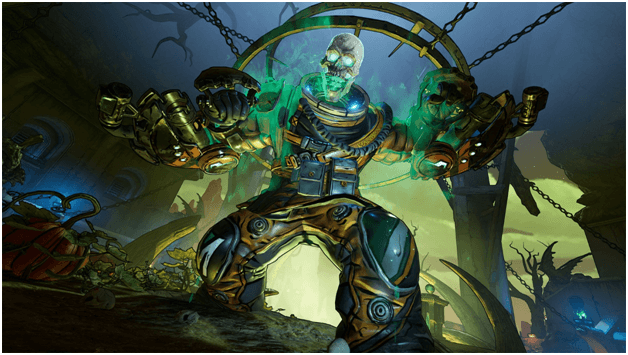 Paul Sage, the creative director of Borderlands 3 states that it is actually real content as an explanation that it’s something that we get from what we spend on the game and really adds to being part of it.

It’s been revealed that there will be a mission to go along with the event along with multiple challenges, enemies, equipment and much more loot for us to enjoy.

Paul mentions there will be new additions with the event such as 2 brand new guns, anew shield, anew grenade mod and more which are themed for the event. 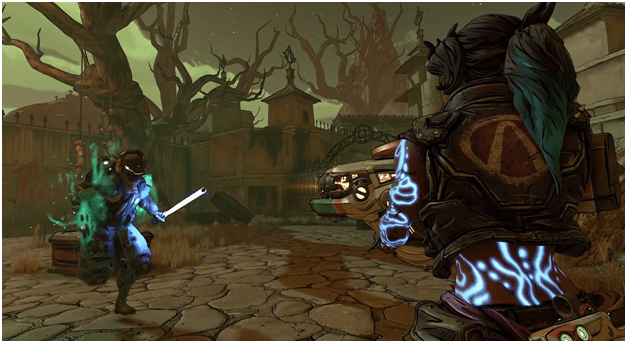 A new debuff has been created which is known as “Terror” which as explained by Paul is said to affect the weapon sway and aim of the character with the edition of effects on your screen.

Now this sounds like it may be a very annoying debuff especially since it adds to the other debuffs that already exist making things harder but it has also been said that there is specific gear that can help with the effects.

Paul stated that “there is also anointed, what we call parts that affects terror so there is some of these parts that will take terror and turn it to your benefit, finding these different parts is part of it”.

So not only do we have a debuff but it looks like they have also implemented a system to go with it that allows us to make use of the debuff and use it to our advantage with items we may acquire during the event. 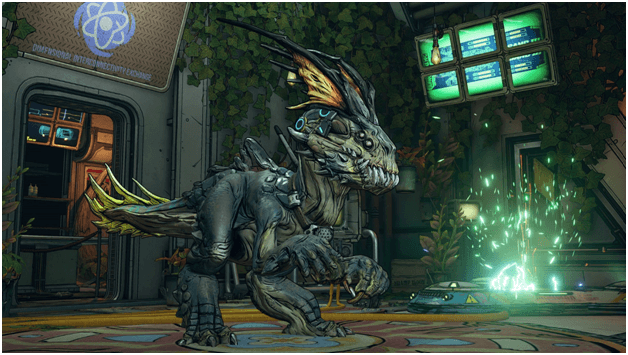 If some of you may have seen, you might think that this dinosaur-looking creature may be an addition to enemies or perhaps a pet or mount, well your wrong, this is Maurice.

Maurice is a Saurian and said to be the guide to all of the seasonal events that will come in Borderlands 3 and is to show up on Sanctuary so don’t be surprised if you see this cutie onboard your ship.

Bloody Harvest is known to be active in October but if you are unsure if it is active or not, the moment you see this Saurian on Sanctuary is definitely a sign that it is.

When Bloody Harvest as well as other events are active, Maurice will be the one who will talk to you and explain about such events. 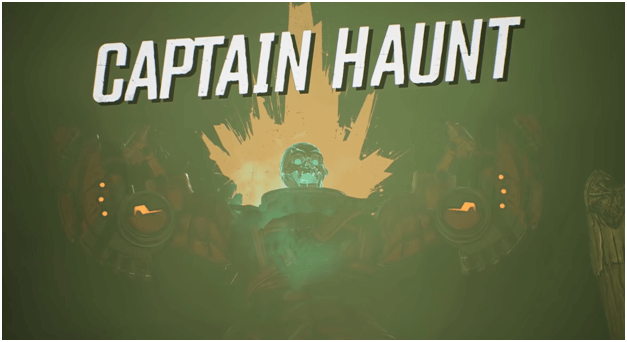 It has been confirmed that here will be a new boss who may be called “Captain Haunt” who will most likely be the boss for the event of the theme.

Certain enemies around the game will also be haunted or possessed which will spawn ghosts of different types when you kill them.

A special drop from these ghost will be something known as “Hectoplasm” which can be collected later on during the event and when you finish off these ghosts in whatever manner possible.

It is mention that you may collect Hectoplasm you may then enter the map where “Captain Haunt” is as well as the said special map to reap the rewards for your hard work during the event. 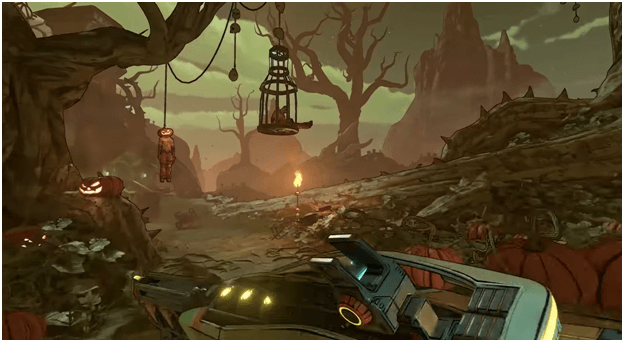 The duration of the event is said to be about 1 and half months so there is pretty much a good amount of time but its best to try to accomplish the challenges and participate as much as you can early on.

One thing to keep in mind that during such events, the items available will be yours to keep but once the event is over, they are unobtainable after on as Paul says “this is all something that goes away” emphasizing on it being a limited time event.

Its best to enjoy the event while it lasts and take up any challenges you can as soon as possible so you don’t miss out on anything so grab some buddies and take on this new event!