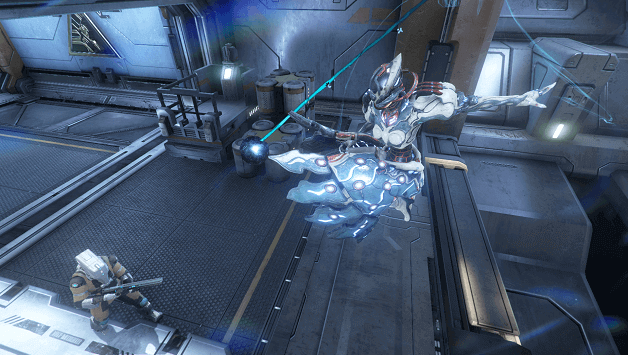 Gyre is a Warframe that is capable of dealing a good amount of damage and can successfully initiate crowd control on groups of enemies easily.

She rules the battlefield with her electricity-based abilities and can keep enemies at bay, protecting her and her allies while killing enemies.

Many of her abilities work together and can be combined to deal insane amounts of damage or to strategically disable enemies.

Also read this guide to know how to get Gyre

Standard Build (All Around Build) 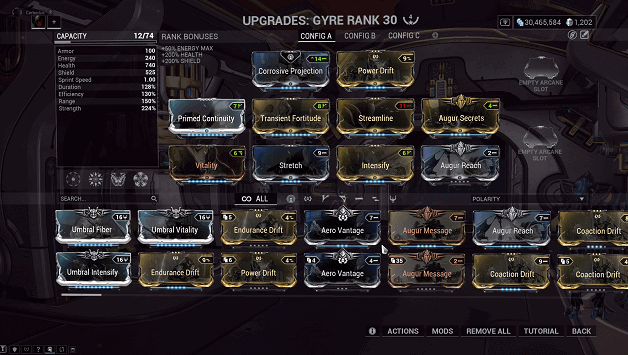 An easy way to get in touch with Gyre’s abilities is to start with the Standard Build, which gives a good amount of stats in all the right places.

With ability strength as the highest, we still have an additional boost in duration, efficiency, and range to further improve her abilities.

Using this build will give a good feel of Gyre’s abilities and can later be a base build for when creating new ones instead of beginning from scratch. 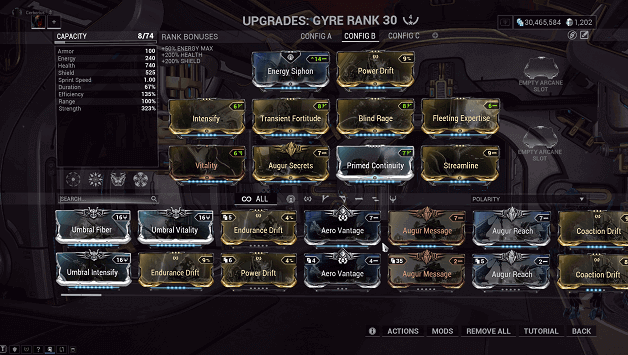 With Gyre’s ability to deal massive amounts of damage, the Nuke Build makes for a splendid build to use or kick off with when making new builds.

This allows you to maximize damage output while also disabling enemies with their abilities, allowing players to quickly stop or kill large groups.

With a high ability strength of 323% (Umbral Mods can replace some mods to increase this) Gyre can easily deal large amounts of damage, especially by using multiple abilities. 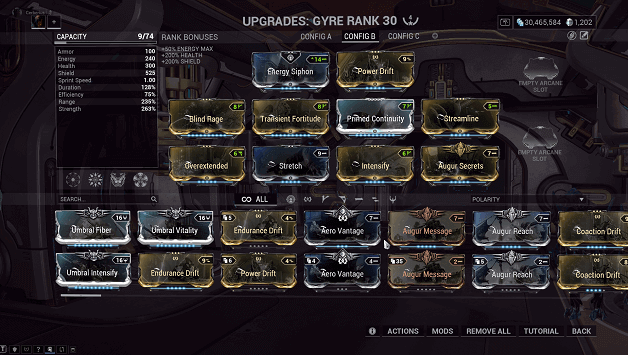 Gyre’s Arcsphere ability has a high range and deals more damage based on the number of enemies that are within its range, making it good to have a better reach.

Modding for both damage and range, the Arcsphere Build, which can also be considered the Coil Horizon Build, can cover large areas and kill enemy groups quickly.

The best way to utilize this build is to use Coil Horizon to pull in enemies and to use Arcsphere to damage everything within the radius.

This build makes it easy to protect locations or to quickly eliminate enemies, allowing Gyre to control areas easily and protect her allies. 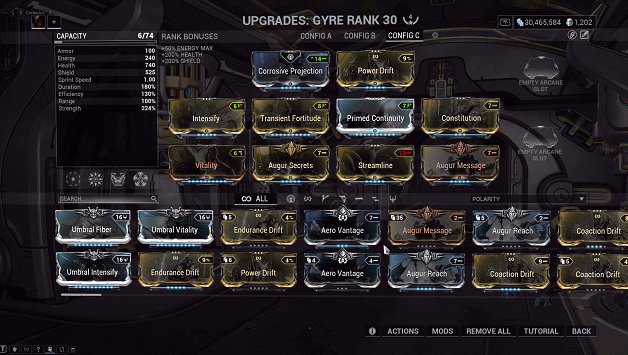 For those who prefer to do more critical damage as well as use some abilities along the way, the Cathode Grace Build is a top choice for a different playstyle.

Players who wish to utilize critical damage and abilities can sort to this build as it helps prolong the effects more as well as increase the bonuses.

Mods like Vitality may be replaced with the Blind Rage mod to increase the ability power of the build to add more critical chance and energy regeneration.

Using this build is great for players who rely on critical damage output and need more energy when they are in fights.