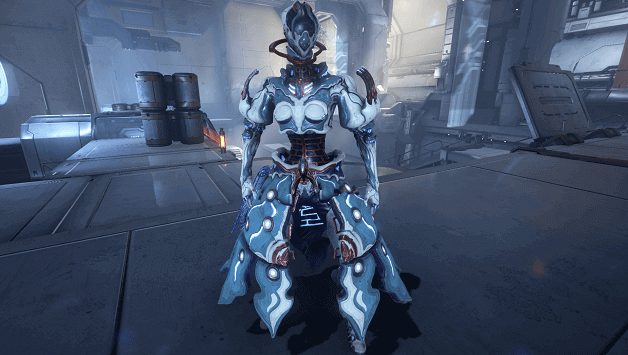 “Gyre embodies elegant theory. Annihilate enemies with the conductivity of coils and transmitters..”

Gyre is the pure symbol of electricity and spiral mayhem, capable of unleashing devastating abilities to damage enemies or empower her.

Enemies that get too near will suffer from her electric fields while those who are afar are easy targets for her electrical area attacks.

She is excellent against large groups of enemies thanks to her many abilities that damage, disable and even destroy them in seconds.

How to Get Gyre? 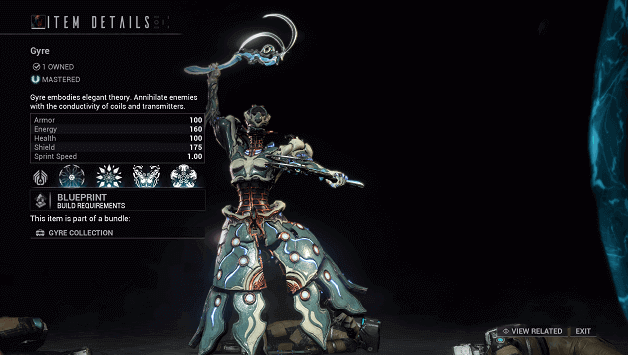 You can obtain all of the Gyre components and main blueprint by completing Holdfast Bounties, obtaining them as rewards by chance depending on the drop table.

Holdfast Bounties can be started by heading over to the Chrysalith and speaking to Quinn, who will offer you different bounties with different difficulties and rewards.

How To Get Gyre Blueprint?

The Gyre Main Blueprint can be obtained by completing Zariman Bounties with a level of 110 – 115 and having a 12.50% chance to drop.

How To Get Gyre Parts?

Completing certain Holdfast Bounties at the given difficulties have a chance at rewarding you with the following Gyre components:

The following are the location of each of the Gyre components:

All of the Gyre Components and Main Blueprint are acquired from Holdfast Bounties from Quinn at the Chrysalith.

Holdfast Bounties become available after you complete the Angels of the Zariman quest. 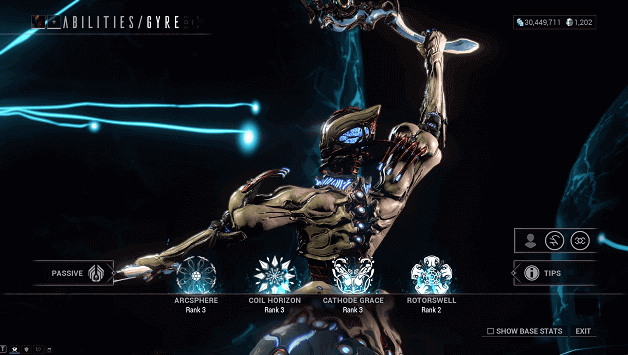 Gyre can send out Arcspheres that deal damage to enemies, especially when more are around, and even unleash a trigger-detonated blast with Coil Horizon.

She can buff up her critical chance as well as increase her energy regeneration with her Cathode Grace ability.

Summoning forth spinning mechanisms, Gyre can generate an Electric Field to shock enemies and damage them with electrical discharges.

Gyre’s abilities gain a 10% chance to deal critical damage for each electrical status that the enemy is affected by. 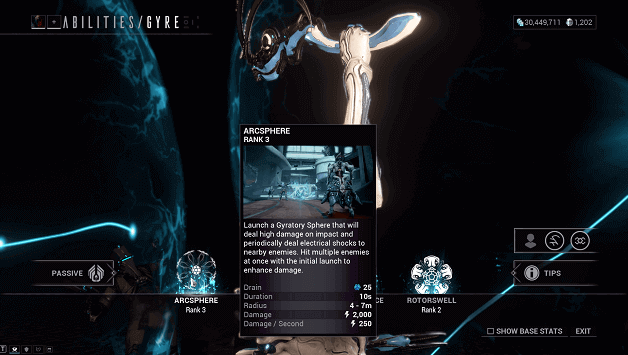 Gyre tosses a Gyratory Sphere that deals high damage on impact which afterward deals shocks to enemies within its range.

The more enemies that are hit with the initial impact of Arcsphere, the more damage the ability will deal.

Using Arcsphere can make it easy for Gyre to kill multiple enemies within a small amount of time, making it excellent to use against large groups. 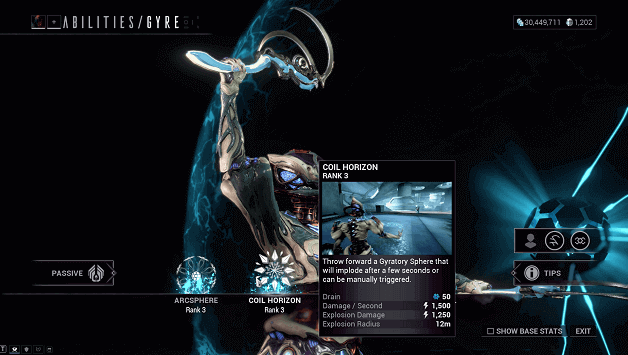 Gyre tosses a Gyratory Sphere that will implode after a short amount of time, dealing both damage on contact as well as implosion damage.

Hitting an enemy causes Knockdown and deals damage per second while the sphere implodes after an amount of time or when manually triggered. (Recast Ability)

This allows you to deal a ton of damage to enemies by first hitting them for initial damage and causing the implosion afterward to deal damage in an area.

Enemies hit by the initial projectile and damaged by the implosion are guaranteed to become affected by the electricity status effect. 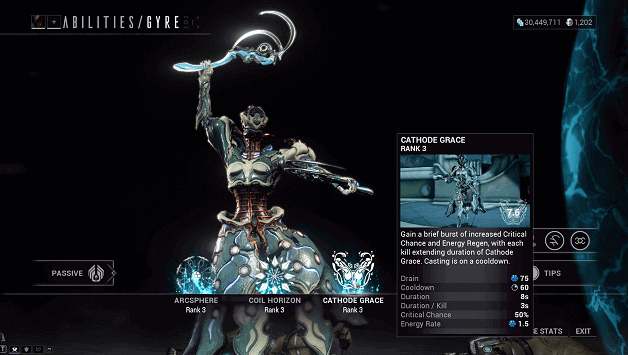 Cathode Grace provides Gyre with an increase in Critical Chance as well as Energy Regeneration for an amount of time.

This buff is extended when Gyre kills an enemy while the ability is active, allowing her to prolong its effects as long as there are enemies.

She can use this ability to deal large amounts of damage and use her abilities more thanks to the faster energy regeneration. 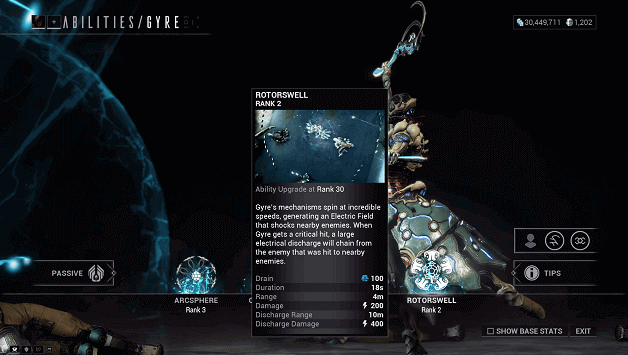 Gyre unleashes her mechanisms to rotate around her, generating an electric field that shocks enemies within range.

Getting a critical hit will cause a large electrical discharge to chain from the enemy hit onto other enemies near it.

This ability goes well with Cathode Grace, allowing Gyre to deal more damage as both abilities are active, protecting her in the process. 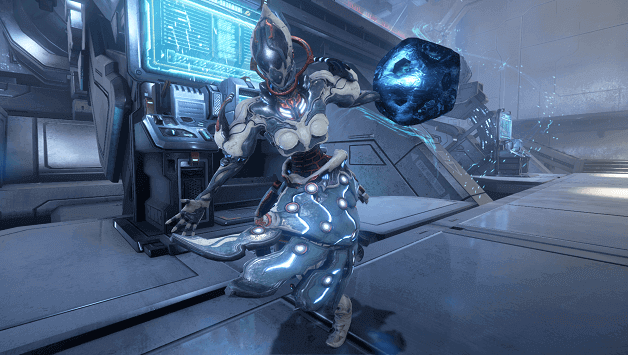 Gyre performs well against both single enemies and large groups but can be exceptionally devastating with more targets because of her abilities.

She is capable of destroying enemies both with her abilities due to their synergy as well as her weapons thanks to her critical prowess.

With her devastating abilities and deadly weapons, Gyre is more than capable of holding her own and can even make it extremely easy for her squad to clear foes.