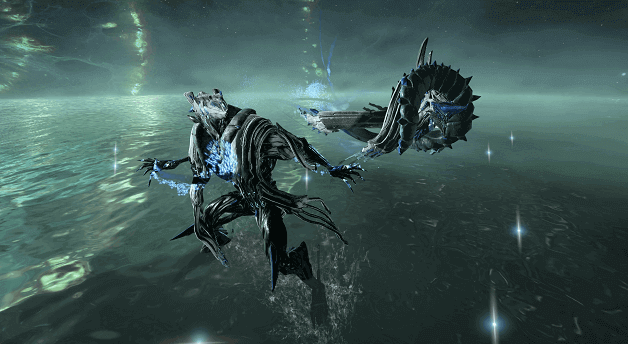 Sevagoth can deal a lot of damage in several ways, which makes him quite the versatile Warframe and fun to use damage dealing in pretty much any mission.

Making use of his abilities that damage, siphon and weaken enemies, Sevagoth can use the combination to maximize the amount of damage he deals.

Aside from resorting to abilities, you can also build Sevagoth for head-on conflict or even maximize the use of his Exalted Shadow.

Before checking our Sevagoth builds below, we’ve covered a guide about how to get Sevagoth in Warframe. Do read our guide. 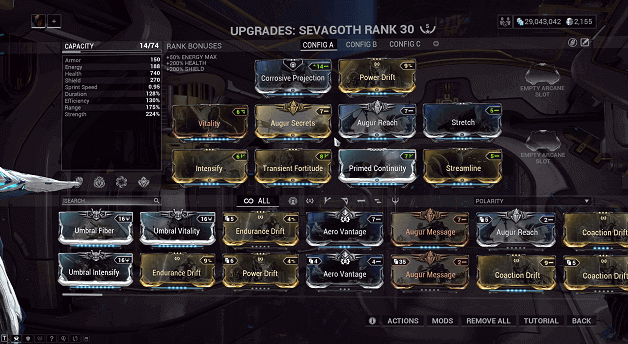 The Basic Build we have for Sevagoth provides you with a standard set of stats which makes the Warframe usable in several ways.

An increase in Ability Strength is focused on ensuring that Sevagoth is capable of dealing a substantial amount of damage while also being efficient with other stats.

From this build, you can also later create your own by modifying some of the mods with other ones if you prefer to focus on other stats.

With the Balanced Build, Sevagoth should do well on most missions and can even solo some of the harder ones when played well. 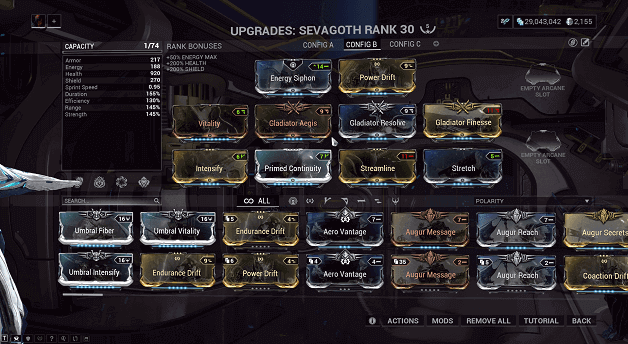 With the set of abilities that Sevagoth has, a Gladiator Build can make use of them to assist you when you prefer a more frontal assault, dabbling in melee combat.

This build does not only mean that you will be using melee weapons, it mainly bolsters your ability to deal with better critical attacks.

Combining this build with melee fighting and proper use of Sevagoth’s abilities can make this Warframe a powerful killing machine. 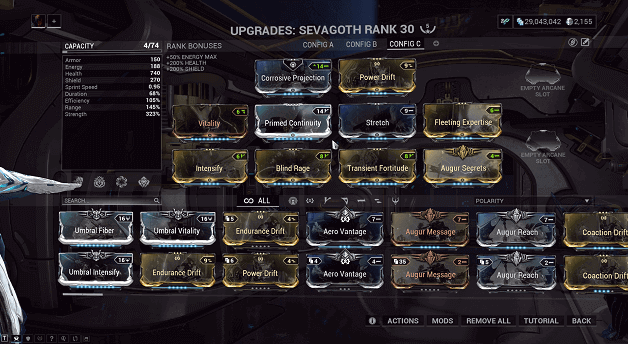 Sevagoth is capable of dealing intense amounts of damage to enemies, especially when he uses the Reap and Sow abilities together.

Casting the Sow ability will cause enemies to take True Damage over time but this is merely a preparation for Reap, which will detonate enemies affected by Sow.

While there is a small amount of Ability Duration, you will have enough time to detonate those affected by Sow by casting Reap within 6 seconds.

Sevagoth’s Shadow will have an incredibly high amount of damage and Gloom will greatly slow enemies down, making it easier to kill your prey. 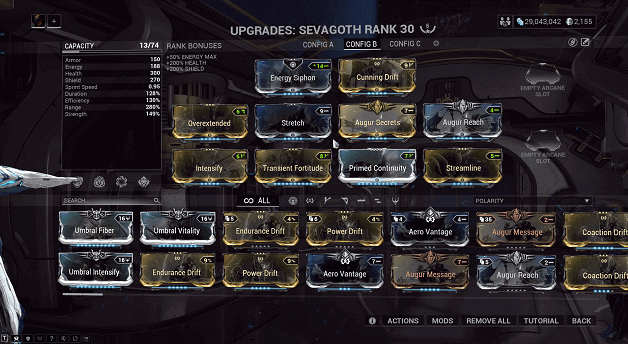 The AOE Build is meant to have a higher reach when you are on a mission, providing your abilities with a wider radius when they are cast.

This build works well with Sow and Gloom, allowing you to affect several enemies and even help you get more coverage with Reap.

While Ability Strength is not as high as it is with other builds, you still are capable of dealing large amounts of damage and will gain the benefit of crowd control in a wider area.

This build can be modified to lessen the ability range and trade up for more Ability Strength or whichever stats you prefer to have increased. 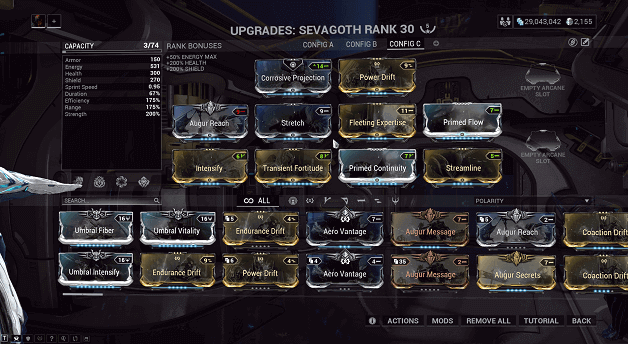 Sevagoth’s Gloom ability has become quite popular due to its ability to slow down enemies as well as provide those who attack them with life steal.

It also appears that the Sevagoth Helminth ability is Gloom, making it a favorite amongst many Warframes as well, which is why it deserves the spotlight and its Gloom Build.

With this build, we have a decent amount of Ability Strength to provide a good amount of slow as well as more efficient to allow you to continuously keep the ability active.

Ability Range has been increased but may be reduced to increase other stats, which may come in handy depending on which type of mission you are partaking in.