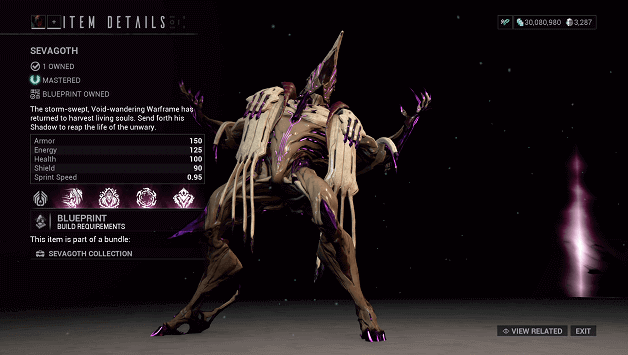 Sevagoth is a Warframe who was lost in the Vast Untime, his ship guided by his shadow as he awaited the completion of his last mission.

This Warframe deals death to his enemies, reaping all who stand in his way and annihilating those who survive with his shadow.

Causing death and destruction, Sevagoth can summon his shadow to do his bidding and even take control of it as he takes down enemies who are caught in his entrapment.

Sevagoth can be obtained by acquiring his main blueprint after completing the Call of the Tempestarii quest while his parts are rewarded from Void Storm Missions.

He is also available for purchase in the orbiter market for 325 Platinum.

To know more about how to earn platinum check our guide https://progametalk.com/warframe/how-to-earn-platinum/. We have listed out all the possible ways to earn the platinum for free & other ways.

How To Get Sevagoth Blueprint?

To obtain the main blueprint for Sevagoth, you must complete The Call of the Tempestarii quest, which rewards its

You may reacquire the Sevagoth main blueprint from Cephalon Simaris if needed for 50,000 Standing.

How To Get Sevagoth Parts?

Sevagoth’s components may be obtained as rewards for Void Storms in different proximas in some of the proximas.

Sevagoth’s Nuroptics, Chassis, and Systems may be rewarded from Void Storm missions that take place in the following proximas:

After getting Sevagoth, you may be wondering about it’s builds. In this Sevagoth build guide, we’ve covered some of the effective builds. Do read our guide. 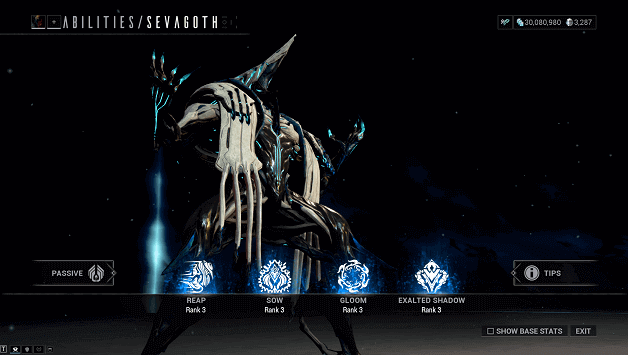 Sevagoth can send his shadow outward to attack enemies that it comes across, also allowing it to reap any death seeds previously placed.

The very presence of Sevagoth is enough to diminish enemy confidence and it even drains the life force of enemies too close to him.

It is known that Sevagoth can take control of his shadow form, providing him with a deadly set of abilities and chaotic attacks.

Sevagoth is capable of reviving himself when his health has been drained, causing Sevagoth’s Tombstone to appear when his health is depleted. (Allies can still resurrect him)

Using Shadow to collect enemy souls will allow Sevagoth to revive and once again he will be back into the fight without any penalties or consumption of revives.

You can mod Sevagoth’s Shadow as well as its Shadow Claws, the weapons that it uses which make use of Warframe and melee weapon mods. 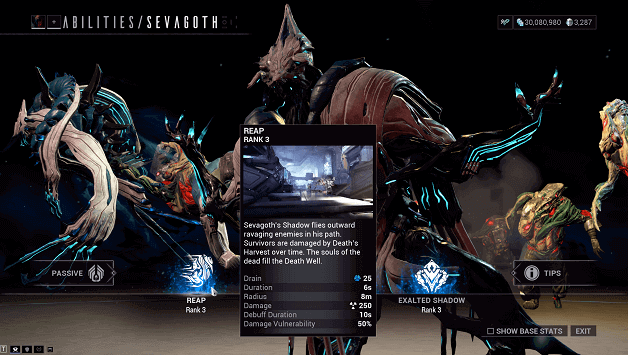 Sevagoth sends his shadow forward, which damages enemies that come in contact after seeking them out.

Enemies that have been damaged by Reap who survive will take increased damage for a certain amount of time from other sources of damage.

Reap is great for clearing out groups of enemies and will deal even more damage to those who have been affected by Sevagoth’s Sow ability. 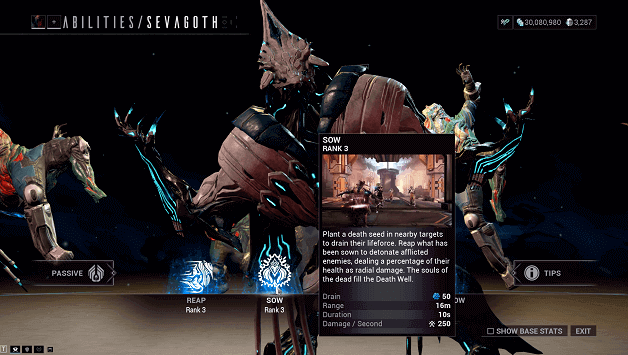 Sevagoth plants death seeds in nearby enemies which drain their lifeforce, dealing true damage over time to those affected.

Casting the Reap ability will cause enemies who are affected by Sow to detonate, which causes them to deal radial damage based on their health.

Using this ability is great for filling Sevagoth’s Death Well, which will allow him to easily prepare to use his Exalted Shadow ability when needed. 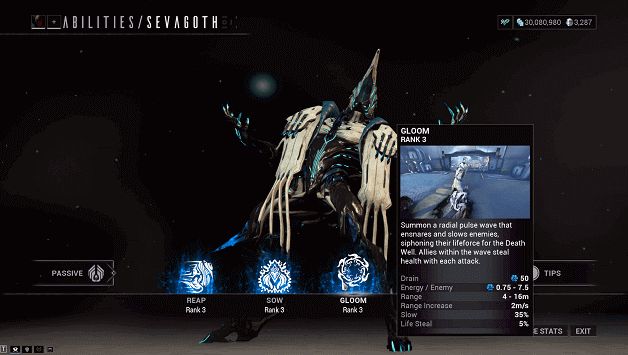 Sevagoth creates a radial pulse wave that expands outward, ensnaring and slowing enemies while also stealing their lifeforce for the Sevagoth’s Death Well.

Allies that are within the range of the pulse wave will steal health from enemies with each attack that they make against them.

Gloom is a great way for Sevagoth to reduce enemy effectiveness and make it easier for his team to fight as well as increase survivability. 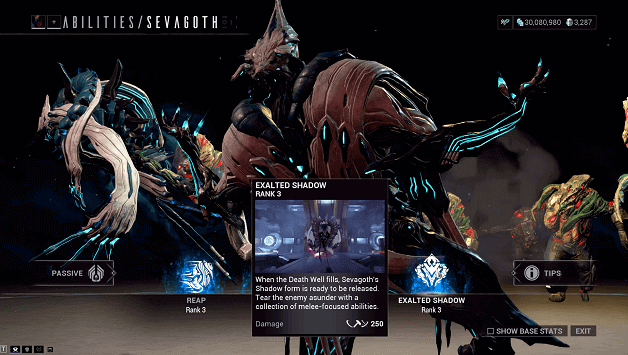 Sevagoth may summon the Exalted Shadow, allowing you to take control of it to wreak havoc upon your enemies.

During this ability, you will be controlling the Exalted Shadow, giving you a new set of abilities to destroy your enemies with. 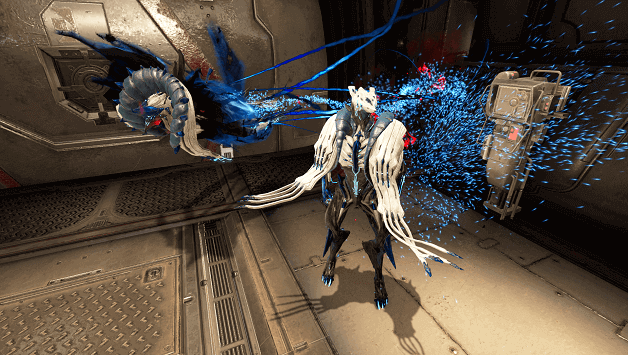 Sevagoth is capable of dealing a lot of damage, especially when you use his abilities together to deal higher amounts of damage as well as replenish his Death Well.

His abilities can usually be cast while fighting to allow him to deal damage while also providing crowd control, making Gloom great against multiple enemies.

A lot of damage can be dealt with Reap and Sow and the Exalted Shadow ability proves to make it easy to shred your enemies to bits.