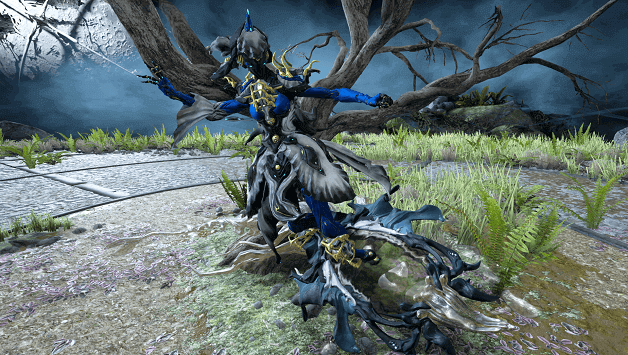 Summoning the power of the ocean to help her defeat enemies of the hopeless, Yareli surfs through the land with the creature named Merulina.

Yareli is a Warframe who uses the power of the ocean to subdue and destroy her enemies, staying in motion and blasting enemies as she passes them by.

This Warframe has its creature which is similar to a K-Drive which protects her as she entraps, slices, and crushes her enemies with water.

How to Get Yareli? 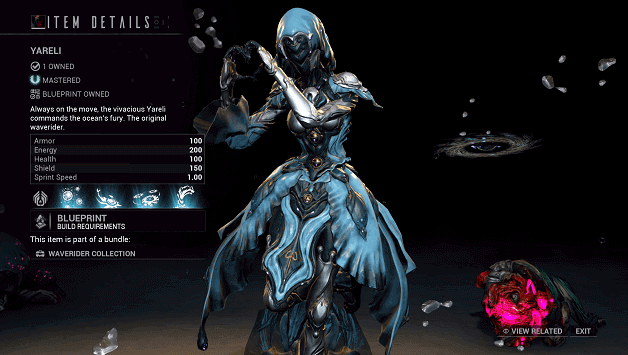 How to Get Yareli Blueprint? (The Waverider Quest)

To obtain Yareli’s Blueprint, you will need to complete the The Wave Rider quest, which becomes available once you log in for the first time after the Sisters of Parvos update.

During the quest, you will be unlocking a sort of comic which requires you to complete certain feats to unlock the next pages.

The Waverider is a solo quest and will reward you with the Yareli Blueprint once you have completed it, but the components need to be obtained elsewhere.

How To Get Yareli Parts?

Yareli’s parts can be obtained from the Bash Lab, a newer lab that is quite similar to the Tenno Lab, offering Yareli’s components to be researched and later replicated.

The Bash Lab provides new research, mainly Yareli’s parts which you will need to research before replicating.

Once the research for Yareli’s components has been completed, you may replicate their blueprints and craft them in your Orbiter.

After getting Yareli, you may be wondering about it’s builds. In this Yareli build guide, we’ve covered some of the high effective builds. Do read our guide.

The following are the crafting requirements needed for Yareli’s Blueprint and Components to fully complete her. 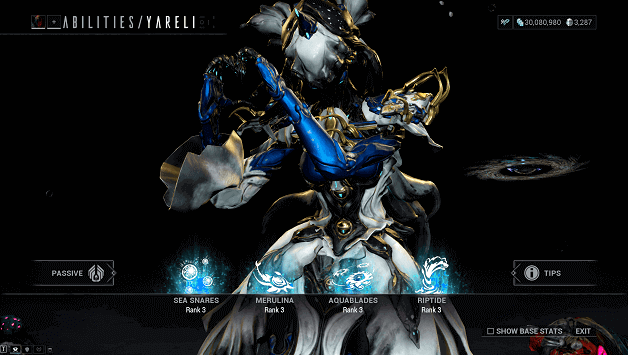 Yareli uses the powers of the ocean to dish out damage to her enemies, sending out water globules to disable enemies and Aquablades that shred through enemies.

She can summon Merulina, a rideable creature that allows her to surf anywhere similar to riding a K-Drive which also absorbs incoming damage.

Summoning the power of the depths, Yareli can summon a Riptide that pulls enemies in and crushes them until there is nothing left.

Yareli gains a 200% Critical Chance for her secondary weapons whenever she has been in motion for 1.5 seconds or longer.

This includes when Yareli is riding Merulina and as long as she is in motion for 1.5 seconds or more, the critical buff will activate. 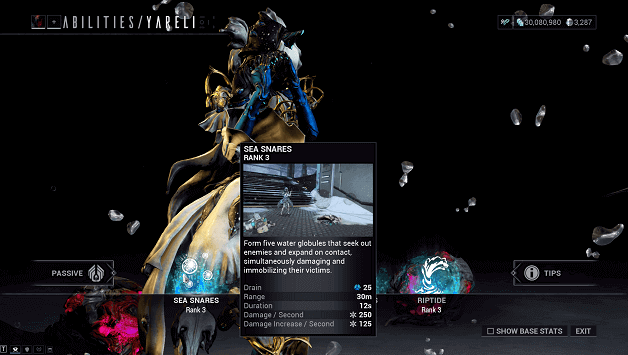 Yareli forms five water globules that seek nearby enemies, trapping them and damaging them at the same time as they are lifted and held.

This will immobilize enemies and provide Yareli and her allies with easier targets to take out while disabling powerful enemies for later on.

Being able to disable enemies plays a big role when on challenging missions and the addition of damaging enemies makes the ability even more efficient almost anywhere. 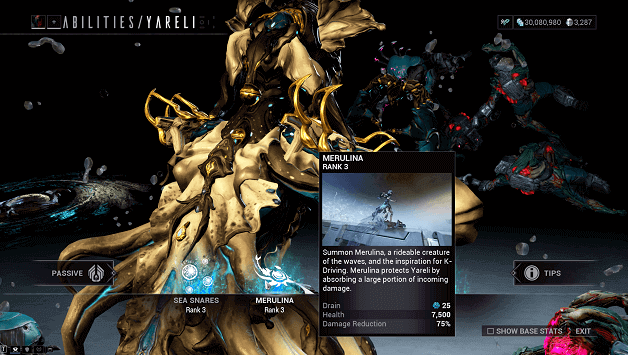 Yareli summons Merulina, a creature from the depths who can be ridden similar to a K-Drive, providing Yareli with more speed and damage reduction.

Merulina absorbs up to damage to protect Yareli when being attacked by enemies, blocking damage taken until its health is used up.

This ability is great for getting around maps faster and when you need to block a certain amount of damage when things get rough. 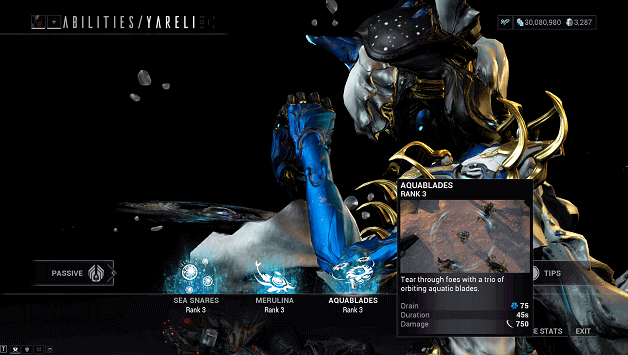 Using her powers, Yareli creates 3 Aquablades that fly around her, tearing through enemies that come within range.

These spinning blades will continue to circle Yareli wherever she goes until their duration has ended.

Yareli can dish out even more damage on the go with Aquablades and to make things better, this ability goes well when riding Merulina. 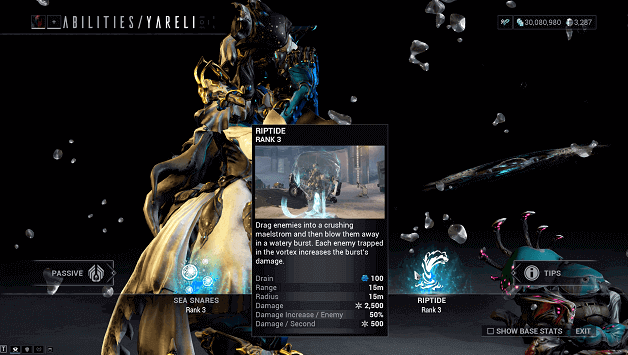 Summoning a powerful maelstrom, Yareli creates a blast of water that drags enemies to its center which then blows them away.

Enemies are dealt Cold Damage while they are being pulled in and are damaged with a large burst that also deals Cold Damage.

Not only does this provide Yareli with a large amount of damage, but it can also be effectively used to disrupt enemy groups and clear them out.

Yareli was meant to be more of a surfing Warframe due to Merulina, giving her more movement across missions and in open-world parts of the game.

She is capable of disabling enemies while also dealing a good amount of damage, especially when facing multiple enemies.

Riptide is a very powerful ability, which becomes more powerful when there are more enemies affected by its pull, allowing Yareli to easily clear out dozens of enemies.