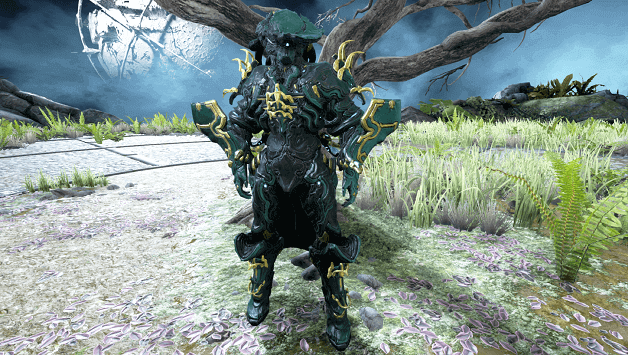 When it comes to elemental mayhem, Lavos the transmuter, the elemental craftsman is a professional at it, capable of inflicting damage with every single element there is available.

Known to use different elements to empower his abilities, Lavos can create combinations to inflict his enemies with status effects.

Lavos’ experiments have led him to gain the upper hand when it comes to turning the battlefield into his chemical testing ground.

How to Get Lavos? 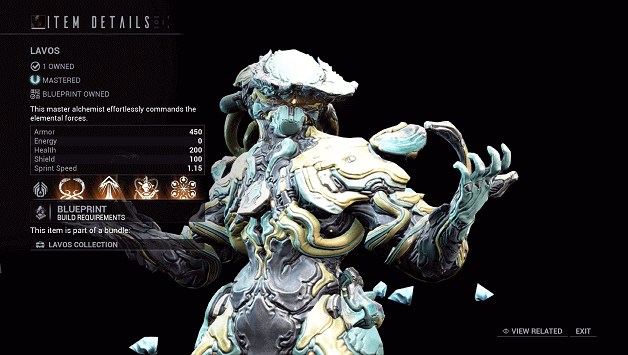 To know more about how to get platinum check our guide https://progametalk.com/warframe/how-to-earn-platinum/. We have listed out all the possible ways to earn the platinum for free & other ways.

How To Get Lavos Blueprint?

You can get the Lavos main blueprint from Father on Deimos by purchasing it with 5,000 Entrati Standing but will need to be Rank 2 with the Entrati.

How To Get Lavos Parts?

You can purchase Lavos Neuroptics, Lavos Chassis, and Lavos Systems for 5,000 Entrati Standing each from Father but instead of Rank 2, these Lavos components require that you are Rank 3.

After you have obtained Lavos main blueprint and his component blueprints, you may begin crafting them in the foundry.

After getting Lavos, you may be wondering about it’s builds. In this Lavos build guide, we’ve covered some of the effective builds. Do read our guide. 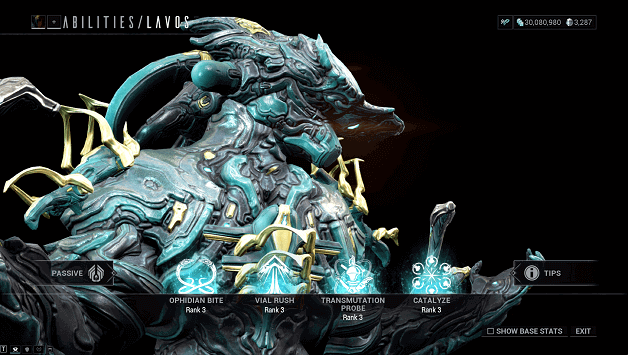 Lavos focuses on using the many kinds of experimentation that he has developed, allowing him to use a wide variety of abilities to inflict damage and status effects on enemies.

He can steal the very essence of life essence from enemies while dealing immense elemental damage to them or rush through enemies while leaving a trail of deadly concoctions.

To assist his allies, Lavos can improve health and energy orbs to universal orbs providing better effects and may even punish his enemies by unleashing Probes around him to unleash fiery gel.

With Lavos’ Valence Block ability, he is capable of becoming immune to Status Effects for 10 seconds whenever he picks up an Energy Orb or Universal Orb.

Lavos has a Special Casting ability which allows him to imbue the next ability that he casts with a specific element or elemental combination by holding down one of his abilities.

Elemental Imbuement occurs with the following abilities when holding them down:

These elements can be combined to create elemental combinations. 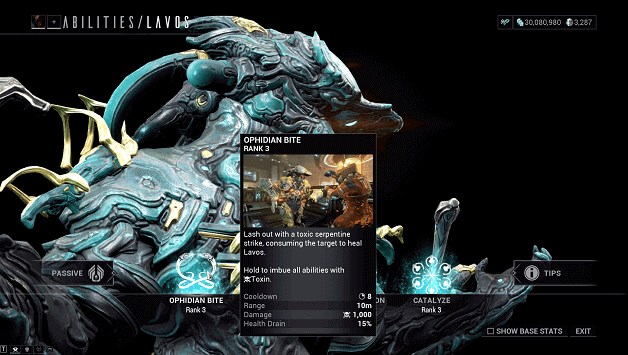 Lavos lashes out with a toxic serpentine strike which steals health from enemies hit, returning health to Lavos based on the damage dealt.

This attack is great for dealing large amounts of elemental damage as well as stealing health to help Lavos survive if his health is low, prolonging his mayhem on the field.

Holding this ability will imbue Lavos’ next ability cast with Toxin Damage. 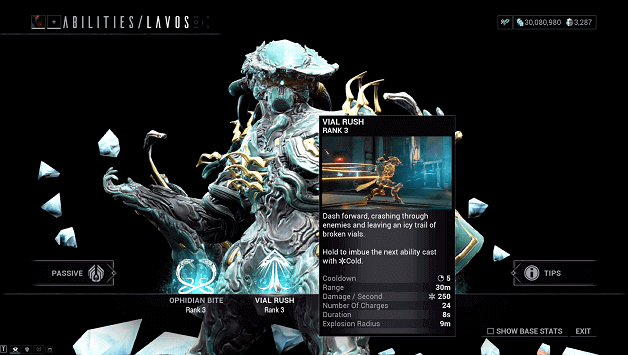 Lavos dashes forward, crashing through his enemies while also leaving a trail of broken vials that deal cold damage over time and slow enemies.

Vials that are dropped will spill whatever element you have equipped, meaning you can leave a trail of a specific element to deal damage to enemies and apply status effects to them.

You can cause a lot of damage with this ability and leave the ground flooded with different elements depending on which one you imbue it with.

Holding this ability will imbue Lavos’ next ability cast with Cold Damage. 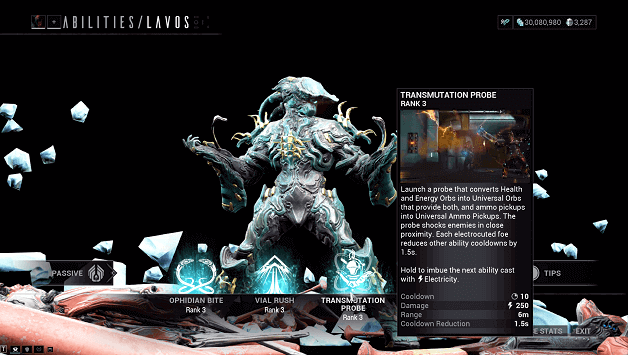 Universal Orbs recover both Health and Energy while Universal Ammo restores ammunition for any weapon that you are holding.

Enemies that the probe passes will be shocked, reducing the cooldowns of abilities based on how many enemies are electrocuted.

This ability is great for supporting your team with better pickups and for disabling, damaging, and even killing large groups of enemies.

Holding this ability will imbue Lavos’ next ability cast with Electricity Damage. 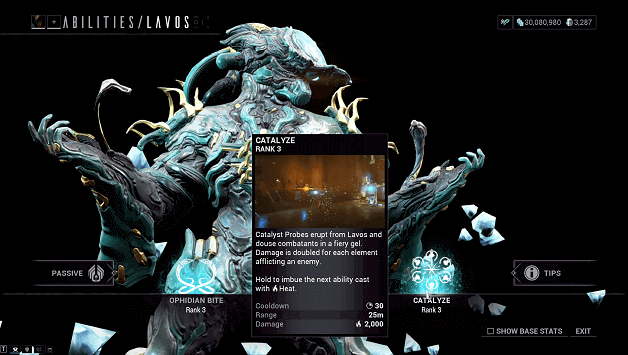 Unleash Catalyst Probes that erupt from Lavos that douse enemies in range with fiery gel, which is doubled for each element that is afflicting an enemy.

The Catalyst Probes are released around Lavos and will cover a large area, especially with more range added, and will deal damage based on which element you have imbued.

Using this ability after inflicting enemies with other elements can maximize your damage and easily annihilate groups of enemies in seconds.

Holding this ability will imbue Lavos’ next ability cast with Heat Damage. 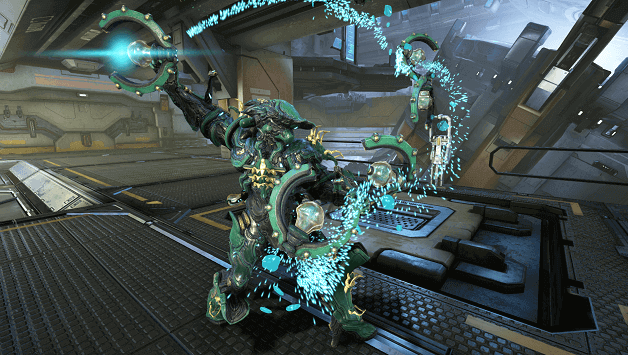 Lavos is one of the ultimate nukers in Warframe and what he may sometimes lack in range, he makes up with extreme damage in fixed areas.

Unlike other Warframes, Lavos does not consume energy and instead has cooldowns that need to be waited for before using his abilities again.

With several combinations and elements at his disposal and the ability to reduce his cooldowns, you can literally spam your abilities over and over again to destroy anything in the area.

With the proper build and the right techniques (there are so many combos), you can unleash infinite elemental chaos upon enemies in your path.