Caliban is a combination of both Warframe and Sentient, capable of unleashing the destruction of both of his origins at will.

With a collection of abilities based on Sentient powers, Caliban can use his energy to unleash damage and crowd control by combining his abilities.

Backed up by his own Sentient allies, Caliban fights amongst his variants of Conculysts that protect him whilst he fights his enemies.

How to Get Caliban Blueprint & Parts? 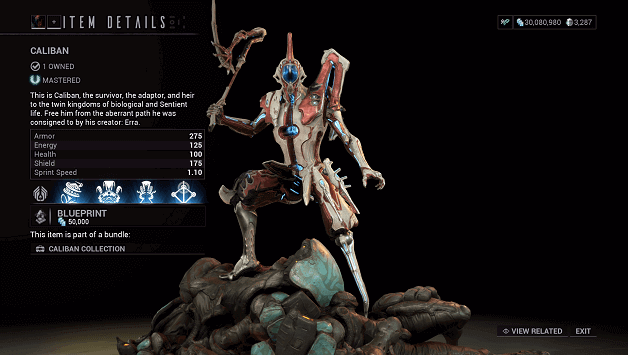 Caliban’s main blueprint can be purchased from the market on your orbiter with Credits while his other components can be obtained by doing Narmer Bounties.

Aside from farming Caliban components and purchasing the Caliban blueprint from the market, you can purchase him fully built for 325 Platinum.

To know more about how to earn platinum check our guide. We have listed out all the possible ways to earn the platinum for free & other ways.

How To Get Caliban Blueprint?

Caliban’s main blueprint can be purchased from the market for 50,000 Credits even before you have completed The New War Quest.

How To Get Caliban Parts?

The Caliban Neuroptics, Chassis and Systems can all be obtained as rewards from Narmer Bounties, which are available once you have finished The New War quest.

Narmer Bounties are available only after you have completed The New War quest, as they replace all enemies with the Narmer variants, related to the aftermath of the Narmer Invasion.

These bounties can be completed on either the Plains of Eidolon (Cetus, Earth) during the day cycle or in Orb Vallis (Fortuna, Venus) during the night cycle.

There are multiple steps during each bounty and more than one chance for you to obtain one of Caliban’s parts for each run you do.

After getting Caliban, you may be wondering about it’s builds. In this Caliban build guide, we’ve covered some of the effective builds. Do read our guide. 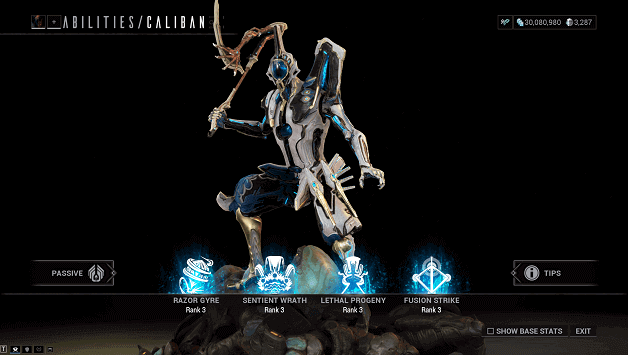 Caliban is capable of accelerating to intense speeds to create a vortex of death and may even smash the ground to disable enemies in his wake.

Setting the fight in his favor, Caliban can summon his own Sentients to fight by his side to not only overwhelm enemies but to also protect him.

He can unleash his raw energy to the point where he can create a destructive blast to destroy enemies that stand in his way.

Caliban’s presence provides not only himself but his allies as well with Adaptive Armor to those who are within Affinity Range.

The Adaptive Armor passive ability provided by Caliban reduces the damage taken from sources every time you are hit, stacking by 5% and reaching a maximum of 50%

When no damage has been taken by Caliban or his allies, the Adaptive Armor will diminish by 2% per second. 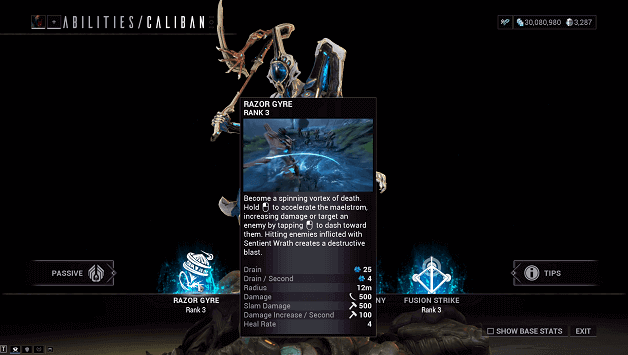 The Razor Gyre ability allows Caliban to start spinning into a vortex of death, damaging enemies within range per second.

Holding your primary attack will allow you to increase the damage dealt to enemies while tapping it will make Caliban dash towards an enemy and slam them.

Caliban will recover health based on how many enemies are damaged while Razor Gyre is active, making this great for offense and survivability. 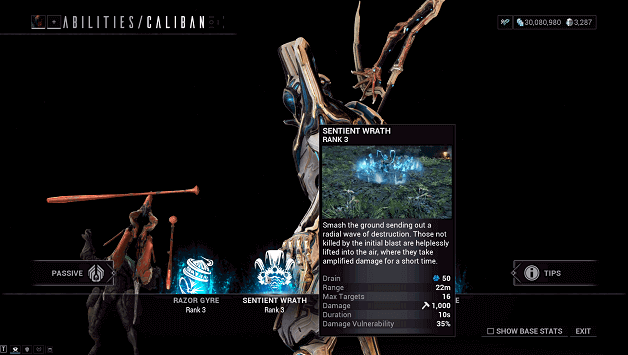 Caliban does a short leap and slams the ground to send out a radial wave of destruction towards nearby enemies.

Enemies that are not killed by the initial damage will be lifted into the air, which causes them to take increased damage for a short period of time.

Sentient Wrath may be cast during Razor Gyre and will make them prone to triggering a destructive blast if affected by this ability. 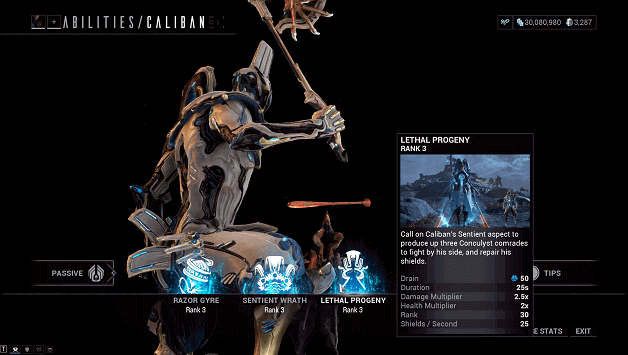 With Lethal Progeny, Caliban can summon his own Conculysts to fight by his side, which also repair his shields.

Up to 3 Conculysts may be summoned and will automatically begin to attack enemies they encounter while protecting Caliban.

Caliban’s Sentients can be a good addition to fighting against more enemies and may increase his survivability. 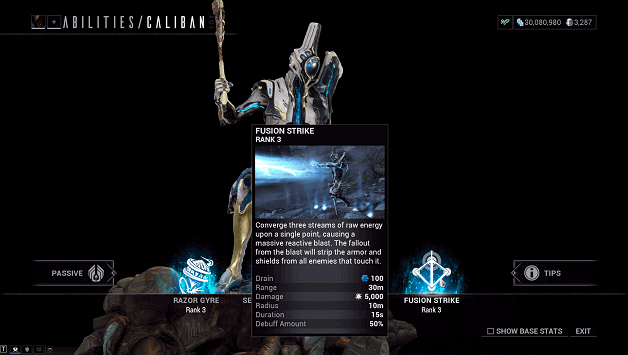 Using his Sentient energy, Caliban creates 3 beams that are spread out which center on to a single point, damaging enemies they touch.

Initial damage is followed by a blast when the beams are centered, which removes the armor and shields from enemies affected.

This powerful beam is great for destroying several enemies or weakening them and may even be used in synergy with Caliban’s other abilities. 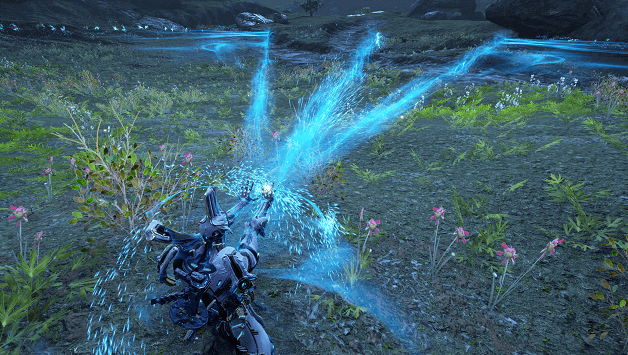 Caliban’s abilities exceed that of a normal Warframe, capable of delivering chaos amongst groups of enemies that get in his way.

His ability to use his Signature weapons can greatly help him out when fighting against enemies, while making use of his other abilities to weaken them.

A lot of synergy with Calaban’s abilities make him a force to be reckoned with, making him a flexible Warframe depending on how he is modded and used.