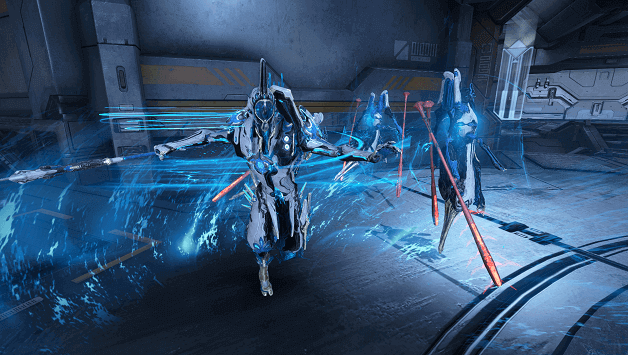 Caliban is a combination of both Warframe and Sentient, capable of using powers that are available to sentient beings to a certain extent.

With his Sentient abilities, Caliban can focus on fighting enemies head-on or annihilating them with a vortex of death, weakening slams and beams of death.

Different builds allow his abilities to be used in several ways such as full-on damage or additional crowd control, providing Caliban multiple strategies.

If you are wondering how to get Caliban then this guide will help you https://progametalk.com/warframe/how-to-get-caliban/ 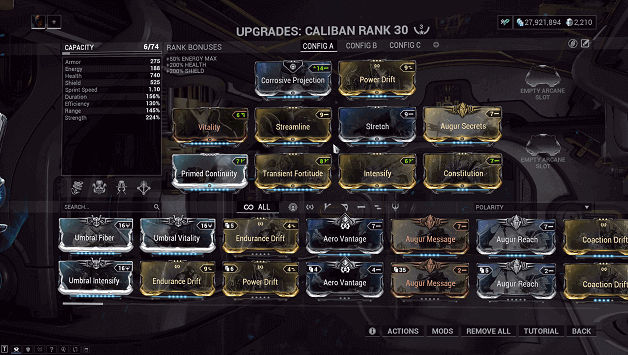 Caliban has many abilities that go well together and with the Balanced Build, you will be able to cast all of them when needed and be able to deal good amounts of damage.

With more Ability Efficiency, you are guaranteed to save up on energy costs while the Ability Strength of 224% is well enough to kill enemies with Caliban’s abilities.

This build works well with different playstyles which mainly involve melee combat or the use of Caliban’s different abilities, which work in synergy at times.

You can eventually use this as a starting build and later on modify it later on to suit your preferences, improving stats in different ways. 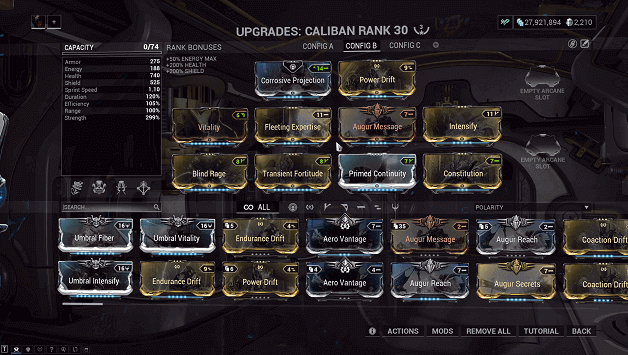 The Ability Damage Build or Nuke Build provides Caliban with a large boost in Ability Strength, which improves the damage from all of his abilities.

Since Caliban can use Razor Gyre and Sentient Wrath together as a combo, these end up doing a lot of damage due to the high Ability Strength.

The high Ability Strength in this build also improves the Lethal Progeny ability, making your Conculyst summons stronger as well as providing you with more shields.

Fusion Strike is heavily improved with this build, dealing up to 14,950 Blast Damage while stripping survivors of 100% armor. 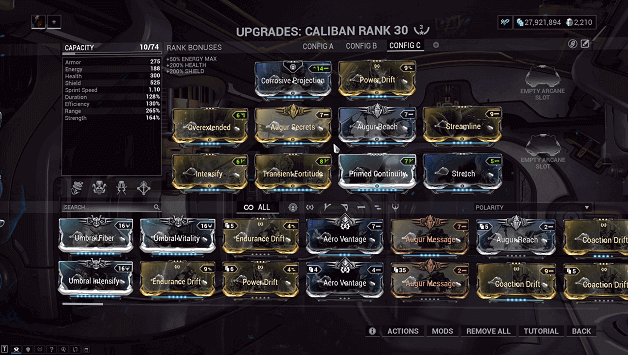 The Crowd Control Build is focused on being able to not only hit several enemies but also disable them when needed.

You will be able to effectively use the Razor Gyre ability as well as the Sentient Wrath ability to easily deal damage to large groups of enemies.

Later on this build became useful when fighting with a team as you can disable several enemies and to make things better you can weaken them with Fusion Strike as well.

What seems to be a lack in Ability Strength is made up by the synergy with your abilities,  the Crowd Control you can provide, and being able to weaken your enemies. 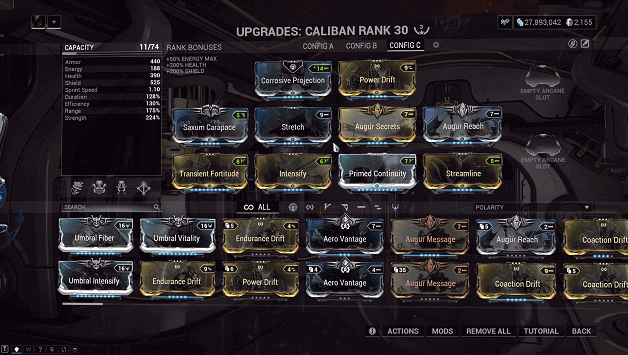 Caliban has many abilities that can be used strategically and one of these involves the Saxum Carapace Build as it can lift enemies into the air.

Using Sentient Wrath, Caliban can force enemies into the air, and with the Saxum Carapace mod equipped, killing any lifted enemies will cause them to explode.

You can use Sentient Wrath while fighting enemies or during Razor Gyre to lift enemies, who will explode when they are killed, dealing a percentage of their max health as damage.

The plan is to lift enemies with Sentient Wrath and to finish them off with any means necessary, causing them to explode and deal damage to other enemies.