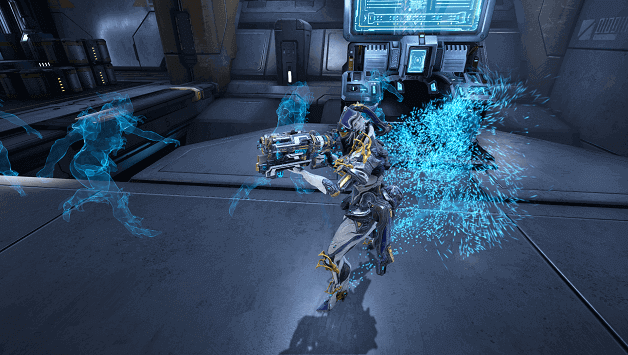 Making use of the many gadgets in her arsenal, Protea dominates the field by destroying her foes and supporting her allies.

Protea focuses mainly on using her gadgets while she fights using her weapons, making it necessary to cast now and then.

With a buff for every time she casts for the 4th time, players can choose which ability is empowered to make use of her passive.

If you are wondering how to get Protea then this guide will help you https://progametalk.com/warframe/protea/ 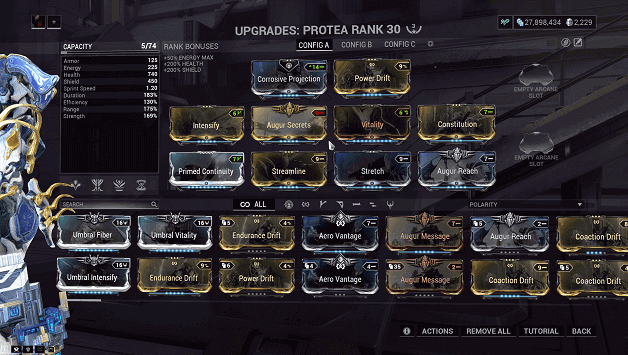 As Protea’s gadgets are affected in many ways, we have built for balance for an equal distribution amongst her stats.

Protea’s abilities will have a decent amount of time when they are cast and her Ability Strength and Ability Range have been boosted for better effects.

This builds its great a for testing out her abilities and will work well on most missions, later on being a base build for you to upgrade from. 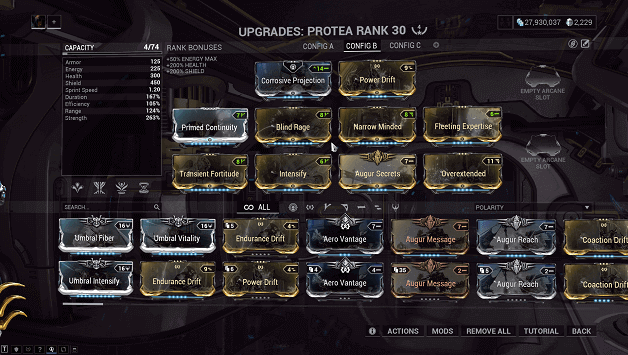 While this build does not offer the highest amount of Ability Strength, it offers quite a large amount which bolsters the damage of Protea’s abilities.

This build mainly focuses on the use of Grenade Fan as well as Temporal Anchor but can also be good for Blaze Artillery, especially when altered to swap intensify with Flow or Primed Flow.

Grenade Fan will provide more shields when its secondary function is used, making it good for team survivability while using its main function can deal a good amount of damage.

Temporal Anchor can cause a large amount of damage in a moderate radius, allowing you to use this along with Protea’s other abilities to nuke enemies, destroying large groups. 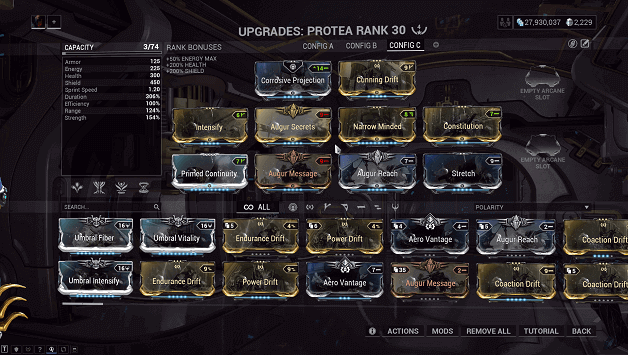 Blaze Artillery Build or the Turret Build focuses on keeping Protea’s Artillery Units up for an extended period, maximizing how many can exist at the same time.

While this build lacks an energy pool, using the Zenurik ability to regenerate energy may be recommended unless you swap out one of the mods with Flow or Primed Flow.

Since Protea’s turrets deal more damage over time (consecutive hits increase damage), the long duration this build provides will keep them firing for a longer time.

Other abilities such as Grenade Fan and Temporal Anchor will have longer durations as well, making them last longer as you use them with other abilities. 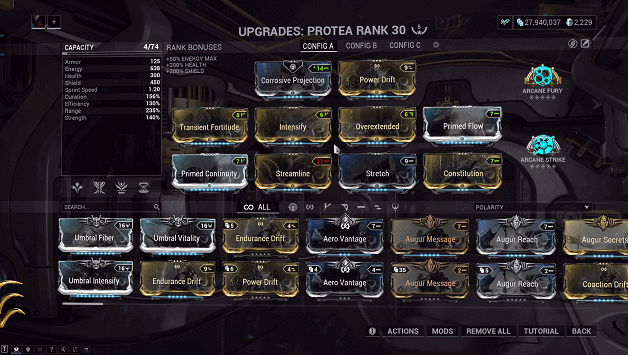 The AOE Build or High Range Build contains mods that increase Ability Range to up to 235% but some of these mods may be replaced with other mods if you prefer to increase other stats.

Protea’s abilities gain more range, which provides her abilities that deal damage to cover a larger area as well as increase the range of her turrets.

Primed Flow has been added to provide a larger energy pool but this can be removed for another mod, especially if you equip the Zenurik operator school and/or use Energy Siphon.

This build focused on covering more ground, having larger areas affected to defeat enemies from a distance and to protect areas with Protea’s abilities.