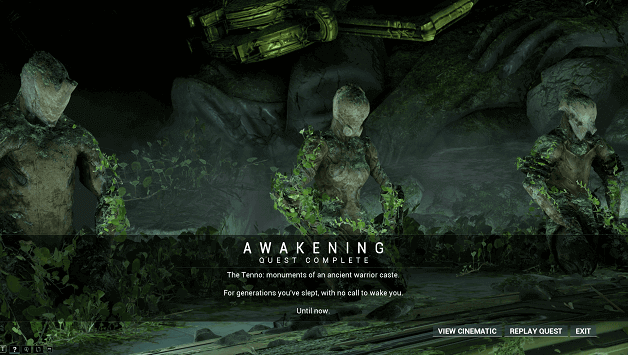 The Awakening quest acts as the introductory quest to Warframe and is also where you pick out your starting equipment.

During this quest, you discover the past of the Warframes and how they fought back during their time when attacked by different factions.

At the end of the quest, you will have learned the basics of the game and will have a starting Warframe along with a primary, secondary, and melee weapon.

How To Get Awakening Quest?

The Awakening quest is the first quest that you will have and will automatically start once you log into the game for the first time.

This quest immediately starts after the first cutscene finishes, prompting you to choose your starting Warframe before escaping Captain Vor and his Grineer. 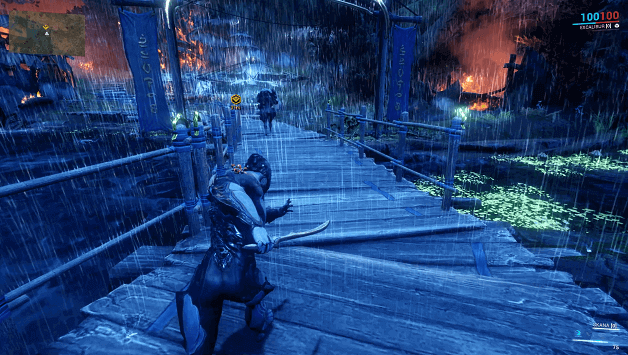 After the cutscene has finished, you will be able to choose between 3 different starting Warframes, which are Excalibur, Mag, and Volt.

Each of these Warframes excels in their ways and offers a different approach to the game, but there is no need to worry because you will be able to obtain all 3 as you play the game.

For information on each of the Warframes, check out the following:

Learn To Use First Ability

As you wake up as a Warframe, Captain Vor places the Vor’s Ascaris device onto your Warframe which is supposed to take control of you as he leaves.

The Lotus will help you by overcharging your Warframe, providing you a surge of power to use your first ability to take out the surrounding enemies.

You will need to clear out all enemies and at this time your energy will be almost unlimited until you kill all of them.

After clearing out the enemies you will need to head to a waypoint and during this, you will learn how to sprint and jump, which is part of basic movement needs.

As you approach the waypoint there will be two weapons that you can choose from:

Once you pick out your starting melee weapon you will need to head to the next waypoint, fighting through enemies along the way, which introduces melee combat.

There will be a gap ahead of you and you will learn to do a double jump as well as a blocked passage that teaches you to destroy obstacles and crouch through.

As you proceed to the waypoint you will learn how to slide, which leads to what can be an introduction to stealth as you walk up to a Grineer who is looking the other way.

Arriving at the waypoint will bring you up to two secondary weapons:

More enemies will be ahead of your next path and this will be your introduction to ranged combat starting with your secondary weapon of choice.

On your way to the next waypoint, you will learn to do a Wall Dash and Bullet Jump, important Warframe maneuvers that will come in handy.

An extraction ship will be waiting for you but is shot down by Captain Vor, which then requires you to fight him for a brief period before he escapes.

Captain Vor will have the area set to lockdown and you will need to interact with a console to release it, allowing you to escape the area flowing with Grineer.

Make your way to the waypoint where the Lotus claims your old ship will be waiting, which leads you to stumble upon a set of primary weapons.

The waypoint will lead you to two different primary weapons that you can choose from:

After you pick up your primary weapon, you will need to head to the next waypoint while fighting your way through enemies along the way.

During this time, you will learn how to perform an Aim Glide as you make your way towards the new waypoint.

Once you reach your old ship (known as an Orbiter) you will need to activate a nearby console, which wakes up Ordis, the ship Cephalon.

Ordis will need a bit of time before the Orbiter can be started and you will have to defend the ship (survive) until the timer ends.

After the timer has finished, you will extract from the mission and be in orbit which later on unlocks the Vor’s Prize quest. 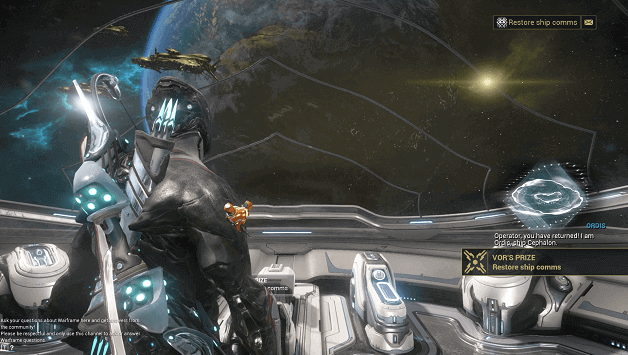 Completing the Awakening quest ends the tutorial and you will be able to keep all of the equipment you have chosen to be your starting equipment.

After you have completed the Awakening, the Vor’s Prize quest will be available as your next quest.

The Awakening quest serves as an introduction to both the game as well as the story, which begins with Captain Vor installing his Ascaris.

This later needs to be taken care of and will come in the next quest after you have gotten through the basics of the game.

At the end of the Awakening, your starting loadout (equipment) will be set but later on, you can obtain more equipment as you progress through the game.