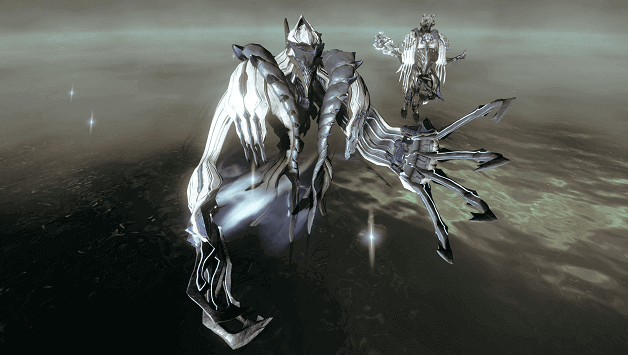 When Sevagoth has filled the Death Well, he is able to summon his Shadow, which allows you to wreak havoc amongst your enemies with deadly melee prowess and new abilities.

Sevagoth’s Shadow is an alternate form that you may use when you activate the Exalted Shadow ability, leaving Sevagoth as you take control of his Shadow.

Sevagoth’s Shadow is capable of pulling enemies and suspending them, ripping out souls by dashing through enemies and weakening enemies who are in his range.

How to Get Sevagoth’s Shadow? 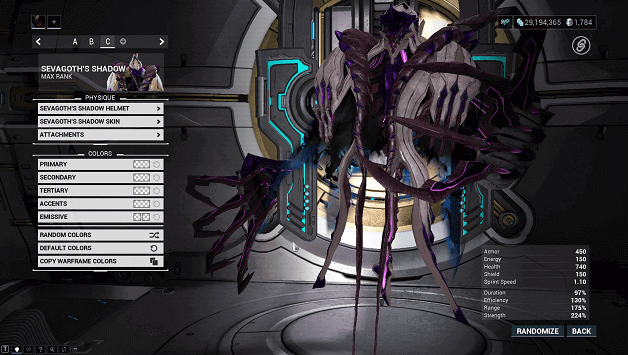 Sevagoth’s Shadow comes with Sevagoth and will automatically be obtained once you have crafted or purchased the Warframe.

This alternate form is only available from Sevagoth’s 4th skill, Exalted Shadow, and will also come equipped with the Shadow Claws Exalted Weapon.

You will be able to use Sevagoth’s Shadow after filling up the Death Well, allowing you to summon and take control of the shadow to attack your enemies. 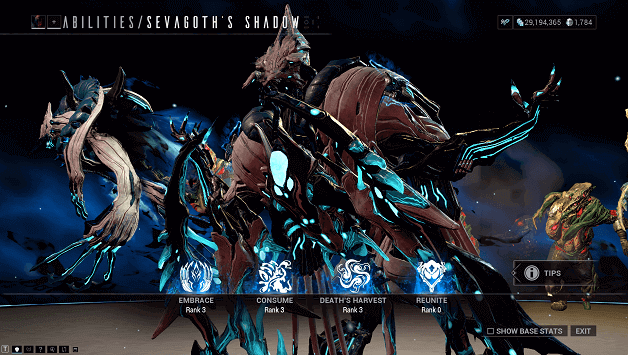 Sevagoth’s Shadow is capable of reaching out with its ghostly hands to pull enemies from a distance, suspending them in place.

He may also dash through enemies and feed upon their souls, targeting a specific enemy or charging through several of them.

The very presence of Sevagoth’s Shadows is enough to decrease the morality of its foes, making them weak and susceptible to more damage. 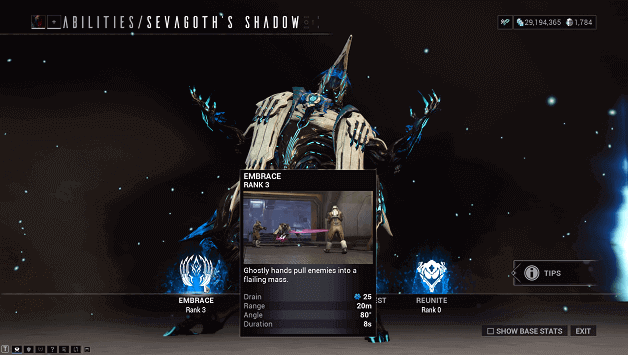 Sevagoth’s Shadow launches its hands forward and pulls enemies in front of him within an area, bringing them to their location and suspending them in the air.

This ability will allow Sevagoth’s Shadow to set enemies up for attacks or even follow up with other abilities such as Consume or Death’s Harvest.

Enemies suspended in the air will be unable to attack you and will become vulnerable to your attacks until they fall and get up again. 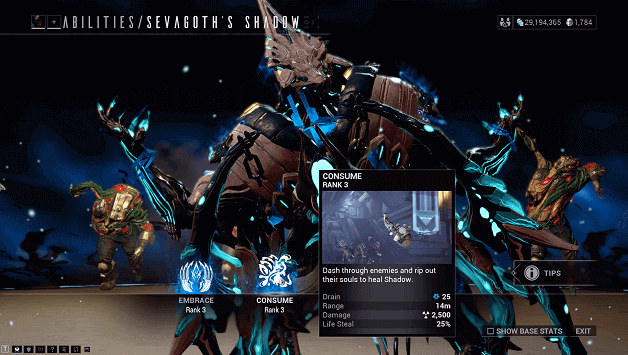 Sevagoth’s Shadow dashes through enemies or towards a specific target, tearing away their souls to heal themselves in return.

This ability is great for killing groups of enemies and also provides Sevagoth’s Shadow with mobility as it can be used to dash around.

Enemies may be knocked down by this ability and may become vulnerable for a short period, allowing you to follow up with other attacks. 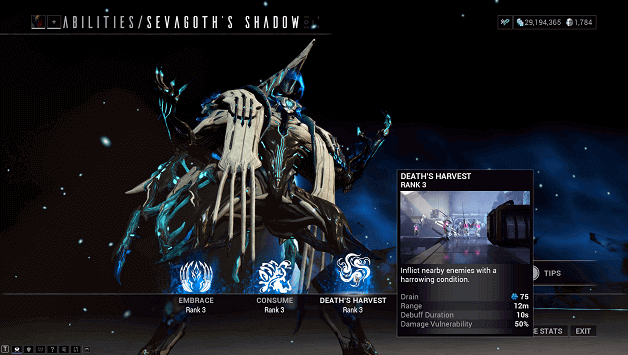 Casting Death’s Harvest causes Sevagoth’s Shadow to inflict enemies around it with a debuff that causes them to take increased damage.

Enemies become weaker and will fill the Death Well when they are killed while under this effect, prolonging the usage of Sevagoth’s Shadow.

This ability is great for keeping Sevagoth’s Shadow active and makes it easier to kill enemies due to the additional damage, making it great for supporting a team as well. 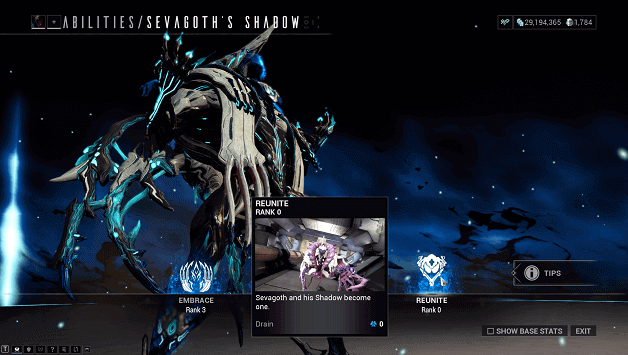 Sevagoth’s Shadow reunites with Sevagoth, ending your control over this alternate form and returning you to controlling Sevagoth. 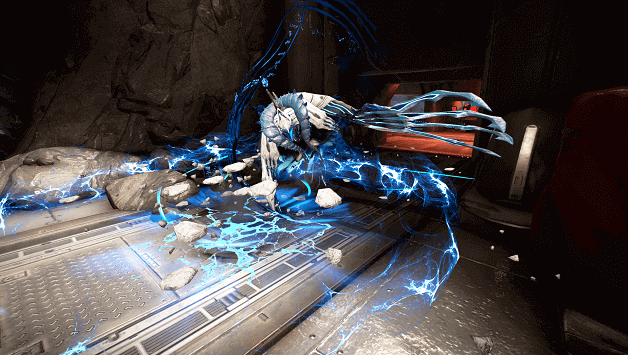 Sevagoth’s Shadow is quite the powerful alternate form, able to use a whole new set of abilities and equipped with a powerful melee weapon.

The ability to upgrade the Shadow Claws makes it easier to focus on a specific melee build to be used when you are controlling the Shadow.

Sevagoth’s build affects the damage that is done by the Exalted Shadow’s Shadow Claws but the shadow itself has its own build that affects its abilities.