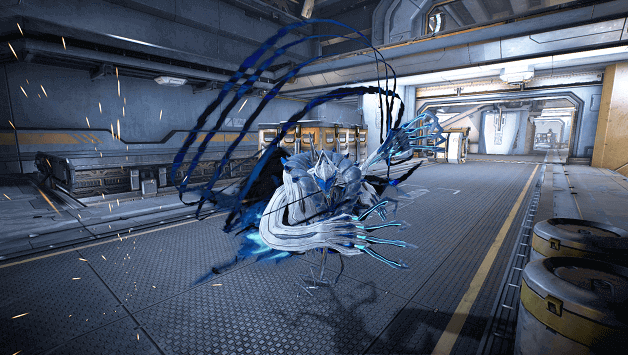 Sevagoth’s Shadow Claws is one of the deadliest Exalted Weapons around, capable of slicing enemies up within seconds.

Affected by both the Ability Strength of Sevagoth as well as the mods that are equipped with, Shadow Claws offer a high amount of melee damage.

With a high Critical Chance and Status Chance, the Shadow Claws can be built to deal critical damage, inflict status effects, or even a hybrid build.

Before checking our Sevagoth Shadow Claws builds below, we’ve covered a guide about how to get Sevagoth in Warframe. Do read our guide. 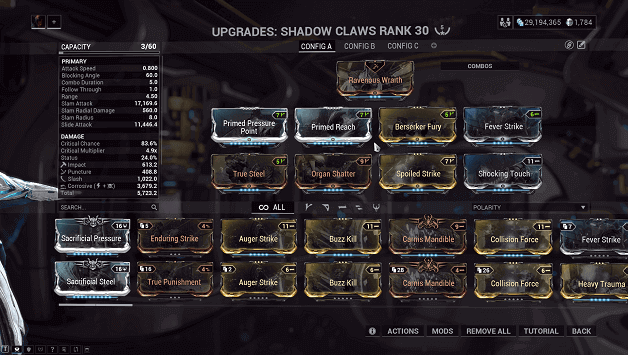 When it comes to the base damage of the Shadow Claws, the Critical Build is one top choice to use if you want to deal a ton of damage.

Since Sevagoth’s Shadow can shred enemies within seconds, you can expect a lot of damage dished out, especially when there will be critical strikes.

Enemies will easily be killed by the attacks from Sevagoth’s Shadow with its Shadow Claws and with Berserker Fury, you get a boost in speed per kill.

While Spoiled Strike tends to slow down your attacks, this has been negated with Berserker Fury, allowing you to continue slashing through enemies. 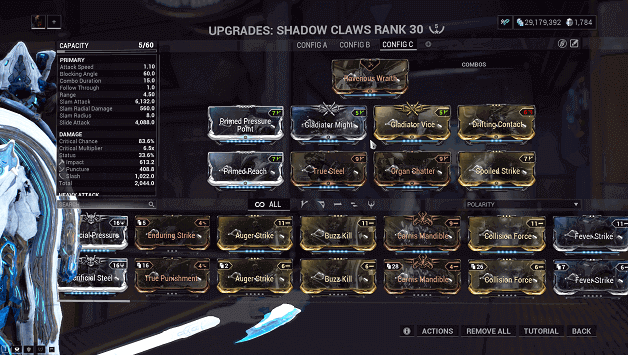 The Gladiator Build is similar to the Critical Build but the focus on Gladiator Mods makes this different and is meant to match builds where Sevagoth also has them equipped.

Combined with the other Gladiator Mods, you get an increase in Critical Chance per Combo Multiplier, which means the higher your combo, the more damage and higher the chance of criticals.

Since a combo is necessary for the increase in Critical Chance, we have added Drifting Contact to sustain it and to make it more efficient, using the Naramon school is advised.

The more Gladiator Mods that you have equipped (including those in Sevagoth) the higher your Critical Chance, which is great since you cannot equip Blood Rush into Shadow Claws. 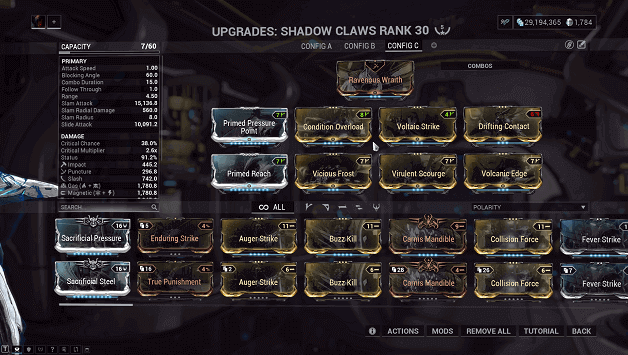 Sevagoth’s Shadow doesn’t only have to dabble in physical damage, you can take the elemental damage and status effects approach to torment your enemies.

With the 4 status mods, the Status Chance of Shadow Claws reaches 91.2%, guaranteeing status effects after a few hits or even on the first.

Since Shadow Claws deal Impact, Puncture, and Slash Damage, you can expect these physical attacks to cause Status Effects as well as for your elemental attacks.

Since a lot of Status Effects can become active, Condition Overload will make you deal even more damage along with what your enemies already suffer from. 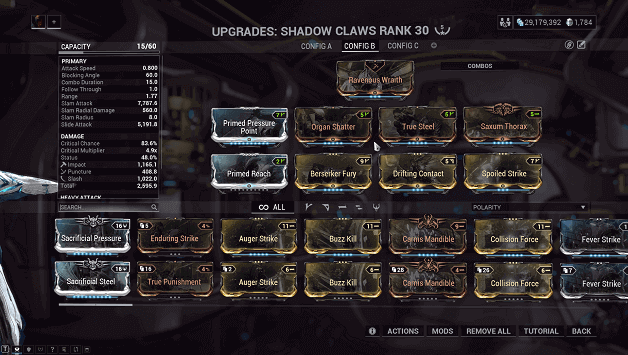 The Saxum Thorax Build is a variant of the Critical Build which includes the Saxum Thorax Mod and should have support from the other mods from its collection.

With the Saxum Mod Set in effect, enemies who are lifted will explode when they are killed, which makes this quite handy as Sevagoth’s Shadow has the Embrace ability.

The Embrace ability will pull enemies towards Sevagoth’s Shadow and suspend them in the air for a certain amount of time, giving you the opportunity to kill them.

Since the enemies are suspended in the air, Saxum Thorax will cause them to explode when you kill them, causing even more damage in an area and making it easier to clear foes. 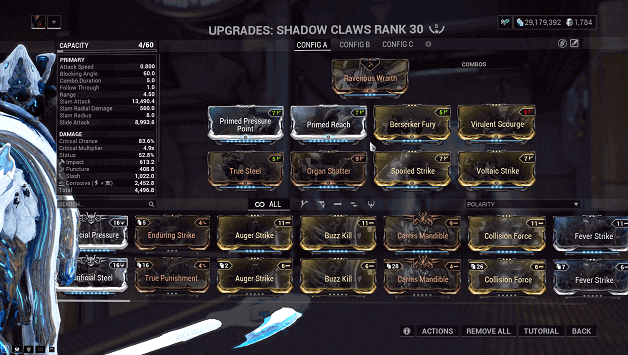 Sometimes it is hard to decide between Critical Damage and Status Effects, which is why we have come up with a Hybrid Build to help settle the debate.

With the Critical Mods True Steel and Organ Shatter, we have an 83.6% critical chance which is very high already and will guarantee many critical strikes.

This allows the Shadow Claws to weaken the enemies and deal damage over time depending on your element while also lashing out at them with critical strikes.