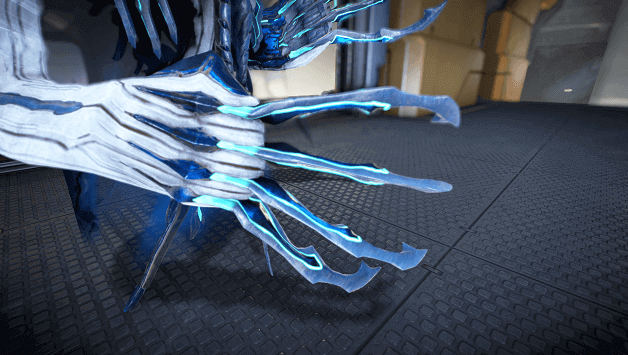 The Shadow Claws are the Exalted Weapon of Sevagoth’s Shadow, which is automatically equipped when Sevagoth takes control of his Shadow.

This weapon appears to be a set of claws that extend from the arms of Sevagoth’s Shadow and remain to be the only weapon it uses when not using abilities.

Perfect for causing all kinds of destruction, the Shadow Claws deal all of the physical damage types, which are Slash, Puncture, and Impact damage. 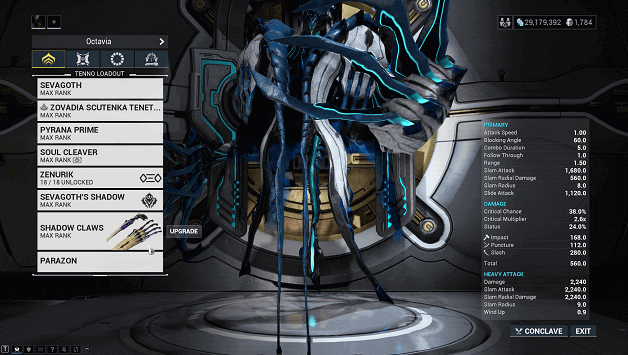 How To Get Shadow Claws?

How To Get Shadow Claws Blueprint?

Shadow Claws is automatically obtained once you have crafted and received the Sevagoth Warframe, being that it is the main weapon of his shadow.

This is an Exalted Weapon and is only equipped when Sevagoth takes control of his Shadow, using it as a melee weapon while in the alternate form.

The Shadow Claws are two large claws that extend from Sevagoth’s Shadow, which is used as the main weapon when Sevagoth takes control of it.

This weapon deals with all physical damage types, mainly Slash as its highest following with Impact and Puncture as addition damage types.

Builds for Sevagoth affect the damage done by Shadow Claws based on the Ability Strength acquired from installed mods.

Shadow Claws can be modded with melee mods, allowing it to have critical or status builds, although some mods are unavailable.

The Shadow Claws uses the Ravenous Wraith Stance, a specific stance which can only be equipped on this exalted weapon.

Ravenous Wraith Stance: “When the Death Well fills, Sevagoth’s Shadow form is ready to be released. Tear the enemy asunder with a collection of melee-focused abilities.”

Modding the Shadow Claws can help it in many ways, especially when it comes to increased damage, attack speed, critical or status chance, and more.

Once you get Sevagoth’s Death Well filled up and unleash his shadow, you are bound to shred enemies apart with this exalted weapon.