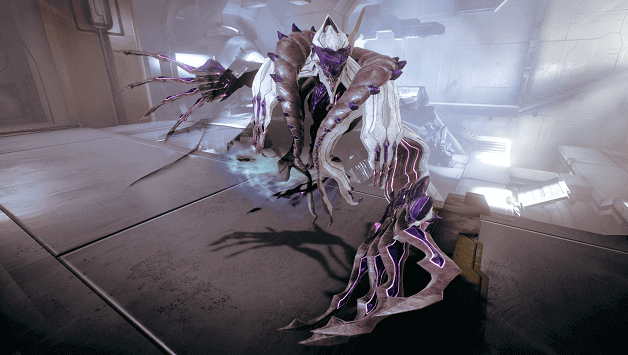 Switching from Sevagoth to his Shadow can make a huge difference during a mission, allowing you to deal insane amounts of damage to enemies.

Best combined with Gloom, Sevagoth’s Shadow can take advantage of enemies after you have switched to it while having the ability activated to slow them down.

Capable of dealing high amounts of damage with both its melee attacks and abilities, Sevagoth’s Shadow is a true killer on the field.

Before checking our Sevagoth’s Shadow builds below, we’ve covered a guide about how to get Sevagoth in Warframe. Do read our guide. 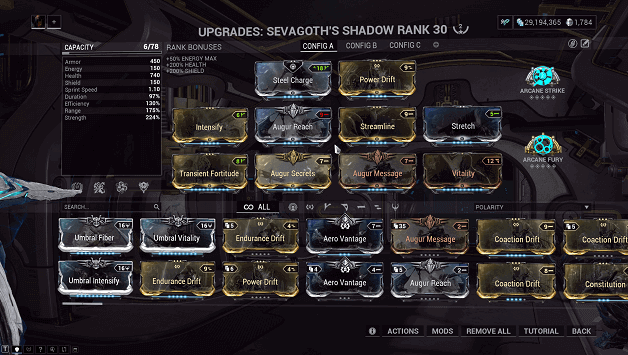 The Balance Build focuses on providing Sevagoth’s Shadow with all the needs when it comes to casting his abilities.

A fair share of stats has been increased while providing more Ability Strength to increase the damage and effects its abilities provide.

This build is meant to keep a balance between Sevagoth’s Abilities, providing a good amount of damage, duration, range, and reduced energy cost.

While this build is standard, it can, later on, be modified when needed to suit your preference, especially when you want to make your builds. 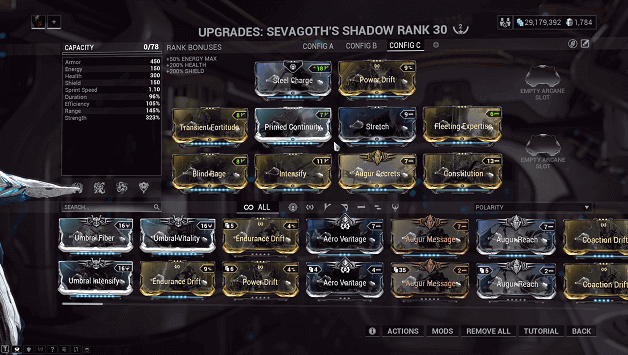 Sevagoth is capable of dealing a lot of damage, especially since you can weaken enemies with Death’s Harvest and deal immense amounts of pain with Consume.

The Ability Damage Build makes it even easier to kill enemies, reaching a total of 323% Ability Strength, which can go even higher if you replace some of the mods with Umbral Mods.

With a high amount of Ability Strength Consume will deal 8,075 Radiation Damage and will steal 80% as life steal, while Death’s Harvest weakens enemies by 161%.

Combining abilities with this build will make it easy to annihilate your enemies, such as pulling them with Embrace, weakening them with Death’s Harvest, and finishing them with Consume. 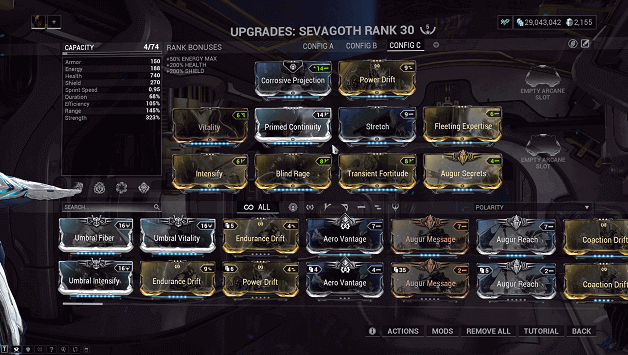 The Gladiator Build is meant to complement the same build with the Shadow Claws, allowing Sevagoth’s Shadow to make use of the set bonus.

You still have mods that provide Sevagoth’s Shadow with a good deal of damage, range, and fair Ability Efficiency with a small reduction to duration.

Even with a reduced amount of Ability Reduction, this build remains effective as it is mostly reliant on you engaging enemies with your melee attacks, dealing critical strikes often.

Combining melee attacks and the abilities from this build will allow Sevagoth’s Shadow to make good use of the Gladiator mods it is equipped with. 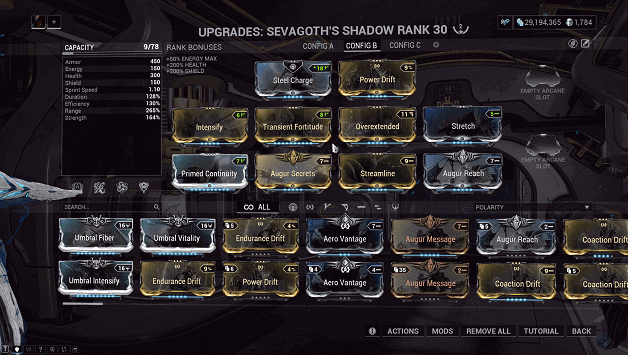 The Death’s Harvest build provides Sevagoth’s Shadow with more Ability Range, allowing it to make use of its abilities to cover larger areas.

Embrace will pull enemies from a further distance, while Consume will allow you to go further and reach more enemies to deal damage to.

Death’s Harvest will easily affect multiple enemies spread across a wide distance, allowing you to easily weaken all enemies within range.

This build is not only good for covering large areas, but it is also ideal for supporting allies as well as providing you with more mobility.