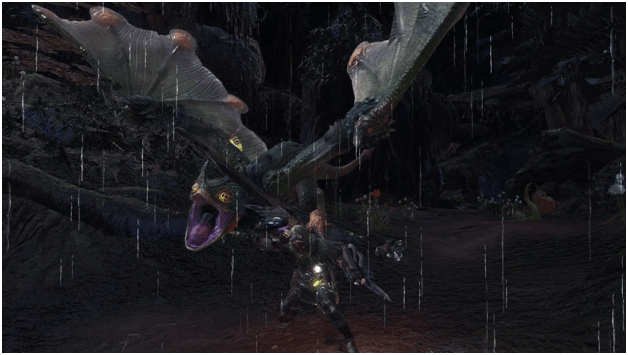 The Scatternuts in the Ancient Forest are getting harder to gather and have been found to be covered in poison.

This is mostly due to a Pukei-Pukei gobbling them up and covering the rest with its poison, making it hard to study Scatternuts.

You will need to track down this monster and deal with it before there will be no more Scatternuts to study. 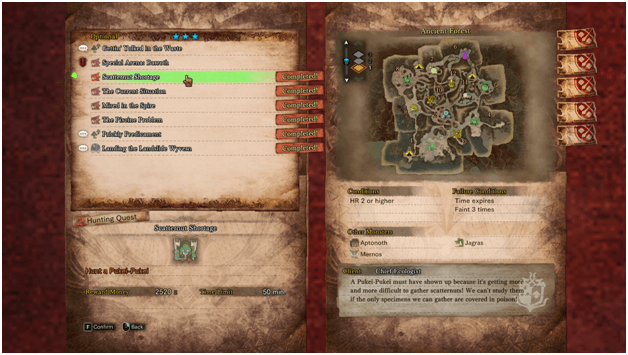 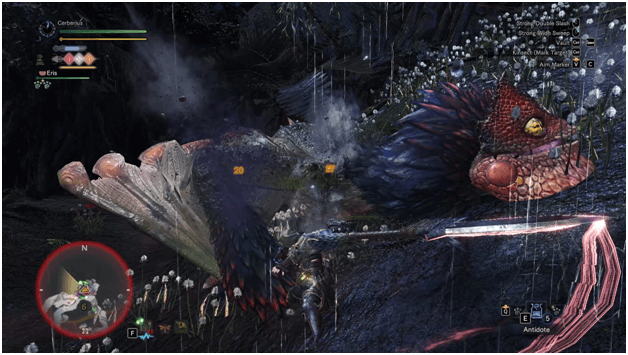 Starting out in Northeast Camp (11) will put you within a good distance leading to where the Pukei-Pukei is roaming, which is in Sector 6.

Either head straight for Sector 6 or follow the tracks leading to the Pukei-Pukei and begin to attack it until you may kill it or until it flees.

If the Pukei-Pukei manages to escape, follow it by checking where it flies off to or search for tracks that will lead you to where it has fled and continue to attack it until it dies. 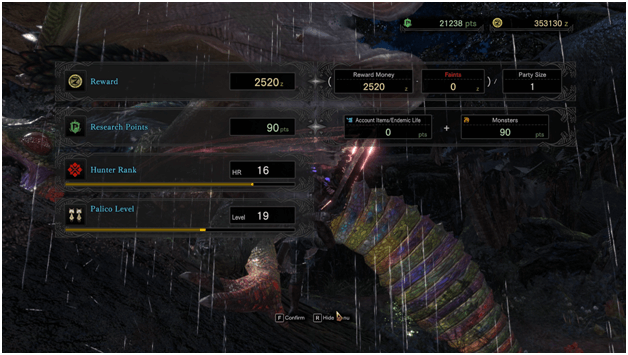 After successfully killing the Pukei-Pukei, the Scatternut Shortage quest will be complete and you will be rewarded with 2,520 Zenny. 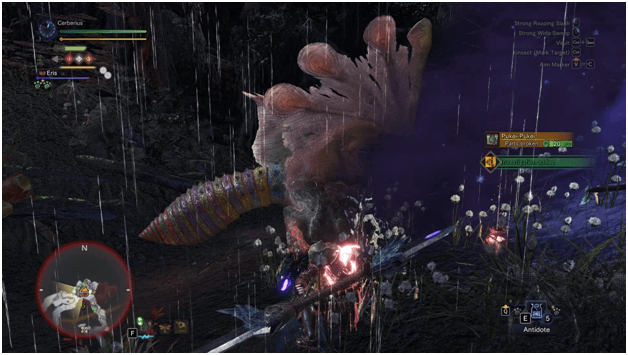