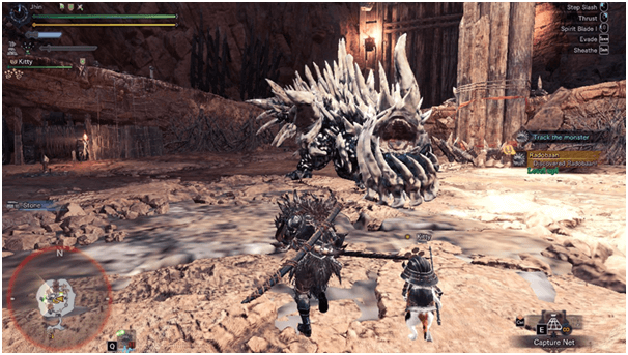 A good Monster Hunter takes precision strikes coupled with quick reflexes to slay and hunt monsters those who find themselves a master of these two find a partnership with the Long Sword.

Mostly focused on offense, the Long Sword’s unique dodge mechanic known as Foresight Slash can make its user almost invulnerable to damage, unleashing a flurry of sword strikes as well as being able to finish with the powerful Spirit Helm Breaker.

The builds focus on a specific trait of the weapon, may it be affinity boosted offense, dodge & strike or even attack bonus skills that show the full potential of the Long Sword. 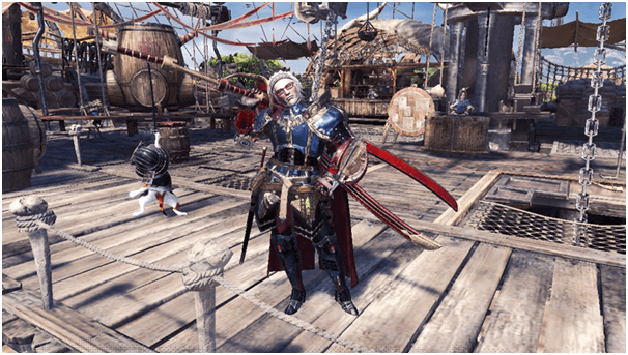 This Build focuses on damage output through the Blast status effect and fully optimized with a balanced mix of Affinity and Defensive boosting skills.


When it comes to damage builds critical overpowers direct damage increase skills. Critical hits will be your main physical damage source for this build.

Gets your meter up faster quickly improving your damage potential

Lets you endure some hits from monsters while dishing out damage of your own.


Improves your chances to build up Blast Blight on your target potentially increasing your damage output.

High damage coupled with high blast damage that is a great fit for this build even though it doesn’t have any affinity rating at all.

High affinity with damage and a passive skill this weapon is also a great part of this build although lacking in damage potential.

How to Use The Blast Status Long Sword Build? 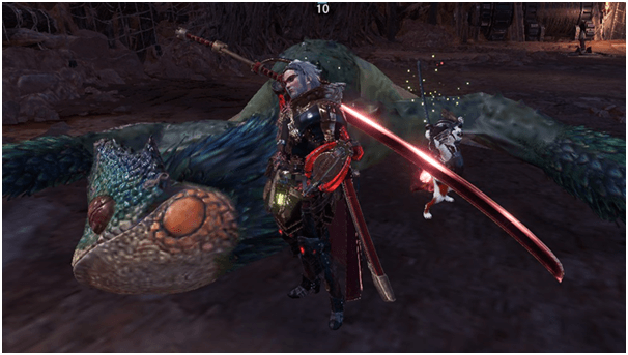 This build focuses on the freedom of how you would want to use the Long Sword since you have a fair defensive stat against most monsters, so don’t be intimidated by monster attacks.

Focus on your timing to get your Spirit Gauge at max level to deal maximum damage with your weapon or your Spirit Helm Breaker.

You can do a lot of damage with this build since it focuses on the blast status that deals an extra flat amount of damage on most monsters. 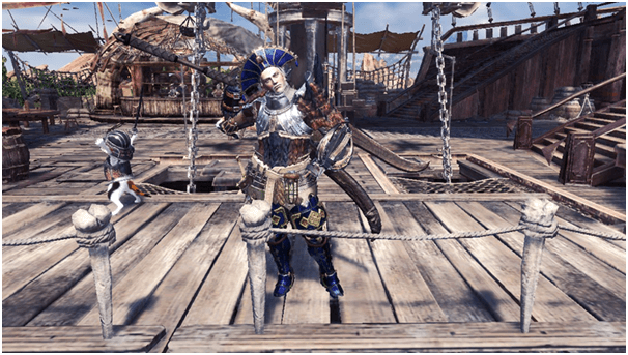 This build focuses on the Foresight Slash maximizing and extending its damage negating properties that can counter pretty much any attack except for the cataclysmic meteor of the Behemoth.

Not only this build has maximized evasion it also carries a couple of offensive skills to make your counter attacks more effective.

Greatly improves your Fade Slash and step back from Foresight Slash.

When countering some attacks and the high arching swing of the Foresight Slash you will be able to make good use of this skill.


Improves the duration of your invulnerability when using Foresight Slash

With your critical attacks this can improve your damage significantly without the need of direct damage skills.


Extra elemental damage is always welcome, just make sure that you use the correct element for every monster you fight to maximize effectiveness.


Doubles down the improved effects of foresight slash.

The high dragon element of this weapon provides a great fit for this build.

With average affinity this thunder element weapon is an effective weapon to this build when fighting against some Elderdragons or Nergigante that are susceptible to the Thunder element.

How to Use The Foresight Slash Long Sword Build? 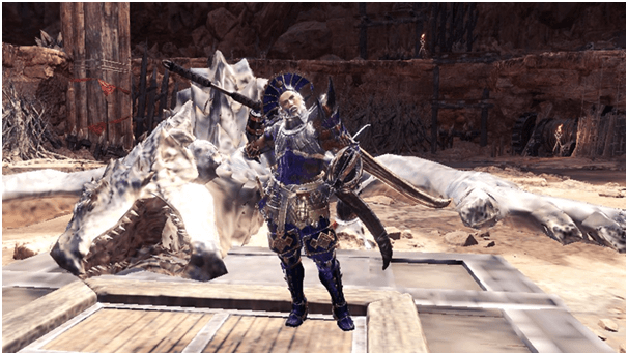 Timing is everything with your attacks and counter moves as well as learning when to use your Foresight Slash is important to this build, since usually using it too early or too late can put you in a bad spot.

Remember that you would need at least a little bit of your Spirit Meter to be up to gain the damage negation of the Foresight Slash.

Not getting hit or even negating stuns and poison attacks can make your experience with the Long Sword a powerful one that makes you feel invincible in hunts. 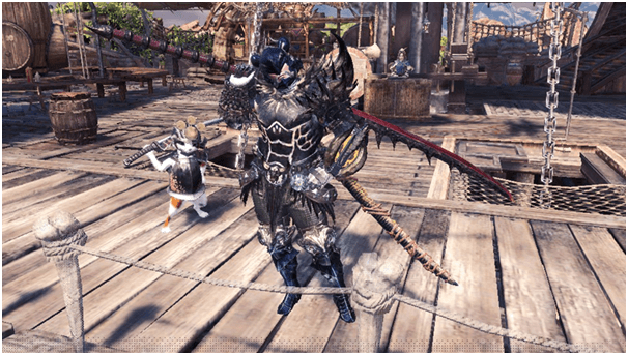 This build is all about offense and how much damage you can do in little time with your weapon, mainly focusing on raw damage output ignoring any elemental resistance of monsters would have to your attacks.

Since you will not use much stamina with this weapon this skill will usually be active.

Breaking parts is essential to most hunts and is a great way to deal extra damage to monsters.


Taking advantage of any situation with this build focusing on damage this skill is almost always active with any fight.


Effective for fighters that use terrain and sometimes initiate combos after making a mounted attack.

Skill Effect:Level 1: Regenerates your health as you continually attack a monster by 10hp every 5 attacks


Adds a bit of sustainability and sort of incentive to keep hitting your target often.


Often overlooked this skill is useful when fighting all of the fire element monsters from the Rathalos to Lunastra that ignite the ground, negating their effect and to let you focus on your attacks.

Skill Effect:Level 1: Raises base attack for non-elemental weapons by 10%


Effective when it comes to long swords due to its high damage and affinity weapons with hidden elements.


An added damage increase to your attack focused build.

High physical damage is what you want with this build and with a hidden element this can take advantage of the Non-elemental Boost skill.

Another good weapon with high damage and a hidden element option if you don’t have the divine slasher yet.

How to Use The Berserker Long Sword Build? 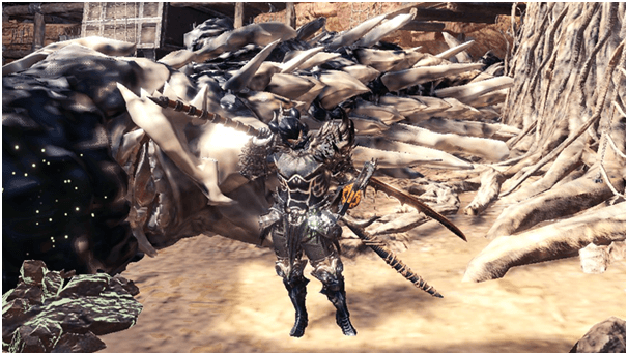 Going berserk with this build is basically the main point of your tactics and your attacks have a chance of refilling some health but not by a lot to fully sustain you in fights.

Remember to get your gauge up and keep it up to deal maximum damage and also take advantage of  run upable walls to make Falling Slash attacks.

Take advantage of your high damage to break off parts to weaken your enemies that helps a lot in the long run for your damage output and survivability in fights if you can stagger them often. 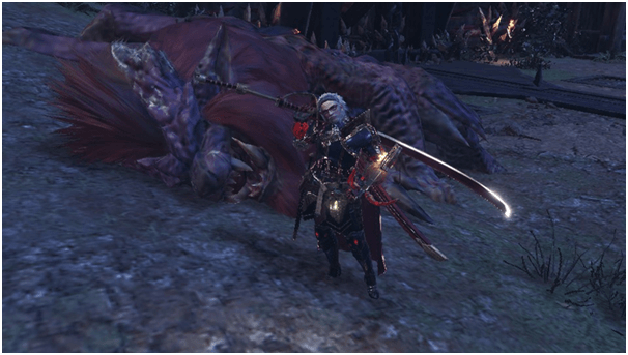 The Long Sword builds reflect on the idea of how to fully take advantage of certain aspects of the weapon itself both in offense or defense in combat.

Although the tactics that are used aren’t necessarily specific to the build but to only maximize their general effectiveness, these tactics can also be used on other builds of the Long Sword to practice and work on your skills.

Once mastered, the Long Sword is a powerful weapon to wield, making fights quick and swift much like the skills used by samurai that use this type of weapon.

Feel free to use these builds however you wish since these are basically the best guidelines of the best skills for the Long Sword that can either teach you something new or optimize your current builds for this weapon.