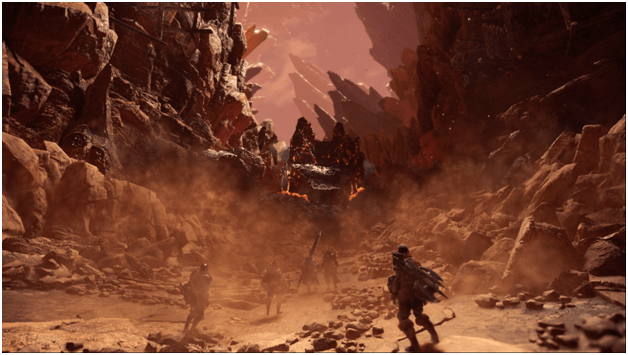 As Zorah Magdaros makes its way towards the Great Ravine, preparations are being made and the attempt at capturing the monster is at hand.

The Commander has ordered everyone to gear up and head to the site to intercept Zorah Magdaros, which you will also play a part in.

In this mission, you and several teams aim to put in an effort to weaken the monster and capture it as this might be the only chance that you get. 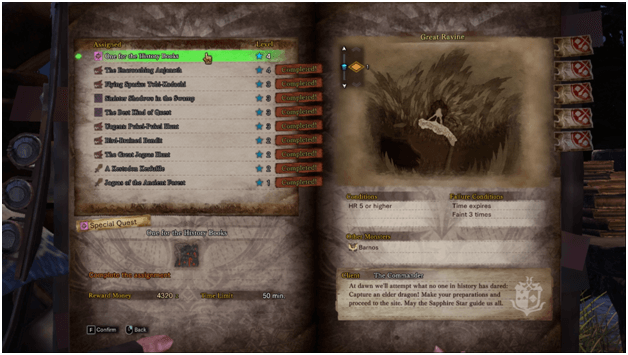 In this mission, you will need to do your part and help damage the creature as well as aid in its capture once it is in a weakened state.

You will need to do several objectives such as: 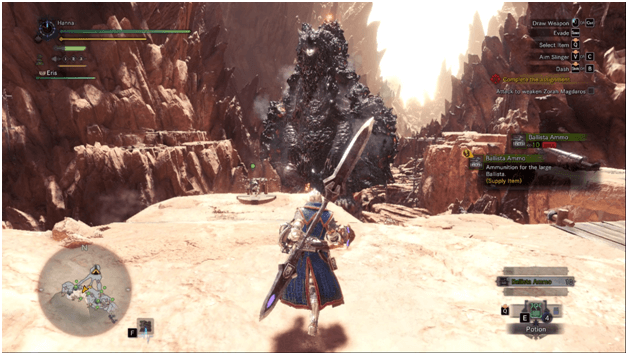 The mission will begin with a cutscene showing the arrival of the Zorah Magdaros after the site has been set up.

Once the Zorah Magdaros is in range, you will need to access the cannons and ballistae nearby to deal damage to the monster. 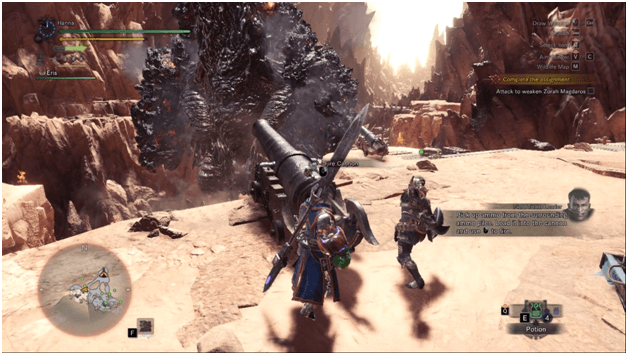 There will already be a cannon that has been loaded which you may fire and refill afterwards by gathering cannonballs nearby.

The cannons deal more damage but will take longer to reload and can only be fired as it is already aimed in one direction. 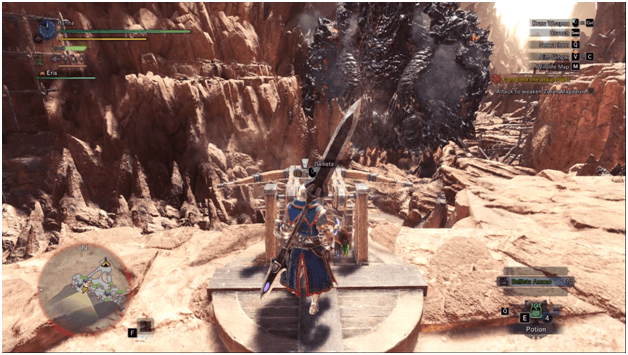 Ballistae will be usable as well but deal less damage than the cannons but can be aimed and have more shots.

Similar to the cannon, you will have to reload the ballistae that you use by gathering ballista ammo nearby. 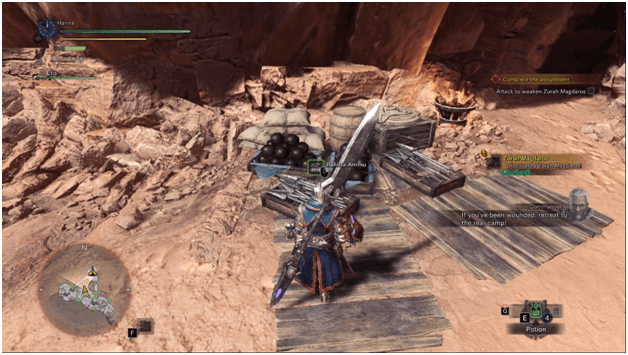 The stockpiles of ammunition are limited and each reload gives a certain amount of shots wherein the cannonballs must be reloaded one by one before firing 6 continuous shots and the ballista will be more controlled, providing 10 shots that can be fired one at a time. 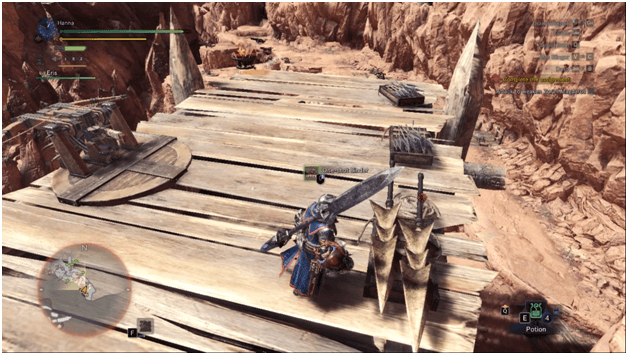 Once the creature has taken enough damage, you will be instructed to use a One-Shot binder which is marked by a waypoint. 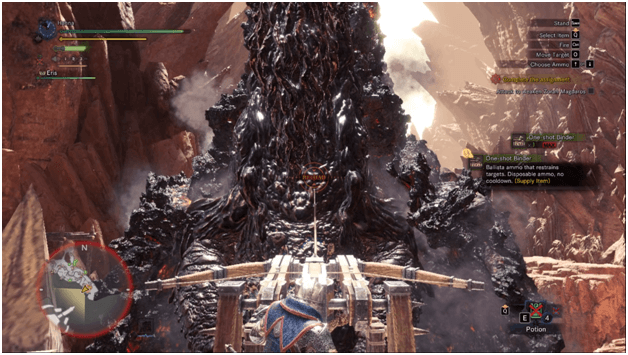 Grab the One-Shot Binder and use it with a ballista to fire the special ammo which will aid in holding down the creature. 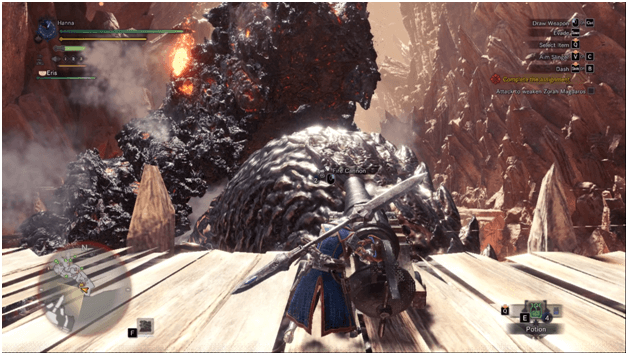 Once the creature is held down, continue to use the weapons nearby to deal more damage to it until it begins to break free. 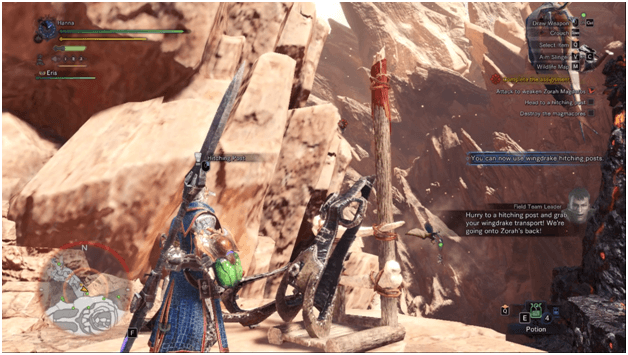 Once Zorah Magdaros begins to break free, head over to the nearby hitching post so you can be transported onto the monster. 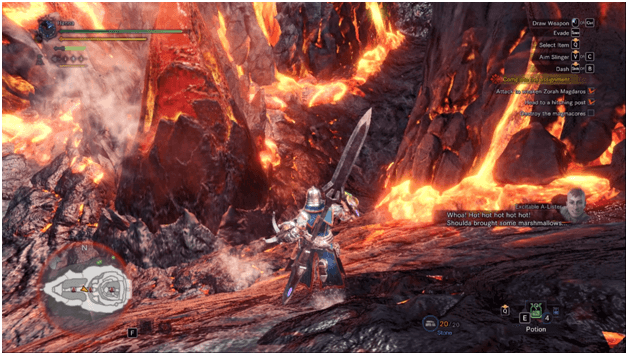 Once you are on Zorah Magdaros, you will freely be able to move and will need to find the Magma Shards located on its body.

The Magma Shards appear as a rock spike that is glowing with heat and will need to be destroyed in order to progress with the quest.

The first two Magma Shards Can be found close to each other which you will be able to destroy within minutes. 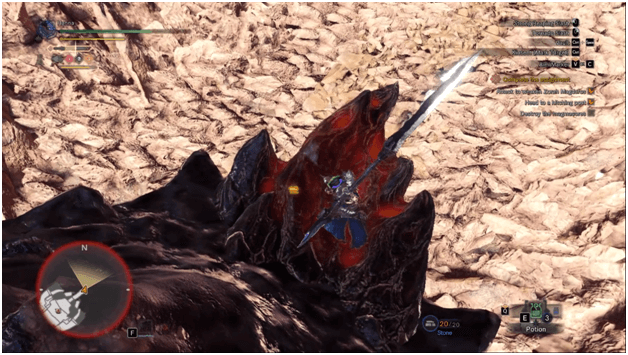 Once you have destroyed the first two Magma Shards, climb up the creature and go up to its head to damage the next Magma Shard. 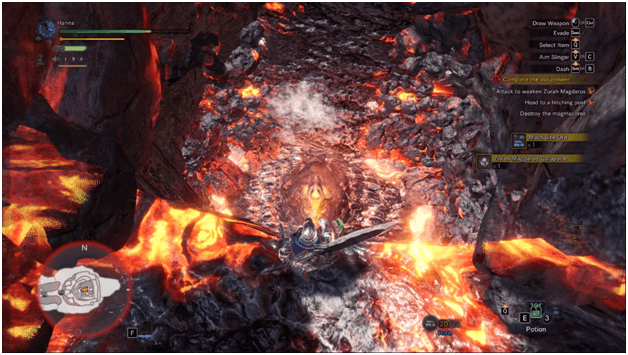 After destroying the third Magma Shard, the last one will be accessible in a hole along its back which you must jump down into.

Destroy the last Magma Shard to continue, which results in Zorah Magdaros shifting its position and will allow you to exit the hole. 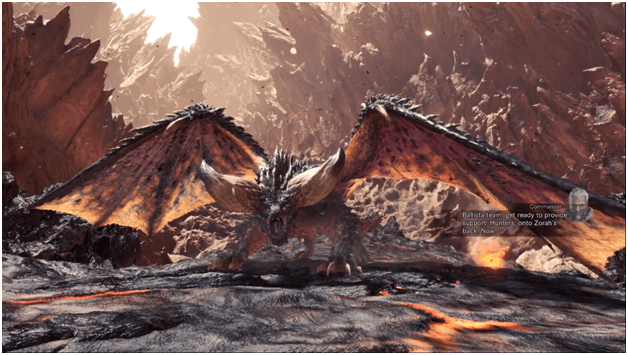 As you climb out, a monster which is later identified as the Nergigante will appear and interfere with the attack. 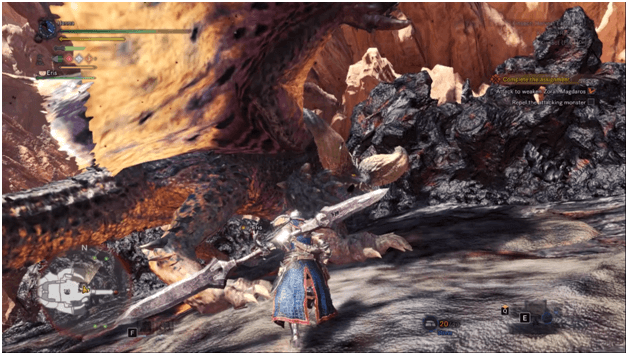 You will have to take on the Nergigante and deal as much damage as you can while surviving its deadly attacks.

After dealing an amount of damage, a cutscene play and the mission will end with Zorah Magdaros escaping. 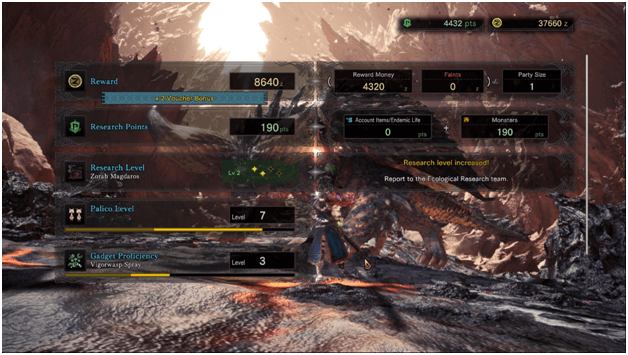 Once you have completed all the objectives in the quest, you will be rewarded with 4320 Zenny and the Ballooning Problems quest will later on be available as you continue with the story. 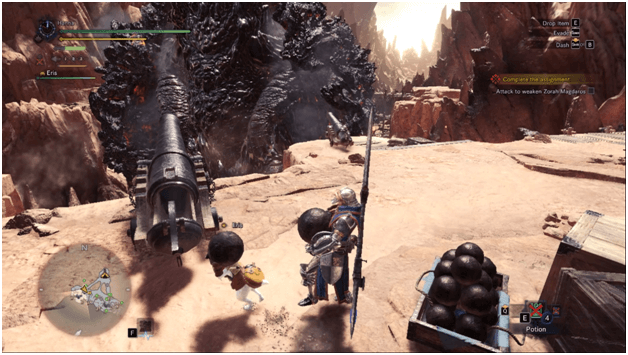