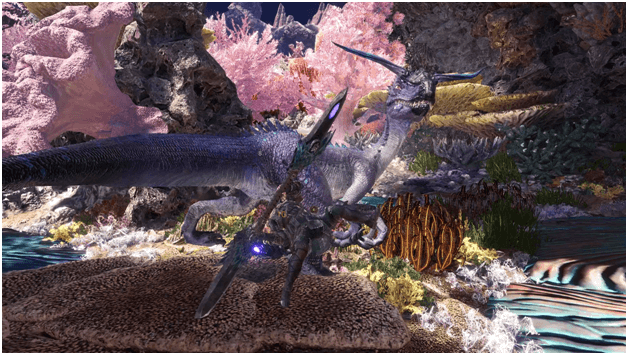 The Tzitzi-Ya-Ku’s ability to emit a blinding light has caught the attention of the Eccentric Trio and they would like you to provide a way to study the monster.

In order to study the monster’s mechanics on how it produces such a stunning flash, you will need to hunt the creature for them.

Your objective will be to head to the Coral Highlands and search for the Tzizi-Ya-Yu so that you can slay so that it can be studied later. 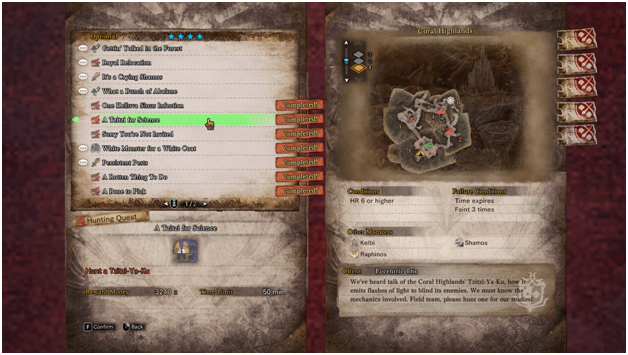 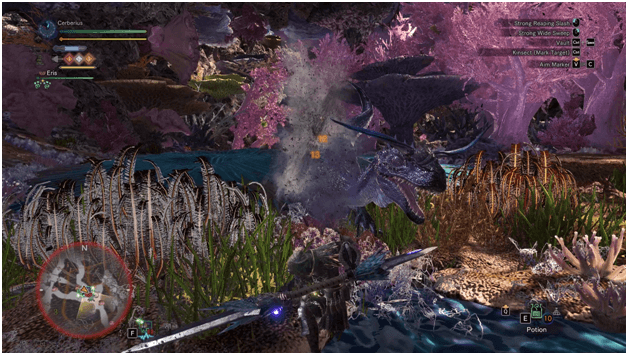 Start out in Northeast Camp (12) and make your way to the left and continue making your way to Sector 2 or Sector 4 which is just below Sector 8.

Sector 8 is usually the area where you would find the Tiztzi-Ya-Ku but for this optional quest you will mostly find the monster lurking towards Sector 4 from Sector 2.

Once you locate the Tzitzi-Ya-Ku, begin attacking it and bring its health down until it attempts to escape from the fight.

Follow the Tzitzi-Ya-Ku and continue attacking it until its life becomes critical or until you eventually kill it.

Should the Tzitzi-Ya-Ku be able to escape, it will make its way to Sector 7 where it will attempt to rest, giving you the opportunity to attack it and finish it off. 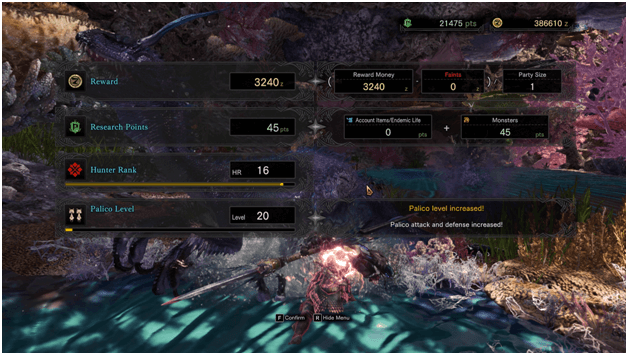 Killing the Tzitzi-Ya-Ku will complete the A Tzitzi-Ya-Ku quest and will reward you afterwards with 3,240 Zenny. 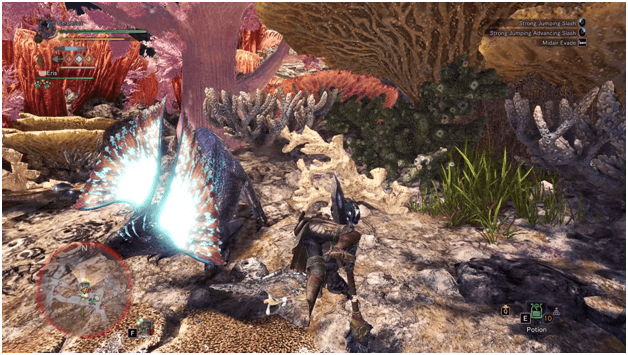