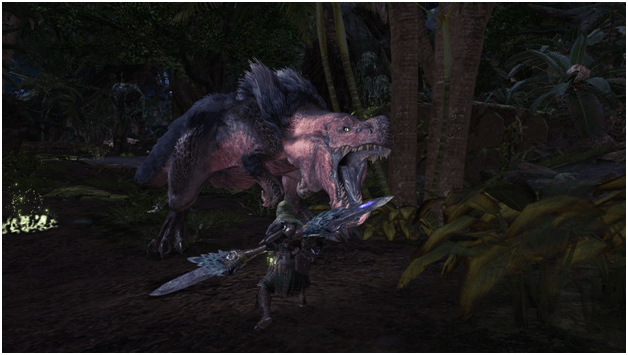 Members of the Chief Ecologist’s department have gotten ill with the flu due to an Anjanath that has been scattering its mucus everywhere.

To prevent future contamination which will lead to sickness, you will need to deal with the Anjanath to avoid further spread of the monster’s mucus.

Your task will be to head out to the Ancient Forest and hunt the Anjanath to put it down before it causes more contamination. 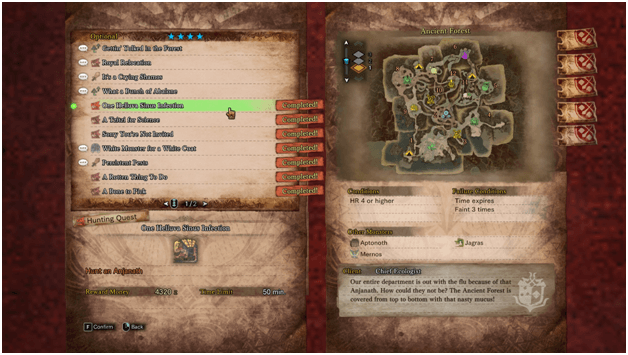 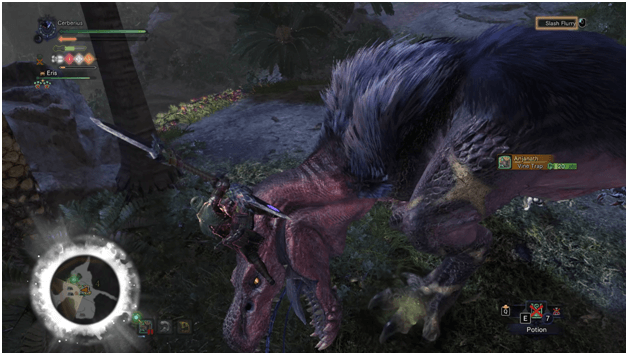 The Anjanath will be on the move as the quest begins and will usually be seen making its way to mainly Sectors 2 or Sector 5.

If the Anjanath notices you, it will start to attack but you can also initiate the attack while it doesn’t mind you to have the advantage.

Continue fighting the monster until you either cause it to flee, which will require that you chase it down or until its health is critical.

Once the Anjanath’s health is critical, it will retreat to Sector 13 where it will take a nap, allowing you to get the jump on it to deal the finishing blows. 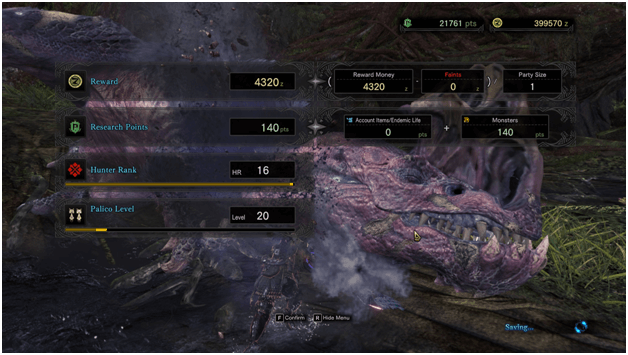 After you successfully slay the Anjanath, the One Helluva Sinus Infection quest will be complete and you will be rewarded with 2,880 Zenny. 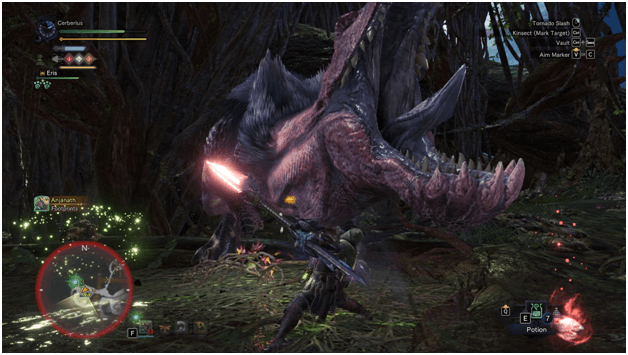