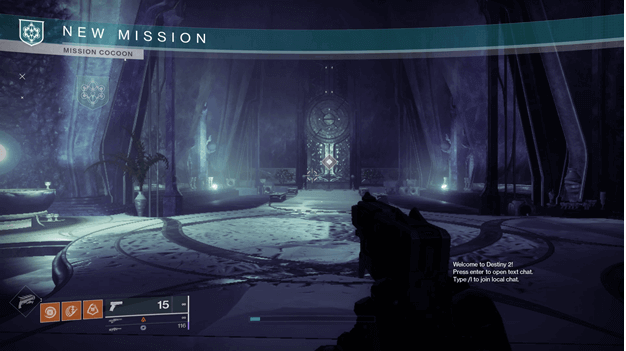 The Season of the Lost starts with you and Saint-14 flying alongside each other, partaking in the same mission.

Ikora has issued an order for the arrest of Osiris, who needs to be questioned about his involvement in Lakshmi’s attack on the Eliksni which happened during Season of the Splicer.

Saint-14 has volunteered for this mission to make sure that no one gets their hands on Osiris until he finds out about the truth. 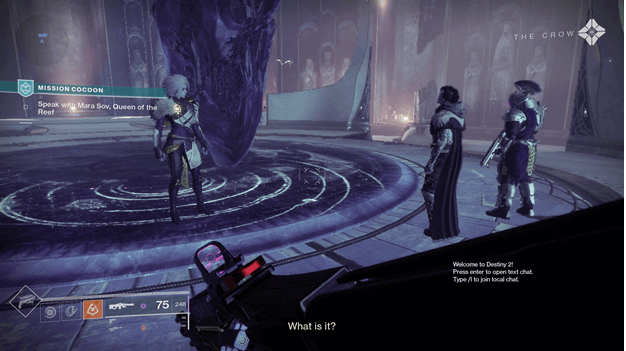 Track the Trail of Hive to Osiris

Hive will be swarming the area and you will need to follow them to find out where Osiris is, as they are also pursuing him.

As you enter the first set of doors marked by a waypoint, it will open and there will be a bunch of Hive running in one direction, follow and fight past them.

Continue making it past the enemies and afterward, Saint 14 will detect and call out a mysterious Ghost, making The Crow reveal himself.

You will come to a sealed door and will need to defeat all the enemies in the area before being able to proceed.

After clearing the enemies, Xivu Arath’s reinforcements will come and attempt to stop you, requiring that you kill them before the path is opened.

Watch out for the Ogre named Rhungatt Might of Xivu Arath, which is amongst the reinforcements that is capable of dealing a lot of damage.

After defeating Xivu Arath’s reinforcements, The Crow will inform you that there is an Awoken Device nearby, which will allow you to get to Osiris faster.

Head towards the Awoken Beacon and interact with it to Align it, which will open up a portal to the ascendant plane.

As you arrive in the ascendant plane, the area will be filled with destroyed structures and large rocks which will be your path.

Go ahead and enter the newly opened portal and traverse the ascendant plane but be careful as you will have to make a lot of jumps and fight some enemies.

Find a Path Through the Ascendant Plain

Proceeding further within the ascendant plane will reveal a path that is marked by a waypoint that you must follow to get to the exit.

Head over to the nearby Awoken Beacon and interact with it to access the next room where a portal will be opened.

Return to the Dreaming City

As you make your way into the next room, enemies will spawn in the area and you will have to defeat them, including Kelgorath, Risen From Bones.

Kelgorath will be protected by a Taken Shield Weaver, who you must destroy first before you may continue dealing damage to him.

Once you have defeated Kelgorath, a quick conversation between Saint-14 and The Crow will happen, and you will continue by entering the portal.

This will trigger a cutscene where you and Saint-14 will encounter The Crow, Mara Sov, and Osiris right before Osiris escapes.

Speak with Mara Sov, Queen of the Reef

Mara Sov will explain that there is an agreement with a cacoon-like being which recently was Osiris, explaining that you must cooperate.

After everyone has finished talking and making arrangements, you will be told to obtain the powerful relic of Awoken design in the next room.

Head over the waypoint and a doorway will open, revealing the Season of the Lost artifact, the Wayfinder’s Compass.

Once you enter the room, approach the artifact called the Wayfinder’s Compass, and the mission will be complete. 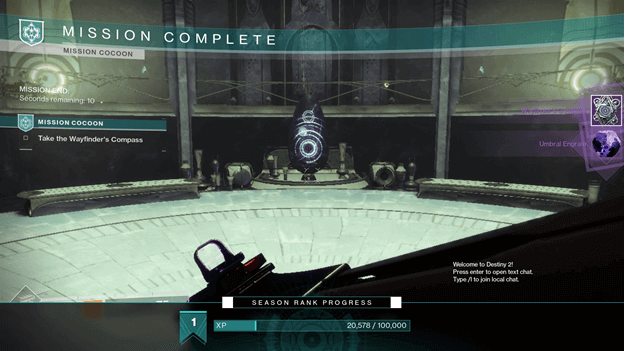 It appears that the cacoon is Savathun, the Witch Queen, Sister of Shapes, Deeping in the Hive Coven, and many more names.

It looks like you will be cooperating in a battle between Savathun and Xivu Arath, who is hunting Savathun on the behalf of another.

In exchange for your assistance, Savathun has agreed to return Osiris but the question is, at what cost in the future tasks.