Season of the Splicer introduced a lot of new things in Destiny 2 and amongst these were the Expunges, which required a specific item.

Corrupted Key Code is a rare consumable described as a Vex Key Code that was corrupted by Taken Influence but it is still usable.

When you complete an Expunge, a Corrupted Chest may appear and you will only be able to open it if you have this consumable item.

Where to Get Corrupted Key Codes?

Corrupted Key Codes can drop from almost any enemy which makes this consumable obtainable pretty much anywhere you go.

The problem is, the drop chance is not that high and you will need to be sure to keep an eye out just in case it drops.

If you are familiar with Motes, the Corrupted Key Code looks similar and instead is a shade of blue, not that hard to spot though.

How to Get Corrupted Key Codes?

Since there is no specific way to obtain the Corrupted Key Codes, your best bet is to fight several enemies and defeat them.

The more enemies you defeat, the better your chance to obtain Corrupted Key Codes, making it better to farm large groups.

Some players tend to farm certain activities such as Lost Sectors which can easily be repeated as this allows them to continuously defeat combatants. 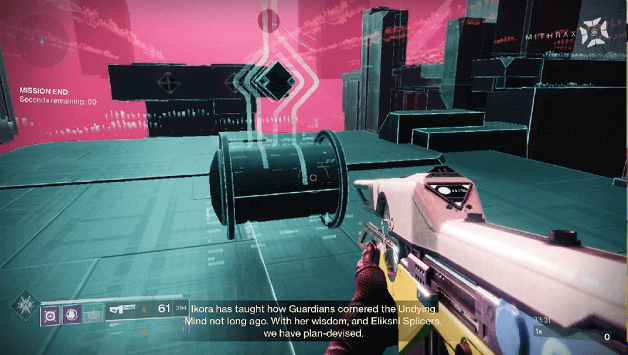 Corrupted Key Codes stored in your inventory will automatically be used when the time is right, which is when a Corrupted Chest appears.

Corrupted Chests usually appear when you defeat the boss of an Expunge, requiring that you have at least one key in your inventory to open it.

If you are in an Expunge and have no Corrupted Key Code, you will not be able to open the Corrupted Chest and will miss out on its rewards.

Once a Corrupted Chest is opened, you will usually get different kinds of gear and Decrypted Data along with it.