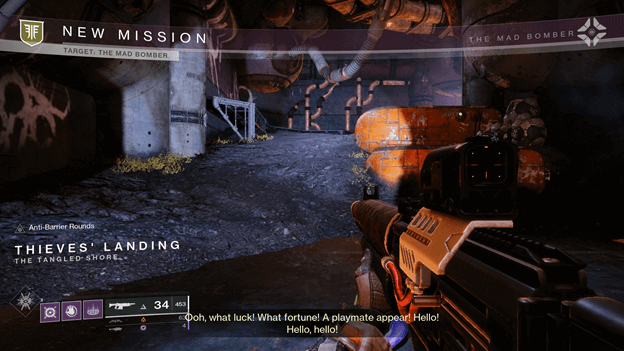 As his name suggests, in The Mad Bomber, Kaniks is a Baron who is an explosive enthusiast with a touch of being maniacal.

You will need to hunt down Kaniks by starting in Four-Horn Gulch, where he claims to have a gift for you (obviously a trap.) 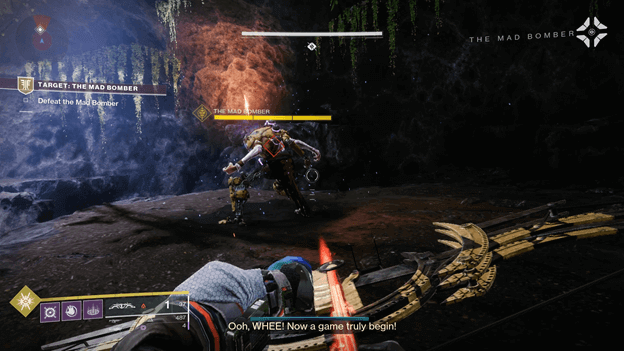 You will be starting in Four-Horn Gulch, where a “gift” is waiting for you, which is from Kaniks, making it an obvious trap.

Head to the location and Kaniks will later on say that the gift itself is “death” and afterward, enemies will appear.

Scorn enemies will appear in waves after you kill them and you will need to clear them out before proceeding to the next objective.

There will be a nearby splinter mine set up which you will have to disable or as Ghost claims, the whole place will blow.

Head over to the splinter mine and stay within its area until the percentage reaches 100%, making it a success.

The Mad Bomber continues to taunt you and accidentally gives a tip about his location regarding the Cabal, which prompts Ghost to tell you to follow them.

As you enter an open area after following the waypoint, you will need to defeat 3 War Chieftans in the area.

After defeating the War Chieftans, Kaniks will call out to you as if playing a game and you will notice there are 3 mines that you must disable in a short amount of time.

Head towards the next waypoint which leads to a tunnel that has a teleporter inside and you will be brought to Diaviks Mine, where Kaniks is hiding.

Fight Kaniks the Mad Bomber until you deplete a portion of his health and he will disappear from the area, leaving behind a bomb.

You will need to secure the bomb (stay in its radius) before Kaniks will return, which should be done quickly before it detonates.

The Mad Bomber will reappear and start attacking you and you must continue to deal damage to him, which once again causes him to disappear and leave a bomb behind.

This time there will be two bombs that you will have to secure before Kaniks comes back, which both will be disabled separately.

Continue fighting the Mad Bomber until he is finished, but get ready to make an escape and search for one last bomb as Kanik’s set one up to blow the whole area.

Defeating Kanik’s the Mad Bomber will cause his final bomb to trigger, which gives you 1 minute and 28 seconds to defuse it.

Make your way towards the waypoint and avoid any delays so that you can reach the bomb in time before it goes off.

When heading for the final bomb, ignore the rest of the enemies along the way and rush towards it to ensure a better chance of success. 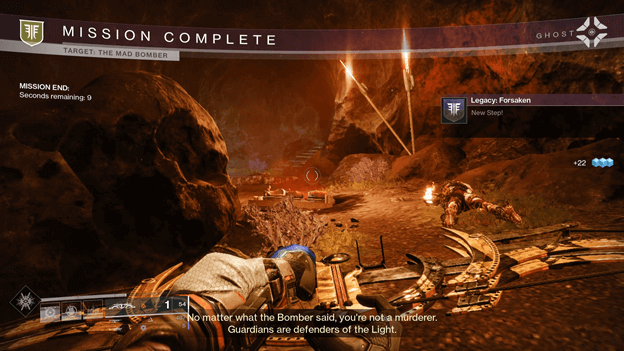 During the mission, Kaniks will keep taunting you and trying to convince you that you and Cayde-6 are murderers, which Ghost claims not to be true, and that you are a Guardian of the Light.

The Mad Bomber has finally gotten his just rewards for participating in the death of Cayde-6 as well as the filthy rumors he has been spreading.