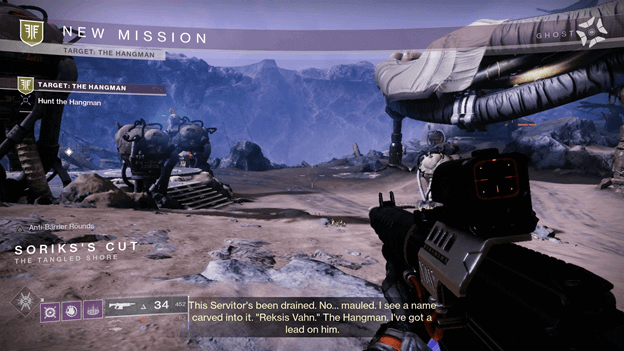 The next Baron on your list after defeating The Rider is Reksis Vahn, The Hangman, who you will start pursuing once you reach Sorik’s Cut.

The Hangman tends to drain or as Ghost claims, to maul Servitors, including the owns that Spider has.

You will need to hunt down the Baron Reksis Vahn and rescue Spider’s Servitors along the way during this mission. 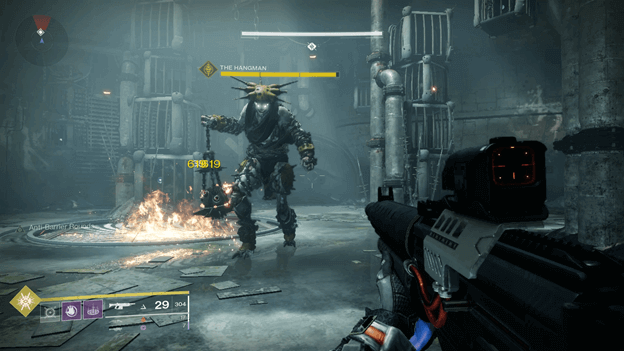 At the start of the mission, Ghost will notice a servitor which has been destroyed by The Hangman and will be able to find data to track his location.

You will need to rescue Spider’s Servitors along the way, which are contained in cages guarded by Scorn enemies.

Simply interact with the cages to free them and afterward, you will need to clear out the enemies, mainly The Hangman’s Second.

Amongst the Scorn in the area, the Hangman’s Second will be guarding the cages as well and you must defeat him to push forward.

Continue making your way towards the next area, following the checkpoint as you will need to rescue more of Spider’s Servitors.

During this objecting, Ghost explains that Servitors are considered to be “holy” by the Fallen as they provide them with the Ether they need to survive.

This will be a continuation of the previous objective and you will start with 2/5 already freed Servitors, meaning you only need to find and rescue 3 in the next area.

As you attempt to rescue the last of Spider’s Servitors in the area, The Hangman will appear and destroy it before attacking you.

You will be able to damage The Hangman but after a part of his health has been depleted, he will escape and you will have to follow after him.

Continue fighting your way through the area and you will come into what appears to be part of a facility that is crawling with Scorn enemies.

You will notice the Servitiores you rescued will also appear to assist you in this area as you press on to fight your way to The Hangman.

Follow the waypoint and you will eventually appear in a room where The Hangman is waiting and the final fight will begin where you need to defeat him.

A room nearby will open up and you will need to release the remaining Servitors that are caged, completing the mission in the process.

Watch out for the gaps when traversing through this mission as there are parts where you can fall and die, especially when riding your vehicle. 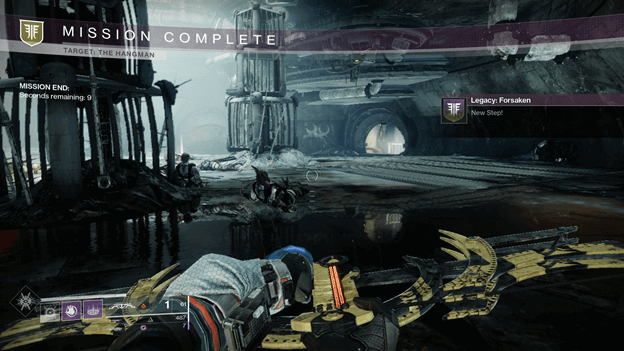 At the end of the mission, you will have successfully rescued most of the Servitors that belong to Spider, which will help prolong their survival as they need the Ether produced.

The Hangman is finally put to an end and his days of torturing will finally be over, allowing you to move on to the next Baron on your list.