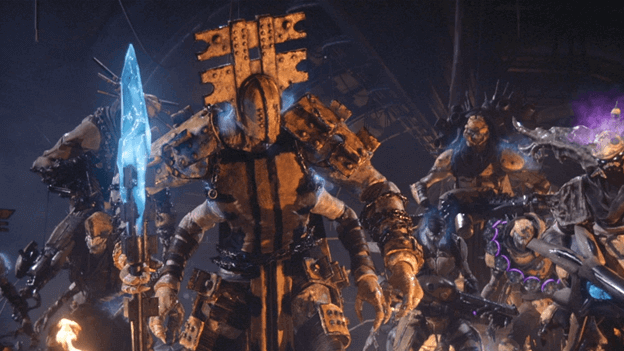 The Forsaken quests follow shortly after the death of Cayde-6, where your character has set out to seek vengeance on Uldren Sov and his Barons.

Originally Petra Venj was to go after Uldren and the Barons but Zavala would not permit it since it would leave the Traveler unprotected.

You, the Guardian, have volunteered to go after Uldren and his Barons on your own, traveling to the Tangled Shore to seek justice for the death of Cayde-6. 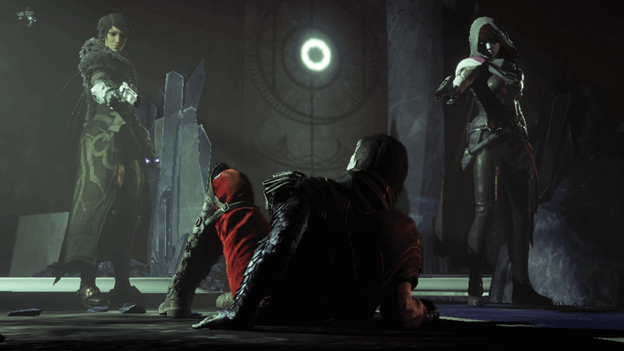 You first start by searching the area for Cayde-6’s killers, who will be located at the far end of one of the sides.

You can simply ignore the rest of the enemies in the area and focus on finding the Scorn enemies which will trigger the next steps.

In one of the very first missions, you will need to complete the High Plains Blues mission to begin proceeding with the main parts of the quest.

Check out our High Plains Blues mission for more.

After completing the High Plains Blues, you will speak with Petra as she has a potential ally who can help you find Uldren and his Barons.

Follow the waypoint heading towards the new ally to who you will need to speak to just as Petra had planned out.

Petra Ven and Spider are the only allies that will be helping you avenge Cayde-6 which makes it important to also include Spider.

You will need to speak and endure Spider’s annoying speech before proving that you are indeed an ally and even a friend to him.

To prove to Spider that he can trust you, you will have to complete 5 bounties that you can obtain from him.

Completing these bounties (which can be done by doing them and finishing them in the quests tab) will prove to Spider you are an ally and will make him open up on info and assistance.

Once you have proved that Spider can trust you, head back and talk to him back at his lair before reporting to Petra.

After proving yourself to Spider, he will have given you information on the location of the Barons, who you will go after.

During this conversation, Petra will tell you that she is going to go after Uldren Sov, while you take out the Barons.

To set out to hunt down the Barons, begin the Scorned mission, which can be found on the Tangled Shore in the destinations/map tab.

The attempt to defeat the Barons has failed but there is still hope, Spider will tell you more about the enemies you face once you speak with him again.

Talk to Petra before proceeding and you will then be assigned with a batch of missions which include taking down each one of the Barons.

This mission sets you up against The Rider, a maniacal Pike riding Baron who you will have to defeat in what appears to be a racing track.

Check out our Target: The Rider Walkthrough for more.

After defeating The Rider, you will need to hunt down The Mad Bomber in his lair and put a stop to him before he causes any more destruction.

Check out our Target: The Mad Bomber Walkthrough for more.

The next target is The Hangman, a Baron who takes pleasure in torturing his enemies and you will need to free some of Spider’s Servitors in the process.

Check out our Target: The Hangman Walkthrough for more.

Your next target is The Trickster, who needs to be dealt with as soon as possible since she plans on sending bombs disguised as Exotic Engrams to The City.

Check out our Target: The Trickster Walkthrough for more.

After defeating The Trickster, you will need to deal with The Mindbender, who is attempting to take control of other factions to do the Barons’ dirty work.

Check out our Target: The Mindbender for more.

Exacting revenge on the sharpshooter who destroyed Cayde-6’s Ghost (Sundance), which allowed him to be killed.

Check out our Target: The Rifleman Walkthrough for more.

Speak to Spider to get information about The Machinist, who is the right hand of The Fanatic, and afterward, you will go after him.

The Machinist, last of the Baron’s is your next target after speaking to Spider, who is a Baron that loves to steal tech and will use it to try to take you out.

Check out our Target: The Machinist Walkthrough for more.

Head back over to Spider’s hideout where Petra is waiting to speak with you after recently finding Uldren Sov.

Spider has some important information for you before you head out to challenge Uldren, you will need to speak with him.

Climb the Watchtower to Stop Uldren and the Fanatic

Follow the given steps and work your way towards each of the waypoints to proceed with the quest.

Complete the Nothing Left to Say Mission

The final target that you and Petra are after, Uldren Sov is going to be the next target in the mission called Nothing Left To Say.

Check out our Nothing Left To Say Walkthrough for more.

Completing this mission will bring the whole quest near its end and will end the story involving Uldren and his Barons.

Speak with the Vanguard

You will need to head back to The Tower and individually speak with Ikora and Zavala after completing the Nothing Left to Say mission.

Return to Petra on the Tangled Shore

Head back to the Tangled Shore to speak with Petra Venj and she will give you the Key of Light and Darkness Quest.

Speak to Petra Venj once again and she will offer you the Vestian Dynasty sidearm which she claims may be useful to you when you reach The Dreaming City.