Heterocephalus Magnus was first seen in the Holocene epoch observed to be somewhat a passive herbivore.

Resembling a naked mole rat, it is far larger than its modern cousins and has distinct callused scales on its back and sides.

The Roll Rat can usually be seen burrowing underground at times, searching for food such as fungi and plants.

Not caring about human presence or maybe due to being unable to see properly, it will only attack if shown any aggression.

Used as a quick transport on, land it can roll quickly on the ground, crushing rocks or creatures in its path. 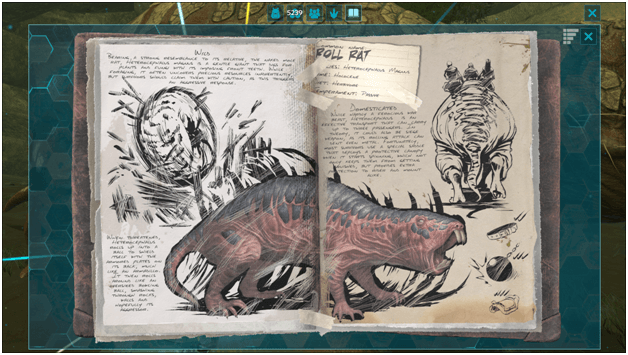 The Roll Rat has been observed to be a passive creature that uses its imposing front teeth to get fungi and plants that it can eat.

When angered the Roll Rat will tuck itself in rolling like an armadillo,crushing rocks or creatures in its path with ease.

Should it feel threatened, the Roll Rat will curl up to protect itself and begin to roll around in an attempt to fend off its attacker.

The Roll Rat is a common mount when transporting humans and resources safely utilizing its ability to roll and protect its cargo. 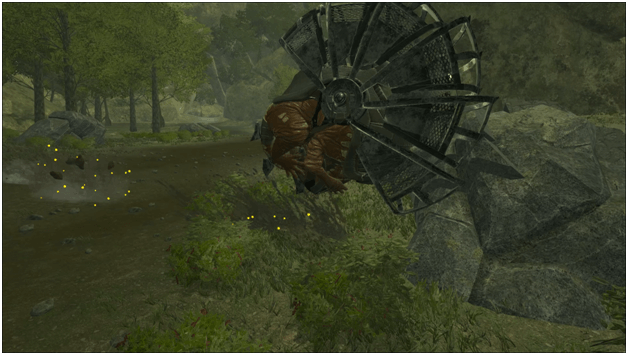 The Roll Rat will fling its tail forward, starting to roll extending its roof as it rolls to protect its riders from getting crushed while rolling.

The Saddles durability lowers the more you roll so it is advised to have a spare saddle in its inventory.

The Roll Rat is also capable of jumping while using this ability.

The Roll Rat has a certain affinity with would which causes the wood in its inventory to have a 80% reduction in weight.

The Roll Rat can transport up to 6 riders on its back and its ability to protect its riders when rolling makes it a great personnel carrier when raiding.

Reducing the weight of wood in its inventory by 80% making it an efficient wood carrier and even able to harvest berries and mushrooms by itself when wandering.

How to Tame Roll Rat? 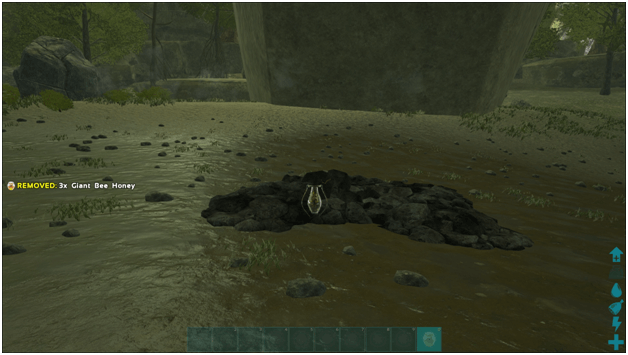 It is fairly easy to passively tame a roll rat, after it burrows underground you can drop honey in the burrow and it will start the taming process.

You will have to wait for it to burrow again so you can drop honey (honey should be equipped in the last item slot and used which will cause it to be thrown, not eaten..

Currently it’s only taming item is Giant bee honey but it will consume other berries after taming. 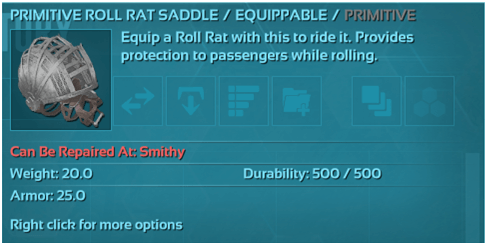 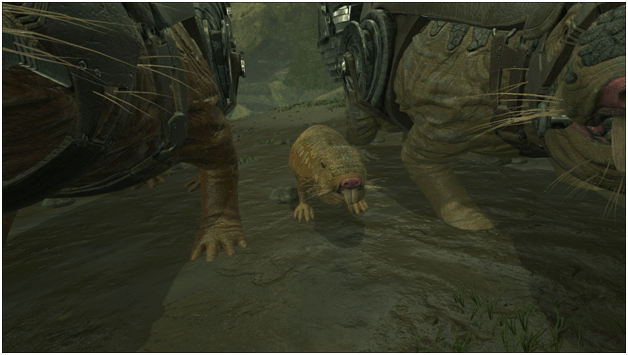 After mating, the female Roll Rat will gestate and then give birth to a baby Roll Rat.

Maps where there are Roll Rat spawn: 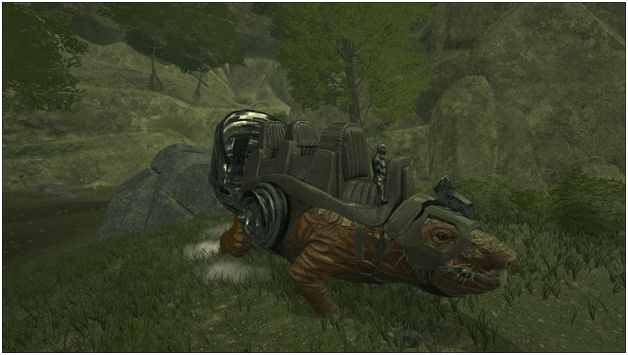 Having a Roll Rat is quite fun and quite useful, being able to carry up to 6 passengers and it can almost destroy anything blocking your path.

It can be a great wood harvester for the tribe since it can carry a lot of wood and farm it efficiently.
Overall it may be arguable that it might be the cutest or the ugliest mount to have but it is certainly a must have for any tribe.

As long as you find a good source of honey, taming a Roll Rat becomes quite easy and having one early on can help you and your tribe collect resources faster.