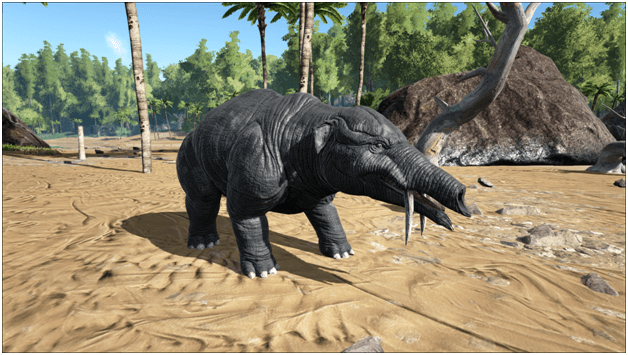 The Phiomia somewhat resembles modern day elephants due to its nose and tusks, but only about a fraction of the size as the adult Phiomia is the size of a baby elephant.

In the wild it is seen foraging plants using its nose as an arm to grab onto bushes and plants or digging them up with its tusks.

The Phiomia will not mind the presence of humans and other creatures but once attacked, it will run away until it feels safe..

Unable to defend itself, it is more often used as a pack mule to carry heavy loads in groups or kept for its ability to create large amounts of feces. 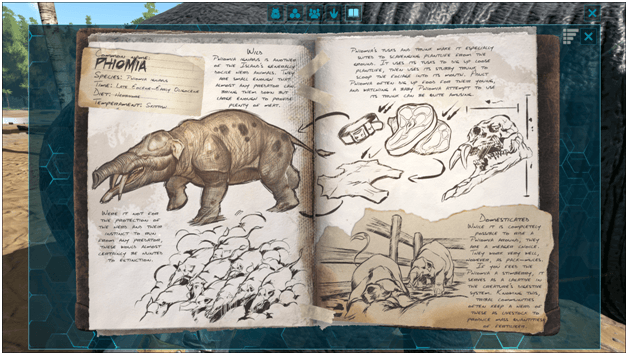 One of the Islands docile herd animals, the Phiomia being a small creature is usually preyed upon by predators of the island.

Being constantly under threat by large predators of the island, the Phiomia takes its chances by being in a herd to give it an opportunity to run away.

The Phiomia uses its tusks and trunk as tools to dig up loose plants to feed themselves and their young.

Being a weak creature, the Phiomia is not usually mounted for combat but is commonly used in groups when carrying materials.

Some tribes keep these creatures since they can produce massive amounts of feces due to their reaction when fed Stimberries. 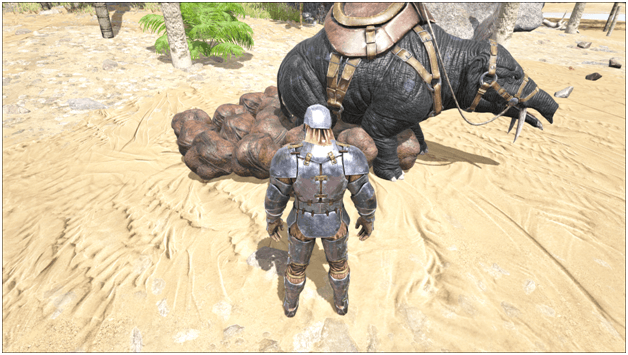 Feeding the Phiomia Stimberries causes it to produce feces while also draining its hunger, proving you and your tribe a substantial amount of Medium Animal Feces which can be used for making fertilizer or growing crops.

The Phiomia is a good mount to have early in the game since it can swim as fast as a human but can carry more than their rider, making it an efficient multi terrain mount.

Can be an early game tank for taming some of the dangerous creatures of the island, especially when it comes to taming the Pulmonoscorpius since the Phiomia has an above average torpor threshold.

The Phiomia has a special reaction when it is fed Stimberries, forcing it to produce a huge amount of feces to use for fertilizer.

The Phiomia is capable of harvesting wood and thatch which can prove to be beneficial for starting tribes. 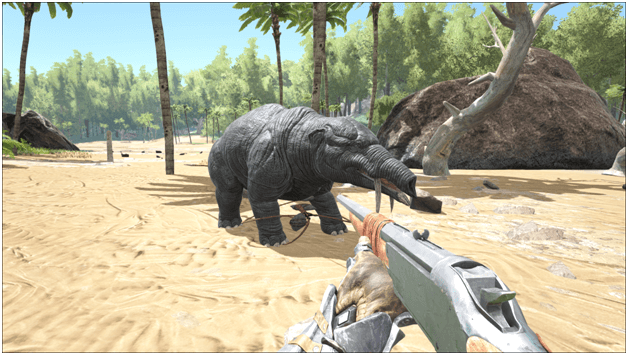 It is easy to tame a Phiomia due to it being docile when approached, you can gain the upper hand when taming it.

A thrown bola can immobilize the Phiomia then you can attack it with a club or other torpor weapons to knock it out. 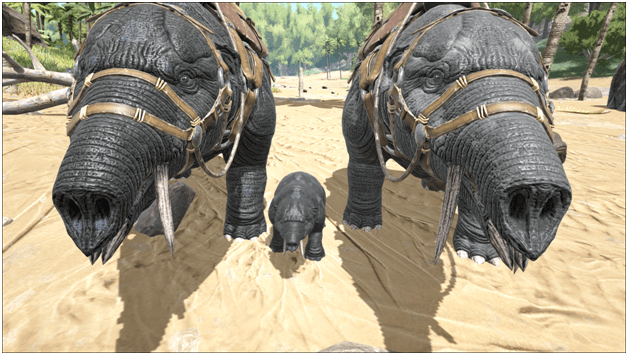 After mating, the female Phiomia will carry the baby in its womb while gestating until it gives birth to a baby Phiomia.

Phiomia live near rainforest areas where there is loose soil where it can break it up and gather its food.

Maps where there are Phiomia:

The following are spawn maps where the Phiomia can be found 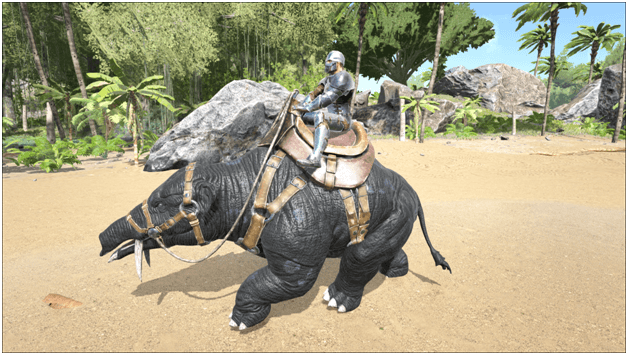 The Phiomia is a simple creature that is unusual to see in big tribes, due to it not being as strong or as fast as other mounts it should not be underestimated in its usefulness.

Able to produce an extreme amount of feces in little time which is a key ingredient in making fertilizer, the Phiomia shows that it is a true asset when it comes to maintaining the health of crops in any sized farm.

Most tribes would hunt this creature or keep some as livestock as they can provide a large amount of hide and meat when killed.