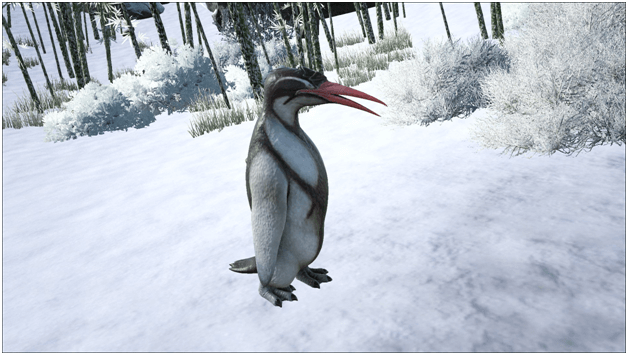 Kairuku Waitaki is a friendly piscivore that appeared in the late Paleogene epoch.

The Kairuku, a flightless bird that is the ancestor of the modern penguins, are about the size of an average human.

The Kairuku while on land are usually seen congregating in their colony and others look for their mates.

When approached Kairuku are not alarmed by human presence, and sometimes curious Kairuku are seen to wobble towards humans.

Kairuku when tamed are almost useless on land although having a team of Kairuku can make great guardians in the water, they can kill even large water predators by swarming them. 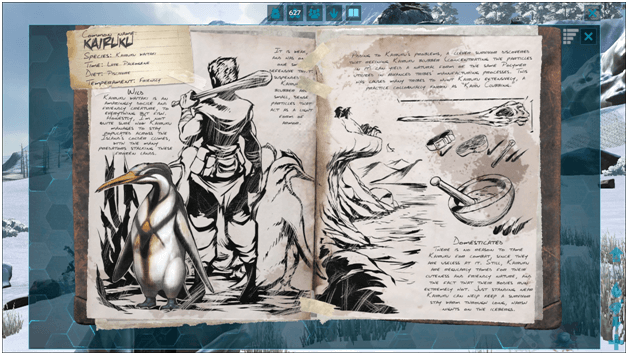 The Kairuku while on land are defenseless making them easy prey by predators or by humans hunting it for their blubber.

The Kairuku has adapted to the cold fairly well, that their blubber has become so dense that it can be processed to produce a type of polymer that can be used for advanced technology.

Tribes that live in the tundra adopted the friendly Kairuku not for battle but for protection from the cold as the Kairuku with its blubbery body can radiate body heat for a small home. 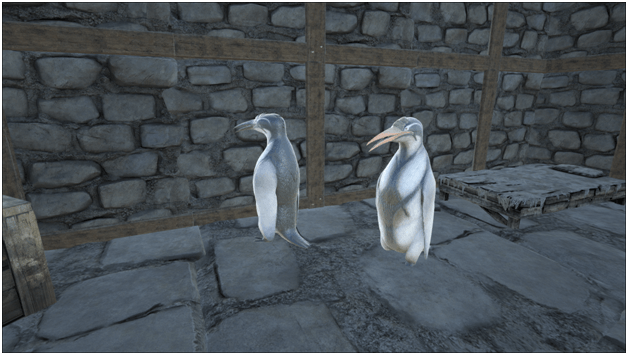 The Kairuku is able to provide a 35 Hypothermic (cold) Insulation which has a range of one foundation wide and one foundation high. (Having multiple Kairuku can stack this effect)

In the water, teams of Kairuku are agile swimmers that can protect either a survivor or their water mount from water predators by swarming them.

Kairuku are a good source of Organic Polymer and Prime Meat which makes it a good idea to breed them in order to have a good supply of both resources.

The Kairuku can give insulation from the cold, having them in bases can help protect against the cold or having them swim near you in frigid waters. 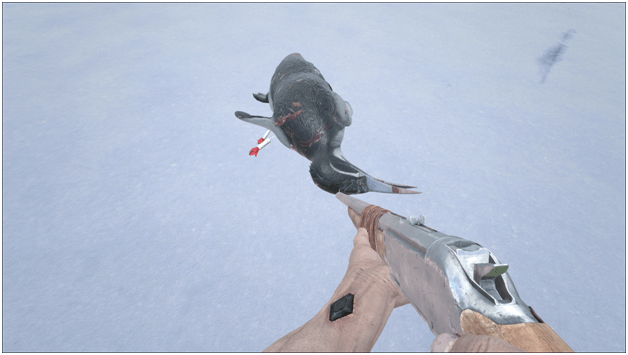 The Kairuku needs to be knocked out to be tamed so using bola’s to immobilize is an easy first step.

Once immobilized,  you can use any torpor weapon to knock it out but it is best to use a longneck with darts to deal as little damage as possible as they have a small health pool and could die easily.

Kairuku have no saddle but are small enough to be carried but not shoulder mounted. 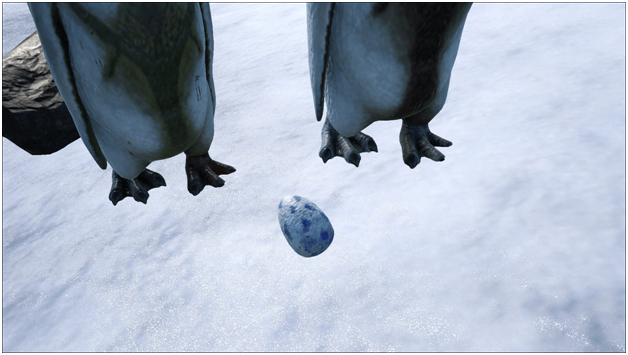 After mating the female Kairuku will lay a Fertilized Kairuku Egg that is gray in color with blue spots.

Kairuku are often found in colonies on snow caps or ice banks of the tundra areas.

Maps where there are Kairuku:

The following are spawn maps where the Kairuku can be found 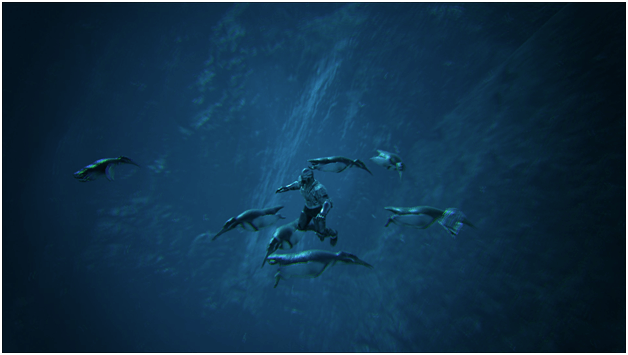 The Kairuku are cute creatures even though they are incapable of fighting on land, they do have their positives by being insulators for buildings, protecting occupants against the cold or protecting larger water mounts from water borne pests.

Usually hunted for processing materials like hide and organic polymer, the Kairuku are certainly a surprising creature with a unique combination of skills which makes taming them not a bad idea and they are good proxies for playing pass the Dodo.

Tribes can be seen breeding these creatures to keep as livestock to have an infinite supply of Organic Polymer and Prime Meat, making them essential for those who need such resources when they are unavailable by other means.