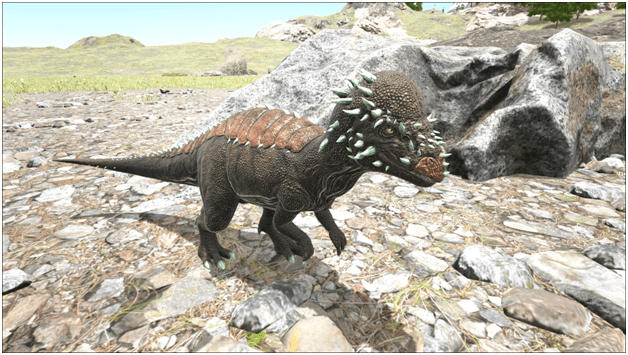 Pachycephalosaurus Leniproelia is a passive herbivore that appeared in the late Cretaceous period.

The Pachy is a small dino that has a tough skull cap that it uses to defend itself by headbutting its enemies.

In the wild, it is usually found wandering about in solitude and also found asserting its dominance by headbutting creatures that the Pachy thinks are challenging it.

Being a rather peaceful creature the Pachy is curious to human presence, once the Pachy feels threatened it will start charging and will try headbutting them.

When tamed they are quite agile even though the Pachy is unable to carry heavy loads it has proven itself that it can be a powerful mount in battle. 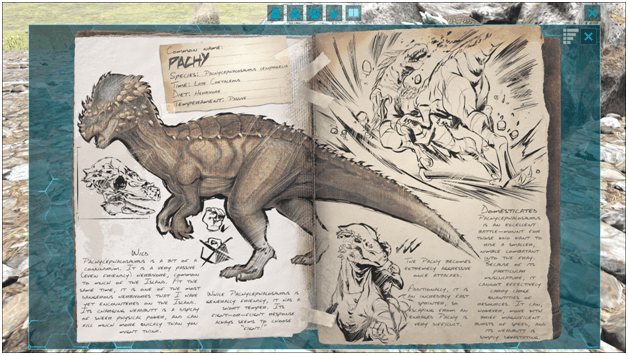 The Pachy is a short tempered herbivor and when it feels it is being challenged it asserts its dominance by head butting those creatures.

While the Pachy may be a passive creature, its calmness should not be mistaken as it is more than capable of killing creatures and even humans with its powerful headbutt.

Often chosen by riders who like to fight nimbly and quickly, the Pachy proves itself in battle by slamming its thick skull cap knocking tough creatures out and straight up killing weaker ones.

The Pachy prefers to fight off enemies that are even larger than it as it chooses to fight to the death instead of fleeing from its attackers.

Considered as an excellent battle mount, the Pachy is capable of knocking wild creatures out and even disabling enemies in the midst of battle. 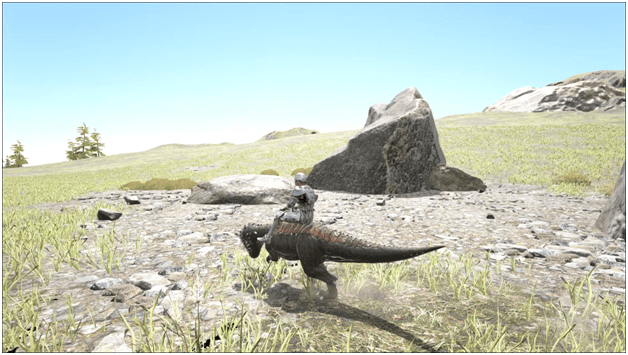 The Pachy begins to charge towards the direction where it is facing, sprinting forward with its head lowered. 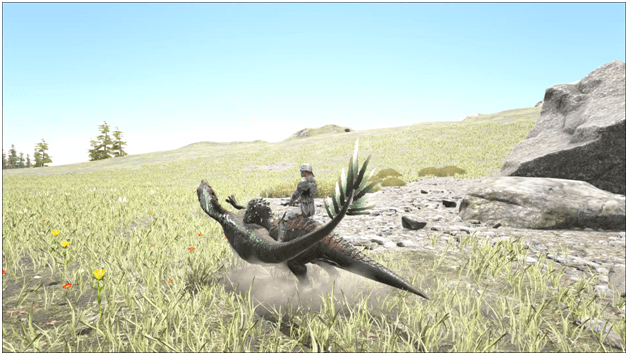 Enemies that are in its path will be hit, knocked back or even knocked unconscious due to the amount of torpor dealt.

Using the ability again will cause the Pachy to stop charging forward.

Being a nimble mount these creatures can move swiftly and attack with its headbutt or a rider can use their weapons while mounted on the Pachy.

When used as a taming mount it can ram its thick skull cap against its target and knock them out by bashing them with it.

The Pachy is an invaluable member of any tribe as it can use its strength and speed to attack those which threaten its members and tames.

Using its attacks, the Pachy is capable of knocking enemies and their tames unconscious due to the torpor that is dealt, especially when using its charged headbutt. 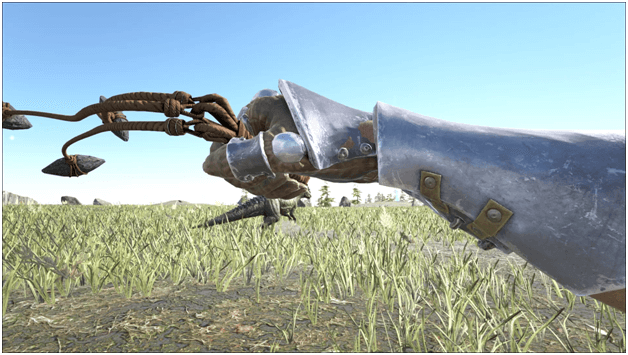 Taking advantage of the Pachy’s kind nature, you can have the advantage by throwing a bola to immobilize the Pachy to make it easier to knock out.

Once immobilized, you and your tribe may freely shoot at it to knock it unconscious but be sure to avoid the head as it takes reduced damage and torpor. 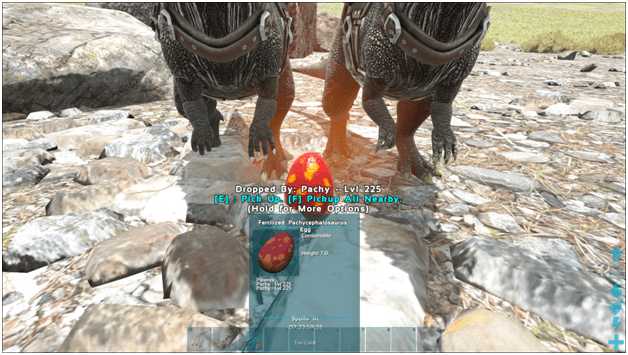 After mating, the female Pachy will lay a Fertilized Pachy Egg which is identified by its red color and yellow spots.

Maps where there are Pachy:

The following are spawn maps where the Pachy can be found 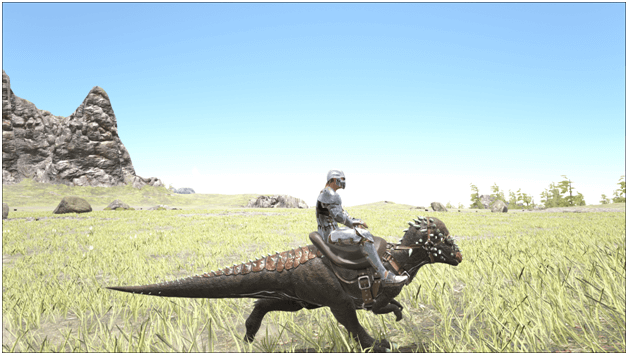 The Pachy is a common dino to be seen with some tribes due to its unique attacks which are used to knock wild creatures and enemies unconscious.

Useful to have early on, the Pachy is able to fend off most creatures and also used to tame larger or more dangerous dino’s later on for the tribe.

In a little bit of fun it is also a perfect dino when jousting, and if you are a sore loser you can always charge the winner and knock them out.