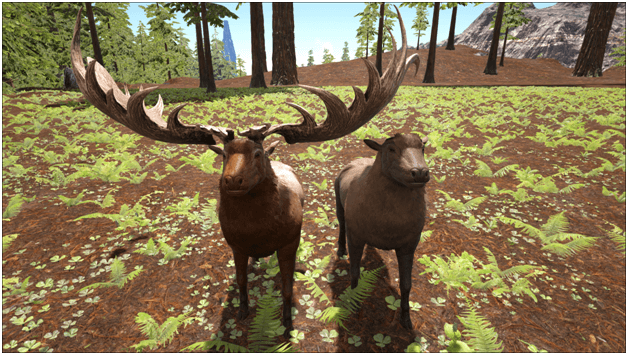 Megaloceros Latuscronam can be called a skittish herbivore that existed in the late Pliocene Epoch.

Simple looking mammals that are the early ancestors of modern day moose or deer males have very pronounced antlers that are unique to their modern counterparts.

In the wild, Megaloceros are usually found in pairs or in herds usually docile but due to sometimes lacking the ability to defend themselves they are prone to fleeing from danger.

When approached by humans these creatures are somewhat skittish and will not interact with a human in its vicinity but will quickly run away at the first sign of trouble.

Megaloceros are preferred by tribes at times when it comes to scouting around or harvesting thatch from trees which are done efficiently with their antlers. 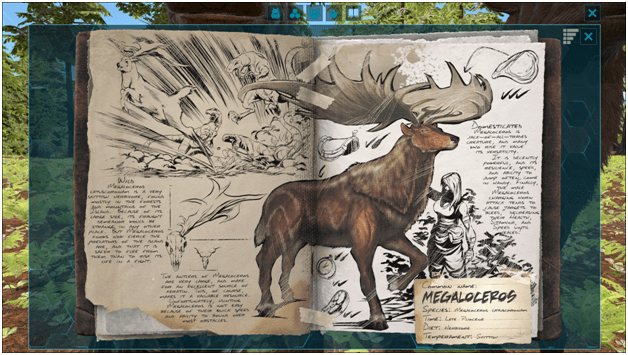 Due to its large antlers, males accompanied with their mate are often found in open areas like the redwood forest or the tundra where it can graze and live its life but have freedom to move away from any dangers that come its way.

Megaloceros’ large and unique antlers make a great source of keratin making these creatures not only a prized kill for predators but also humans.

Being a versatile mount, the Megaloceros are one of the preferred cave mount being able to take damage itself instead of the rider helping the rider keep a bead on those attacking them.

The Megaloceros can farm a lot of thatch and a little amount of wood even when running at full speed useful when avoiding getting pinned down in hostile areas.

Being able to go into caves Megaloceros are good mounts to have in those areas due to the dangerous creatures in them, able to take damage for you when searching for artifacts is certainly a great advantage by keeping your armor intact to weather the harsh environments in them.

Megaloceros can cover land fast as their movement speed is faster than other creatures and along with the ability to jump, they can get across large gaps or cross over to certain areas.

How to Tame Megaloceros? 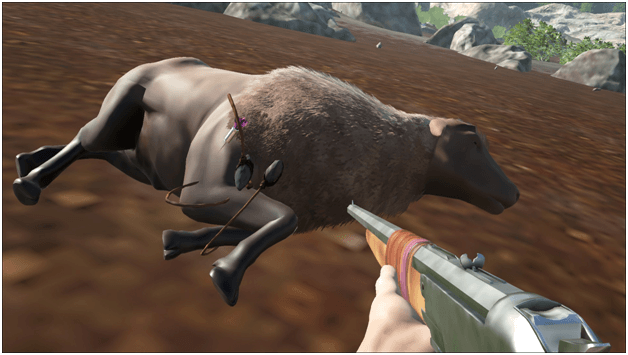 Megaloceros will not fight back but they will flee when they are attacked, making the usage of a Bola essential in taming them.

Simply immobilize the Megaloceros with a Bola to prevent it from escaping and begin with the process of knocking it out. 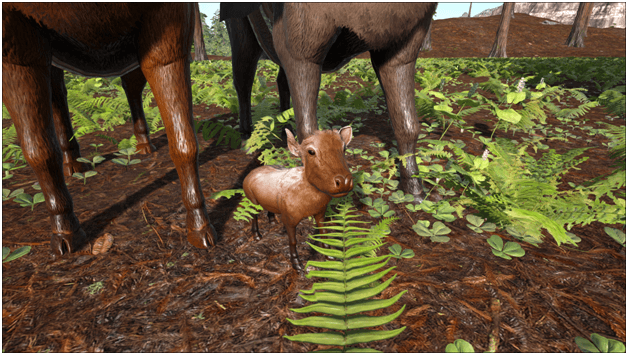 Megaloceros are capable of breeding which results in the female giving birth to a baby Megaloceros after gestation.

Megaloceros are usually found in the open areas of the redwood forests or the vast tundra.

Maps where the Megaloceros spawns:

The following are spawn maps where the Megaloceros can be found 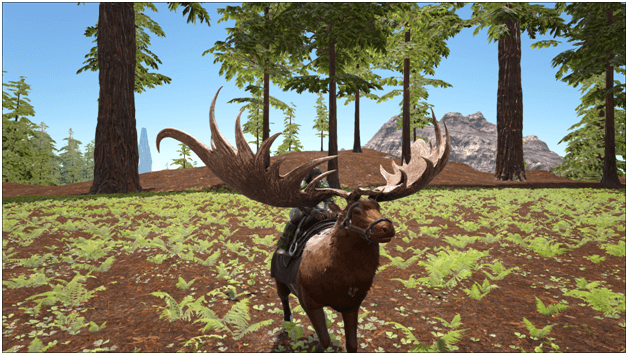 Not really a mount of war, the Megaloceros shines in its gender specific roles with the ability of the male to use its massive antlers to move at top speeds while slashing at enemies is valuable in certain scenarios.

The swift strides and long gallop make the female a contender for scouting mounts able to make quick turns making it easy for the rider to maneuver in and out of thick canopy or the rocky sides of mountains when scouting for threats from tribes or wandering alphas.

Getting a pair of Megaloceros is an advantage for any tribe to have them weather for exploring caves or going exploring on the island making them the Jack & Jill of all trades.