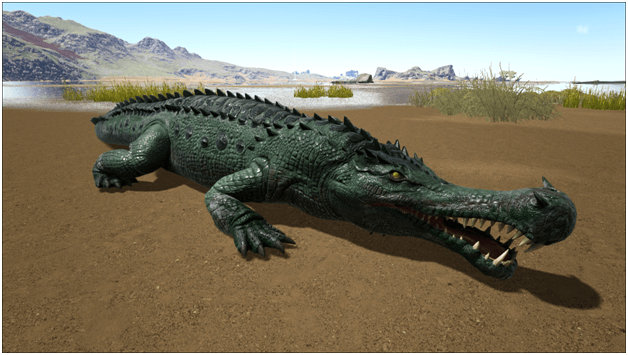 Sarcosuchus Excubitor is a carnivore that first appeared in the early Cretaceous period that has a patient temperament.

The Sarco’s appearance would remind you of modern crocodiles but with their big heads that are rounded off on the end that have rows and rows of sharp meat ripping teeth.

Opportunistic and patient creatures, Sarcos only hunt creatures at striking distance of its large head, making escape almost impossible for the victim and meaning less effort for the Sarco rather than chasing its prey around

Sarcos move fast in the water making them dangerous to approach in their element but on land they move significantly slower so it would be best taming them on land.

When approached by a human or when it wanders near one, the Sarco will begin to make it way towards them to go in for the kill.

Some tribes that have successfully tamed a Sarco, make use of them to travel through water and take down enemies that come in their way. 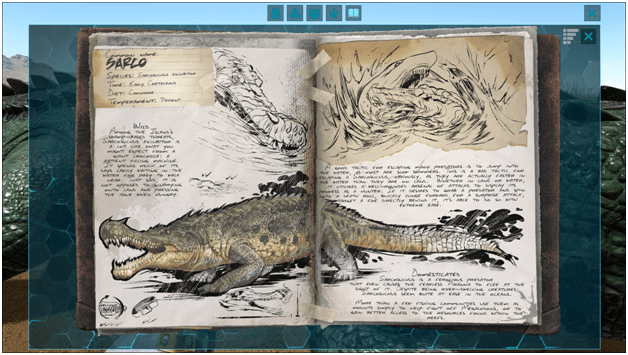 Not often seen on land, this massive amphibious reptile hides its body in the water, only exposing its head while waiting for prey.

Common knowledge for most creatures is to jump into the water when being chased by predators but for the Sarco, this will be sealing their fate as the Sarco can easily chase after them in the water.

Sarcos are freshwater predators that can go in land and open sea, often tamed by some tribes that use them to protect fishing spots and reef divers from other water predators. 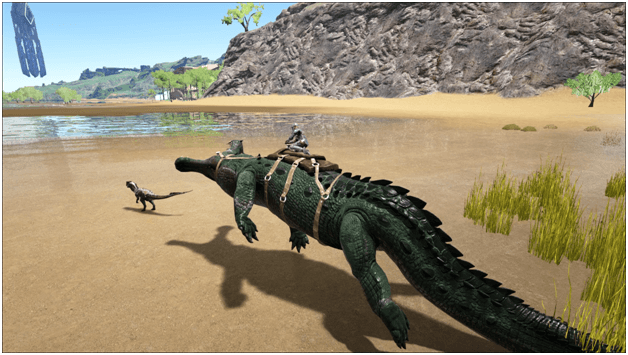 The Sarco lunges towards an enemy that is out of their reach to bite down and close distance to make killing easier. 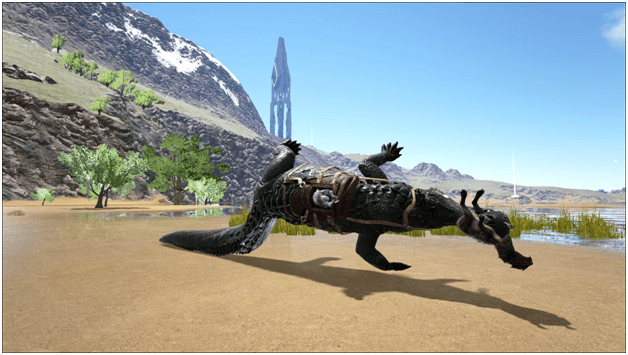 The Sarco bites and enemy at attempts to twist it in while on the land or in the water in an effort to rip it apart.

Sarcos are fast in the water and very tenacious, making them excellent mounts when exploring the depths of the ocean or inland water.

With its exceptional speed and damage, the Sarco is capable of protecting its owners well in the water and even on land.

Although the Sarco is not the strongest of creatures, it is capable of withstanding moderate damage from enemies and wild creatures.

Riders can fire weapons while riding a Sarco, allowing them to tame creatures underwater of combat enemies where they can use such weapons.

The Sarco is a fast and durable mount that allows its rider to fire from its back while it can tank damage when taming underwater creatures.

How to Tame Sarco? 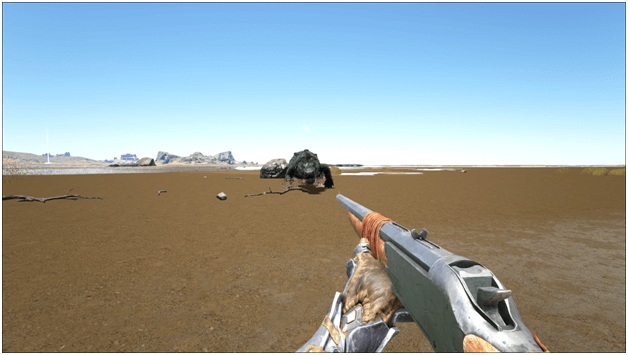 Sarcos can easily be tamed by shooting at it and running away or preferably luring it away from the water to prevent it from escaping when it is about to get knocked out.

You can continue firing at an Sarco without the worry of getting attacked as wild Sarcos move relatively slowly while on land but can easily sneak up to you quickly if you are in the water. 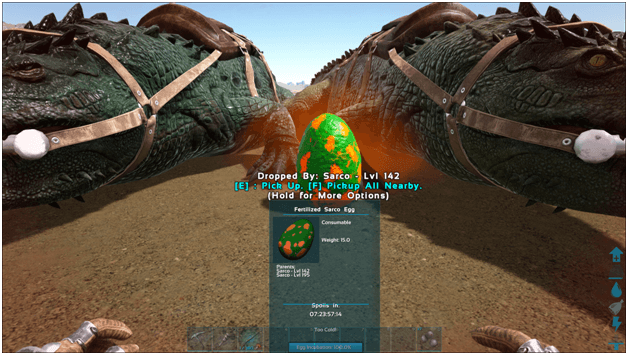 A female Sarco will lay a Fertilized Sarco Egg that is green in color with orange spots after it has finished mating. 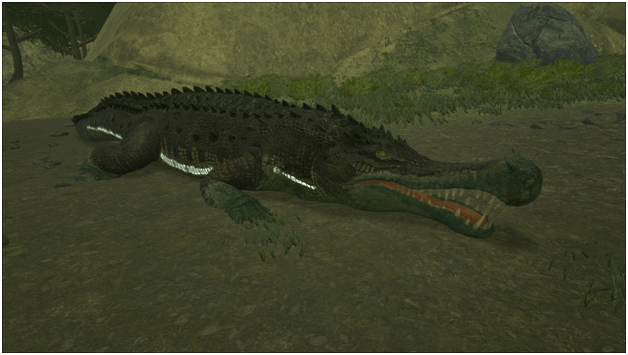 The Aberrant Sarco can be found in the Aberration and Valguero maps.

Sarco can usually be found wandering in the swamplands swimming or hunting on land close to shallow bodies of water.

Maps where the Sarco spawns:

The following are spawn maps where the Sarco can be found 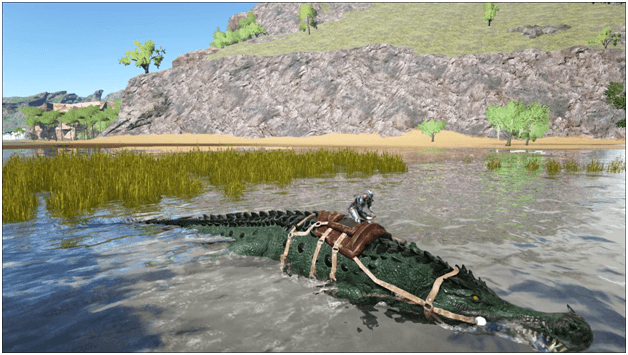 A Dangerous creature in the water, Sarcos in their dossier are said to be patient leaving out that it is also a gluttonous predator that is insatiable.

Once domesticated, Sarcos are useful tames that are able to take tribesmen to other watery locations without fear,  being able to use its rending bites to kill off creatures that would even try to threaten them.

Sarcos are at home in the water with its fast swim speed and powerful bite comparable to other water creatures that can be tamed in the wild but being able to be tamed on dry land.