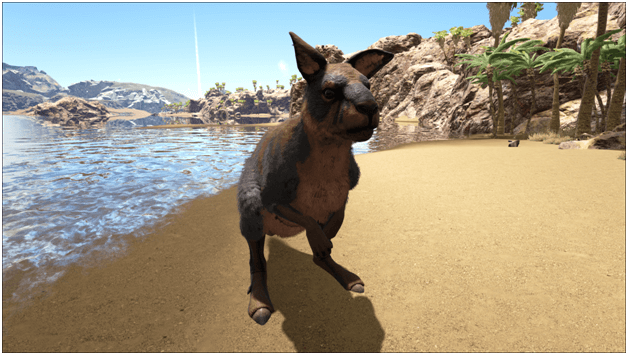 Procoptodon Vivencurrsus is an intelligent herbivore that has a reactive nature which was first sighted in the Pleistocene Epoch.

A very large marsupial, the Procoptodon looks like a 3 meter tall kangaroo with its large feet not used for running or sprinting but used for jumping and leaping great distances.

The Procoptodon tends to wander around alone, able to quickly run away from any creatures that would try to kill it.

Being approached by a survivor, Procoptodon will just mind its business but if threatened by humans it will run away leaving its aggressors in the dust.

Procoptodon are usually tamed to assist in breeding and caring for baby creatures, able to carry small babies and creatures in its pouch and when not breeding they are good for transporting resources. 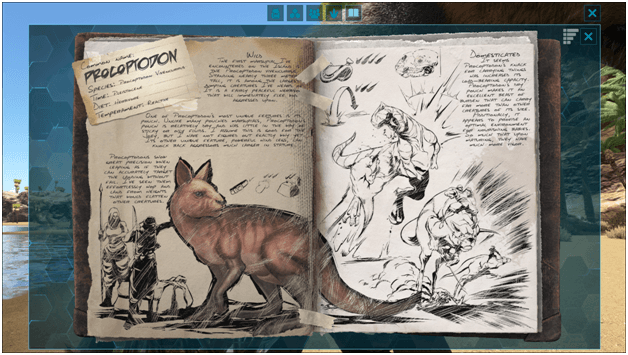 Procoptodon has a unique pouch used for carrying small creatures, including babies keeping them safe and allowing them to be transported easily.

These creatures use their strong legs to kick away larger creatures easily and show great intelligence, especially when they attempt to get away from attackers by jumping and leaping to positions more accurately than other creatures.

WIth its strong hind legs most tribes have utilized its strength to carry heavy loads in its pouch when not caring for other creatures but when carrying baby creatures, the Procoptodon is able to reduce the need of baby creatures to feed. 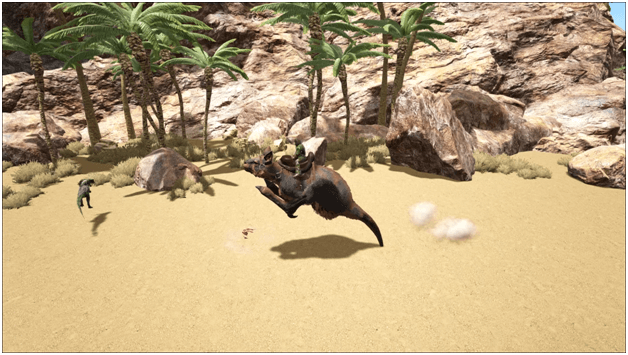 Due to the natural movement of the Procoptodon they developed a strong kick so strong in fact that it can send smaller creatures or humans flying and even knocking back larger creatures to easily escape violent confrontations. 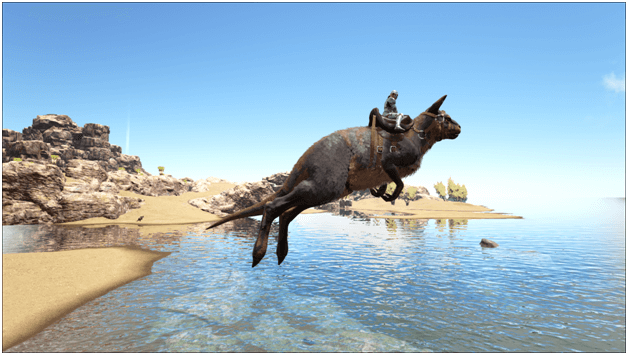 Procoptodon are able jump to great heights that can easily bound over gaps and even base defenses.

When attempting to do a high jump, a crosshair will show that will indicate the target location the Procoptodon will preferable land. (Note: you cannot change direction while airborne) 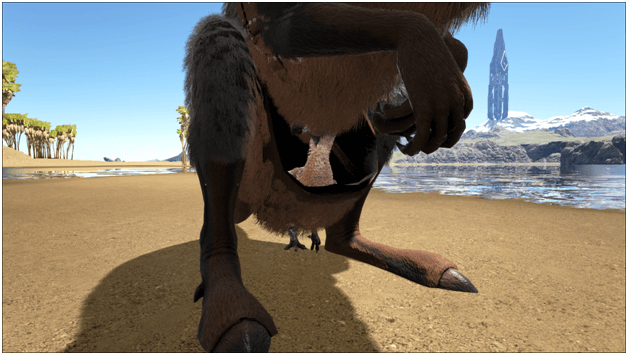 Procoptodons are able to carry small unrideable dinos like Dodos or even Humans but the pouches main purpose is to carry baby creatures to assist in moving them while providing its pouch passengers a slowed hunger rate.

The special ability of a mate boosted female Procoptodon is that it can give a 2x imprint boost only when imprinting on a baby creature that is still in the female’s pouch.

for Picking up Baby Dinos, Small Dinos or Humans to ride in the pouch

The Procoptodon is capable of reaching areas that other creatures are unable to reach due to its jump and along with its fast movement speed it can be used to get around quickly.

Being quick on their feet Procoptodons can quickly escape pursuers easily being able to jump and bound while moving they can transport a fair amount of resources harvested from hard to reach locations.

It’s special pouch can be used to carry 2 humans at a time even having each rider a shoulder dino to carry both driver and passenger can use weapons on the Procoptodon.

While not being able to deal a large amount of damage, the Procoptodon can easily kick enemies out of the way and knock them off of cliffs or move them out of the way when attacked. 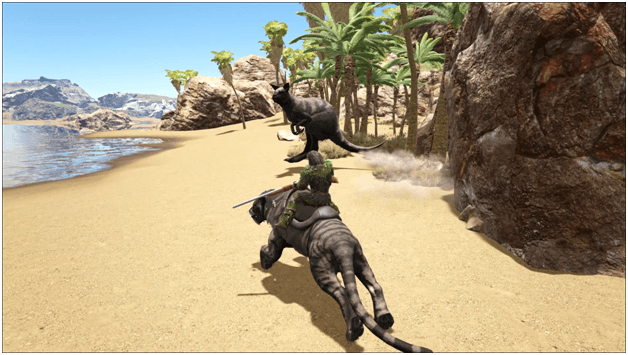 A Procoptodon can easily be tamed by shooting at it but be sure to use a quick mount while doing this to chase the Procoptodon down because even though untamed and it wont use its high jump, these creatures are fast enough to outrun a human on foot. 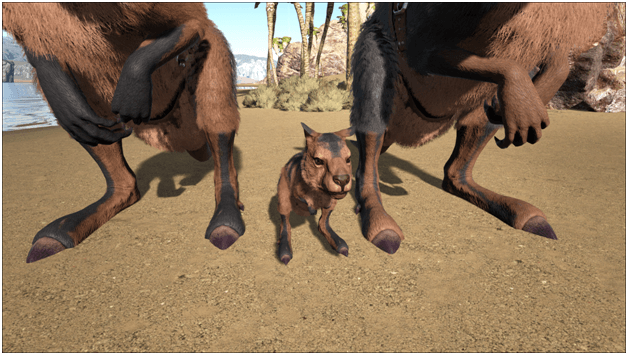 A Procoptodon can reproduce by giving birth to a baby Procoptodon after a male and female would mate.

Procoptodon can usually be found wandering in different locations on different maps, mainly in forests and jungles and even desert islands

Maps where the Procoptodon spawns:

The following are spawn maps where the Procoptodon can be found 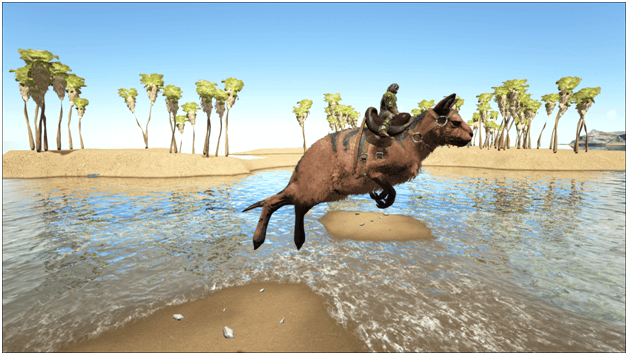 Procoptodon are good land mounts to have able to carry up to 4 small passengers while moving at a quick pace vaulting and jumping across large terrain.

The Procoptodon also in times of peace serves as a baby nurse for all babies giving them a boost when imprinting while in their care or to move them to a better location after birth or after hatching.

In the event of an attack, these creatures are capable of helping the tribe by knocking back aggressors and even sending small creatures flying with a powerful kick.