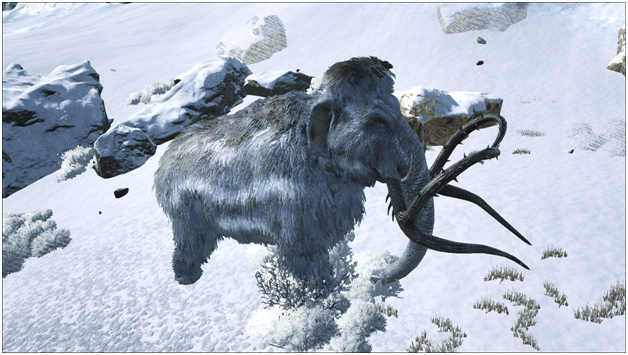 The Mammuthus Steincaput is a docile herbivore that appeared in the early Pliocene Epoch.

A very large woolly creature, the Mammoth looks a lot like modern day elephants but are covered with fur.

In the wild, Mammoths are usually seen in herds looking for a place to graze in the unforgiving tundra.

Being a large creature, the Mammoth is not alarmed by human presence but can be very dangerous when threatened.

Tribes tame these large Mammoths because of their great strength and toughness as they are able to take down almost anything that blocks its path and make a good choice for harvesting from trees. 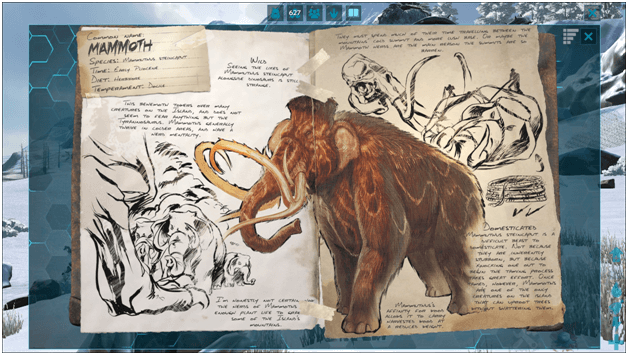 A behemoth of a creature, the Mammoths only considers a few creatures as a threat which is primarily those only in its weight class like the Tyrannosaurus Rex.

Often seen stripping grazing areas of the tundras barren, Mammoths would even be seen traveling up mountain sides or down the base of mountains to find grazing grounds.

Tribes often endure the great task of taming a Mammoth so they can use its great strength to harvest trees in the tundra, being able to uproot trees whole by using their sturdy trunks and tusks.

The Mammoth has a certain affinity with wood which causes the wood in its inventory to have a 75% reduction in weight.

Mammoths are powerful creatures, able to go against almost any land creature that threaten it and use its massive size to overpower them.

Able to use great strength to harvest entire groves of trees quickly and also accompanied with the reduced weight of wood in its inventory makes the Mammoth a great harvester of wood and thatch.

Mammoths are able to quickly carry massive amounts of wood and other materials across a large distance easily due to their large weight capacity.

With the large amount of health that the Mammoth has, they can be used for tanking enemies and rush to the front line to push back attackers.

How to Tame Mammoth? 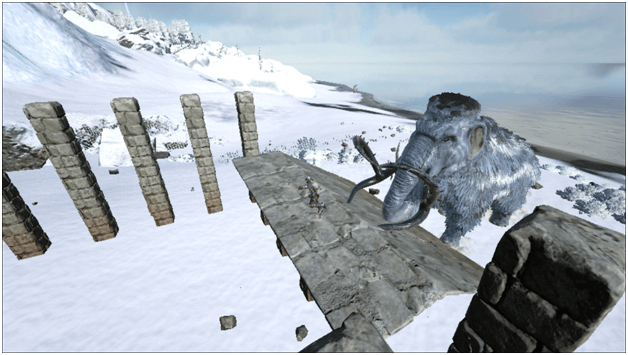 Mammoths are dangerous creatures to tame and it would be best to lure it in a pillar trap (a 5×5 structure made of pillars 4 pillars high and 2 pillar high ramp) so it cannot attack you or escape. 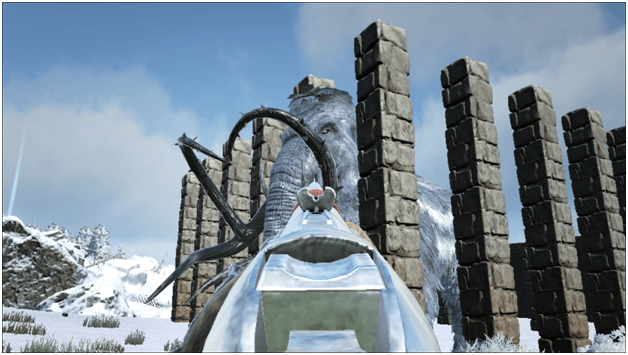 Once the Mammoth has been lured into the trap,  you and your tribe can start attacking it with torpor weapons to knock it out.

Another way of trapping the mammoth would be to use gateways which it cannot fit through and lurit into the trap, blocking it after by placing another gateway. 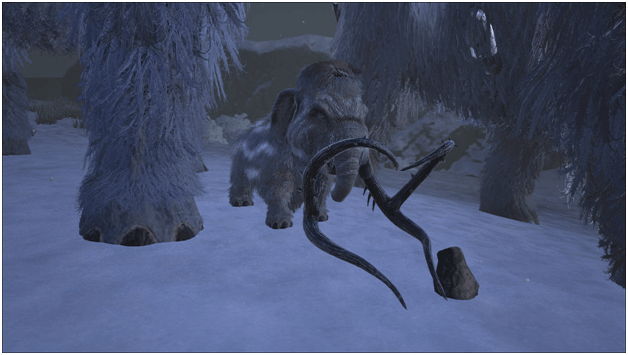 After Mammoths mate, the female will gestate for a period of time and later on give birth to a baby Mammoth.

Mammoth can be found in the open fields of the tundra or base of snow mountains grazing.

Maps where there are Mammoth:

The following are spawn maps where the Mammoth can be found 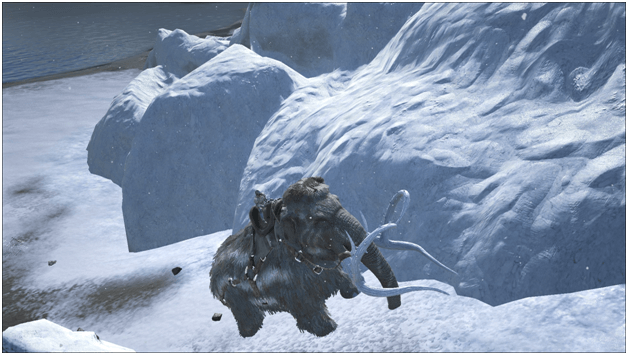 Mammoths are magnificent creatures as they have multiple roles as a land mount, being able to withstand a multitude of damage, harvest large amounts of resources and carry a substantial amount of weight..

Mammoths can be considered an essential mount in the tundra, capable of fending off the more dangerous creatures in the area with little effort all the while keeping its tribe stocked with wood and other resources.

Tribes would usually hunt these creatures for the resources that can be obtained from its corpse but some utilize them for their capability to farm wood as they gather a larger amount than most creatures.