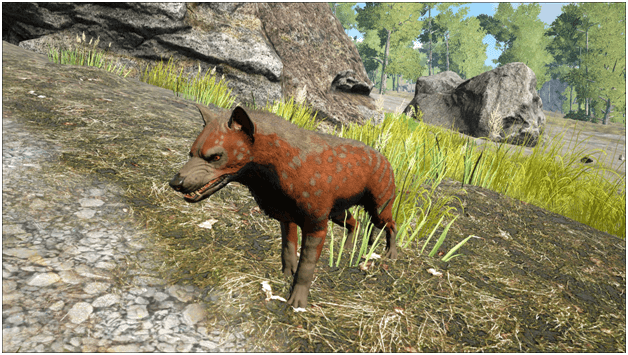 The Hyaenodon resembles an average sized dog that has tiger stripes much like modern day hyenas.

In the wild, Hyaenodon are usually seen in packs of 3 or 5 when hunting or scavenging wounded creatures.

Hyaenodon will attack humans and other creatures when in groups but will run away when they are few in numbers.

Usually kept as pets, Hyaenodon are used as guard dogs by some tribes protecting the settlement from threats or as meat storage while hunting. 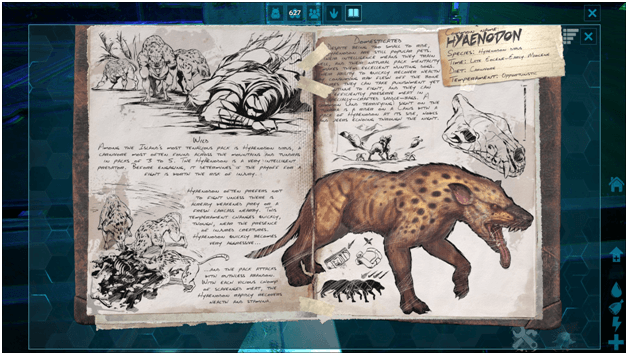 Hyaenodons are considered one of the more intelligent creatures of the land, only taking down prey that it considers to be a lesser risk.

Being as they are Vicious hunters, Hyaenodon hunt and kill creatures that it knows it can kill easily, relentlessly attacking while digesting meat for energy as it bites it off the flesh of its victim.

When tribes tame the small and agile Hyaenodons, they keep them in packs and use them in hunts for scavenging meat or to assist in taking out most threats while traveling. 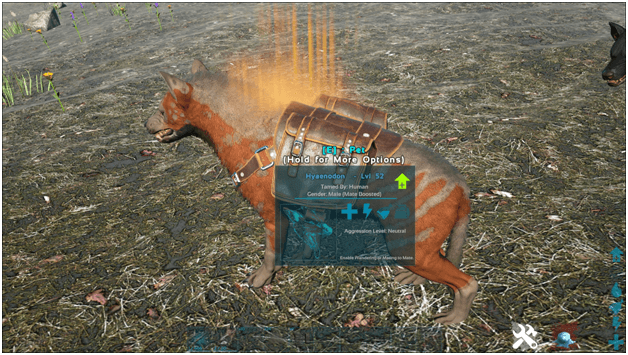 Petting a Hyaenadon will give it a boost in damage and damage resistance by 50% for a certain duration. 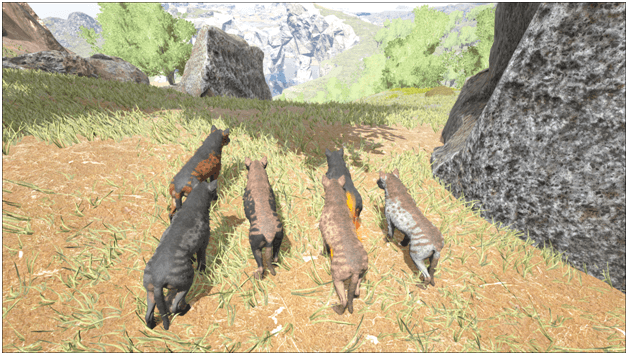 Hyaenadon have strength in numbers and gain a boost when there are other nearby which gives them 5% bonus damage for every other nearby Hyaenodon.

The pack bonus stacks up to 6 Hyaenodons.

A pack of Hyaenodon are really dangerous to those on the receiving end of their ferocity able to take down creatures even 10x bigger than them.

A pack of Hyaenodons can easily take out enemies or groups of enemies that are interfering with what a tribe is doing, making them excellent for guarding when away from base.

Hyaenodons are great for guarding bases as they can quickly move around and chase enemies that get nearby or even inside the base perimeters.

They may be small be with the bonus granted by petting them, they gain increased damage and resistance making them deal more damage which goes even higher when they are within a pack. 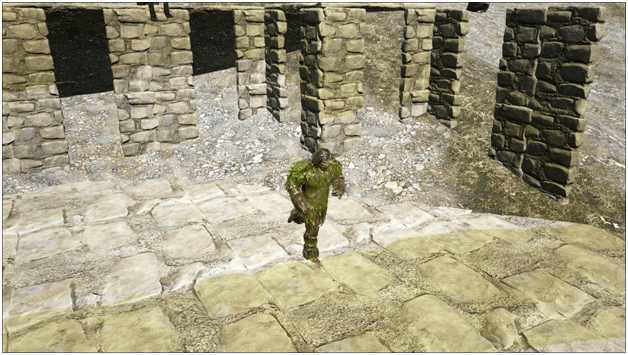 A Hyaenodon is tamed differently from other creatures following a passive mechanics which involves sneaking up to it and petting it.

It would be advisable to build a taming pen (4×4 structure foundations,door frames as walls and a 1 floor high ramp) first before taming a wild Hyaenodon. 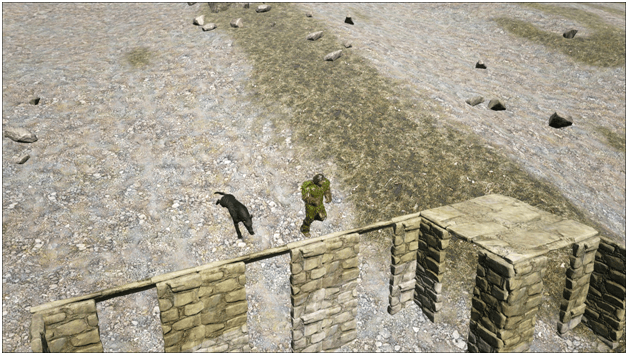 You can either lure a Hyaenodon up a ramp which will only be possible if others are nearby as they only attack in groups.

Once the Hyaenodon is in the trap you can get rid of any others inside the trap or ignore the ones that are left outside. 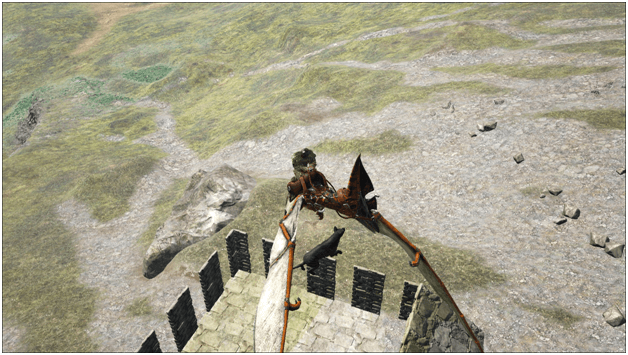 Another way to capture Hyaenodon in your trap will be to pick them up with a flyer such as a Pteranodon or Argentavis and drop them in the trap. 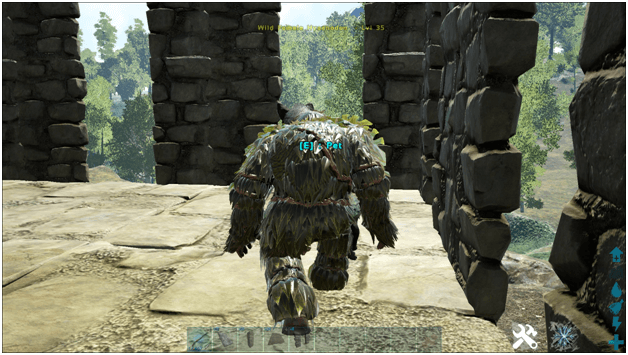 Once the Hyaenodon is trapped,  you will need to sneak up to it to pet it which will increase the taming bar.

You will need to repeat the process until the taming bar is full but beware of coming too close or accidently damaging the creature as this can delay the process.

It would be advised to tame them one by one but it’s your preference how to do it. 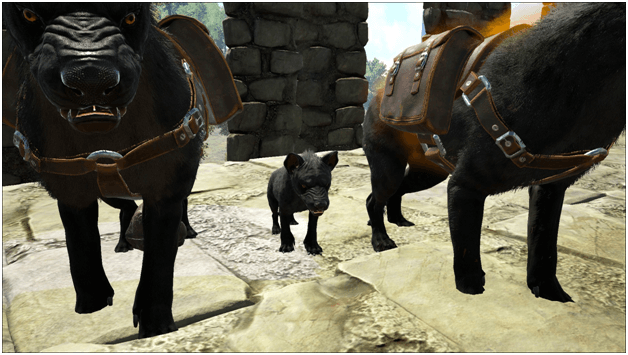 After mating, the female Hyaenodon will go through gestation until it gives birth to a baby Hyaenodon.

Hyaenodon are usually found near the base of mountains scavenging for creatures that have died or finishing off dying creatures.

Maps where there are Hyaenodon:

The following are spawn maps where the Hyaenodon can be found 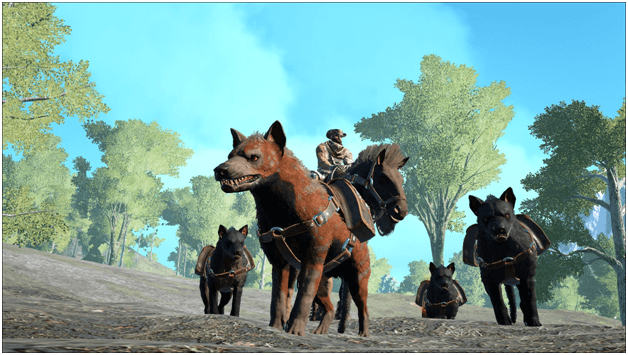 A prized companion in most tribes that utilize its small size as an advantage in cave exploration, hunting and as guard dogs while harvesting resources or during battles.

Hyaenodon should never be underestimated for their size because what they lack in size, they make up for ferocity and those who challenge a group of Hyaenodons will surely regret their decision.

Not only will these troublemakers rip your enemies to shreds but they will also do it while seemingly laughing as well which is good to get some giggles every now and then.