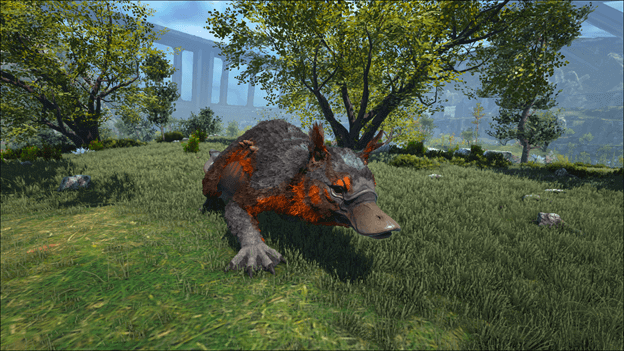 One of the newer and more docile creatures in Ark, the Maewing has made its first appearance in Genesis Part 2.

This creature appears to have traits of both a Platypus judging by its tail and beak while also being part Sugar Glider based on its body type.

These creatures are omnivores and can be seen in more beginner-friendly spawn zones such as in the Sandfoot Plains and the Summeworth Lake. 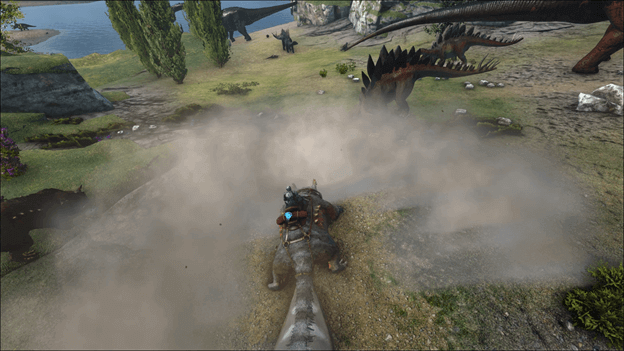 The Maewing Leaps towards a location and slams into the ground, damaging enemies around it for more than 200% of its normal damage.

Holding the jump action will cause the Maewing to prepare for a jump by crawling, bending its legs until the action is released.

This allows the Maewing to prepare itself to slide or for when jumping to reach high ground or to get over obstacles.

Utilizing its body structure, the Maewing can glide through the air and end by either sliding or landing on the ground.

The Maewing slides across the ground when not in midair or gliding, and will go a certain distance based on its momentum, allowing it to easily catch up or to escape enemies.

Maewings have the ability to act as Nursing tames, allowing them to act as a mobile trough to feed babies.

Not only is the Maewings exceptional when it comes to farming, but being a medium sized creature with sharp claws makes it capable of defending itself.

The Maewing is a good early game mount and can be used to get around easily by gliding or by sliding its way to destinations.

Being able to collect berries from bushes and meat along with other resources from bodies, the Maewing makes a good early-game farming creature. 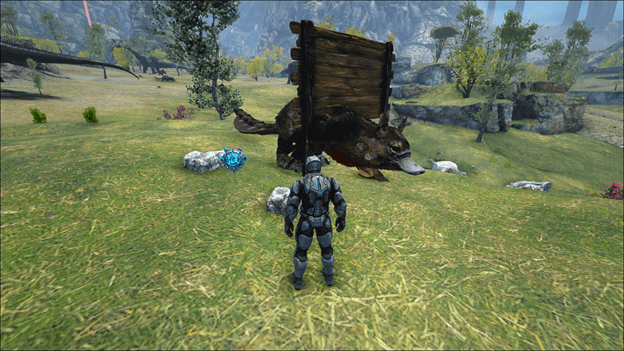 Maewings do not respond with hostility when attacked and will attempt to run away when they are attacked.

Their first attempt will be to jump up into the air and glide away until they escape their attacker, making it impossible to lure them into a trap.

Since they are large in size, your best bet is to use a Wooden Billboard to trap it into place and continue blocking it with other Billboards or by building a taming pen around it.

Once you have ensured that it will not be able to jump away, you can proceed with knocking it out with your choice of knockout weapons.

Previously it was possible to mate two Maewings even if they are genderless which may have been a bug or intentional.

As of now Maewings can no longer be bred and continue to have no specific gender, making it appear as if this has been disabled for now.

It is still possible for them to drop a Maewing Egg which is orange in color with purple spots scattered across it, implying breeding may be possible in the future via laying eggs.

You will be able to find a lot of Maewing in the upper right part of the Genesis Part 2 Map, mainly in the Sandfoot Plains and nearby areas. 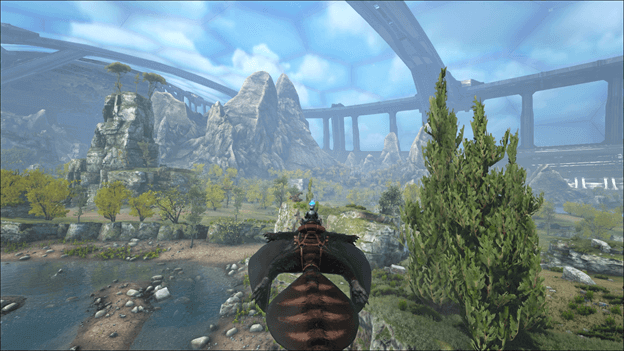 While the Maewing may appear as a gentle creature, it remains to be a good tame, especially for breeders as it can help with nursing.

Many players who start out in Genesis Part 2 can attempt to tame this creature early on by simply utilizing taming techniques.

The Maewing is a good early game mount and can help players easily scout around and maneuver through different locations.

2 thoughts on “Ark Maewing (How to Tame, Saddle, Location, Controls…)”