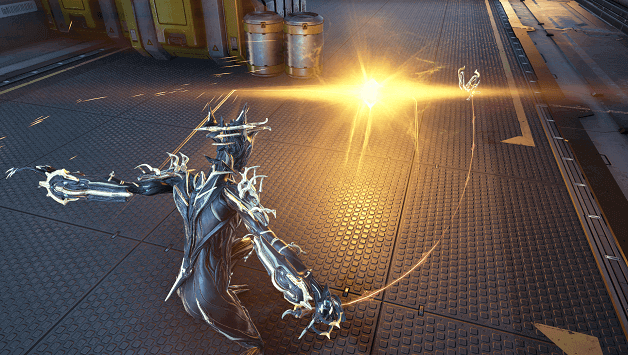 The Verdilac has a great deal of range on it being able to hit multiple enemies with every strike and it can even let loose Toxin waves with a Neutral Combo.

With a high amount of Critical Chance this weapon can be built to deal high amounts of damage and may even suit Status or Hybrid builds with its descent Status Chance. 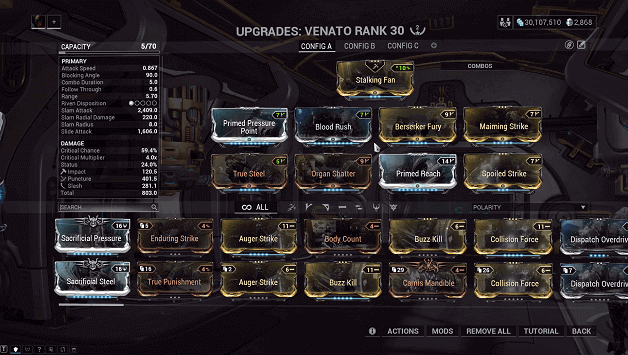 Following in the footsteps of one of the most legendary builds of the Atterax, the Verdilac is a top contender for dealing a lot of spin to win damage.

With a high amount of Critical Chance, a build with Blood Rush and the other critical strike mods makes it easy to deal critical hits with this weapon.

For those who are not a fan of using spin attacks, Maiming Strike may be swapped out with something more preferable. 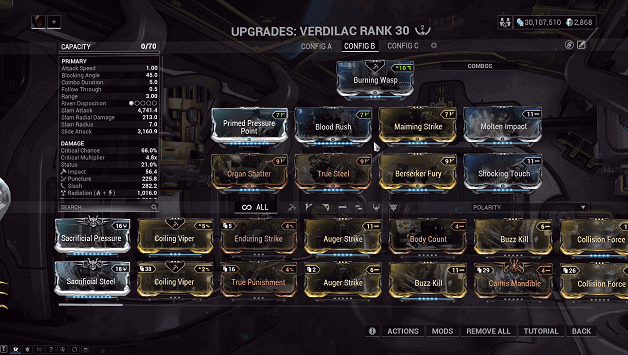 A convert from the Maiming Strike build, we add two Elemental Damage mods to deal bonus elemental damage and to target certain weaknesses of enemies.

This will also add more elements to the Verdilac’s ranged attack, making it quite fun since it also has a Status Chance which can proc Status Effects.

The Verdilac can still cause Status Effects since it has a decent Status Chance but it is not as high as the Status Build but just as deadly. 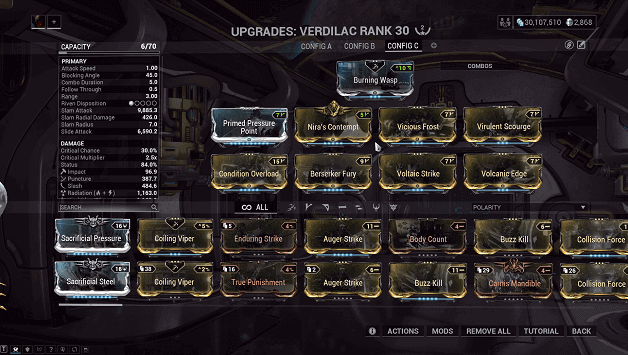 Deal excessive damage with this build which makes use of 4 Status Mods along with Condition Overload for more damage to those inflicted with Status Effects.

The Nira’s Contempt Mod has been added to make use of its bonus damage from Slam Attacks, causing 300% damage when the other Nira’s Set Mods have been equipped.

Status Chances is boosted to 84% which is more than enough to cause Status Effects with the fast attacks of this build.