The Atterax, a melee weapon, is whip that with rotating blades at the end that strikes fast and causes immense pain to enemies that go against its wielder. 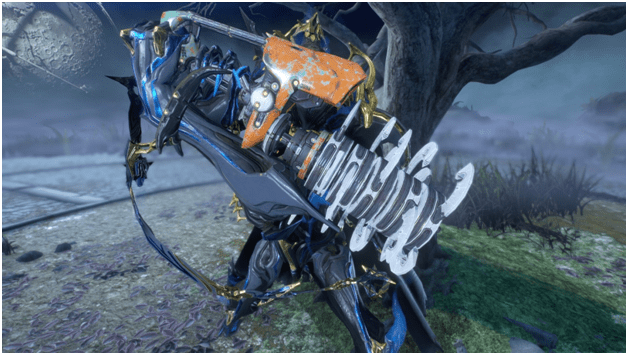 The Atterax is a whip type weapon featuring a mechanical end of the whip which has blades rotating around it when in use. 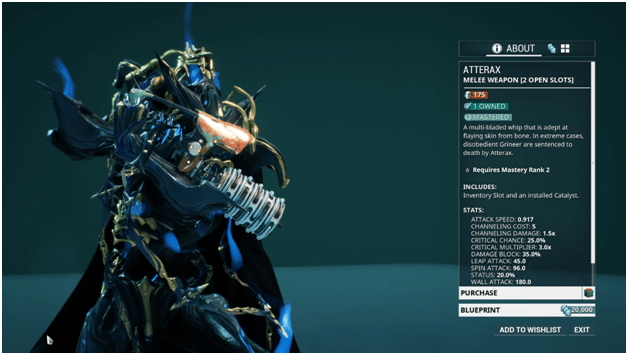 The Atterax has the following stats:

The Atterax requires a Mastery Rank of 2 before it may be used by players. It can be built using its blueprint.

In order to acquire the Atterax, it must be crafted after obtaining its blueprint. 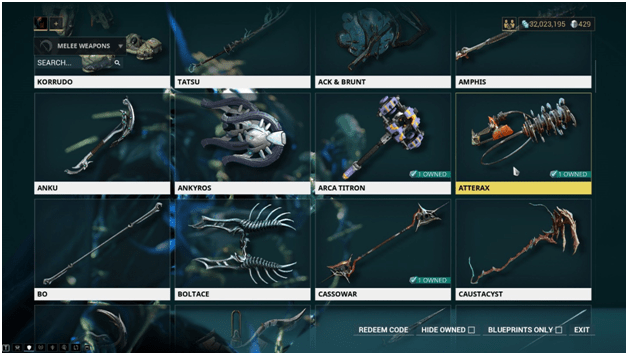 The Atterax is one considered a very popular choice due to its high critical chance and multiplier along with it wide range due to being a whip type weapon.

It is also useful for striking and causing multiple enemies to bleed of time as an addition to any other status effects it may have.

Making use of its high critical chance and multiplier can cause this weapon to deal heaps of damage to enemies, especially when the combo multiplier kicks in. 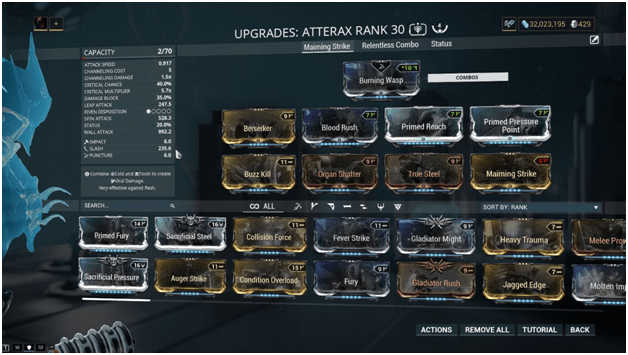 Adding to our overall damage we place Primed Pressure Point/Pressure point and Buzz Kill in our build.

Boosting our critical prowess, we add Organ Shatter along with True Steel which will result in greater amounts of damage.

To make our build more versatile we add Berserker which has a chance of increasing attack speed on critical hits along with Primed Reach for a larger attack range.

Blood Rush is an important part of this build as it increases the critical chance along with the melee combo multiplier.

Maiming Strike will be our main mod in the build as it has a large critical chance when doing slide attacks which will most likely kill enemies instantly.

This build focuses on building up the combo multiplier and increasing the overall critical chance with it in order to use Maiming Strike for maximum damage.

You can choose to either repeatedly do sliding attacks or start off with a few normal attacks and do a slighting attack every now and then as a finisher. 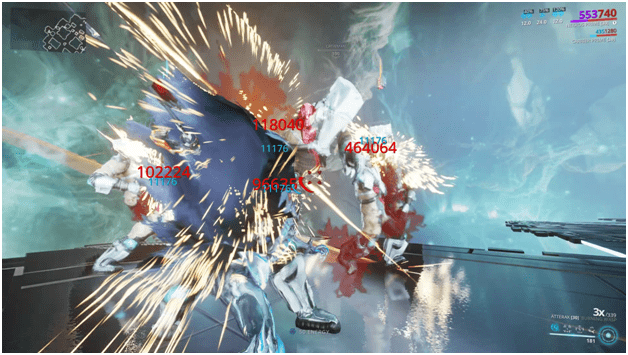 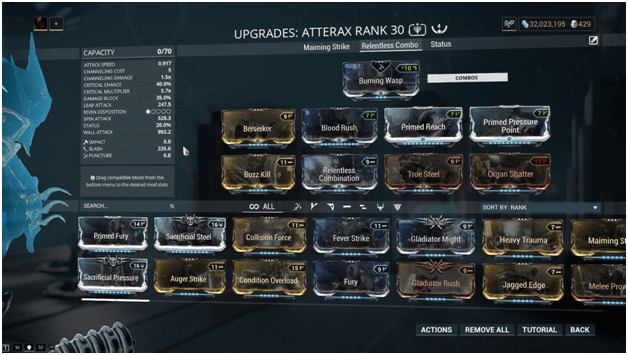 This build is similar to the previous build and a preferred alternative to those that do not have Maiming Strike.

We retain all the previous mods except for Maiming Strike and in its place we use Relentless Combination which increases the combo meter for each enemy suffering from bleed status effects.

This build although not as powerful as the Maiming Strike Build is still efficient in dealing critical damage and with a larger combo meter is still capable of dealing a good amount of critical damage. 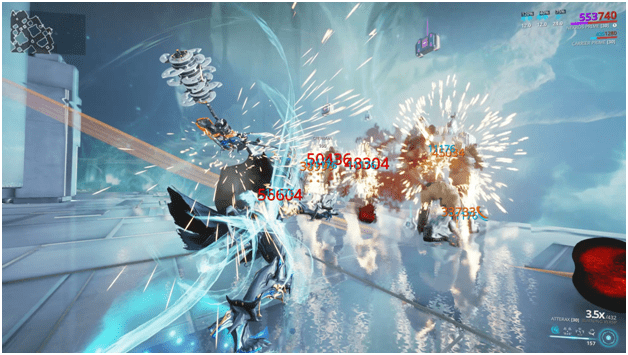 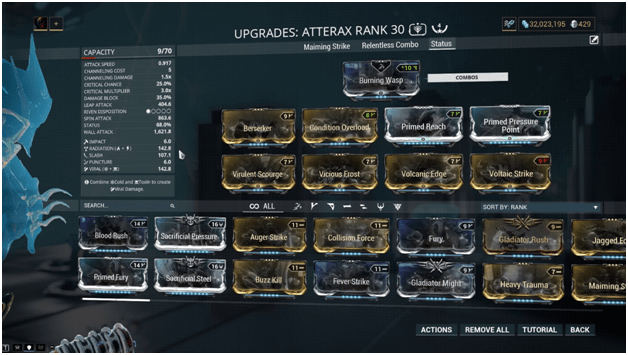 For those that prefer a more elemental build, the Status Build retains Berserker, Primed Reach/Reach and Primed Pressure Point/Pressure Point for their main purposes.

We exchange Blood Rush with Condition Overload which causes enemies to take 60% more damage for each status effect the enemy is inflicted with.

The 4 elemental damage and status mods are added to bolster the damage with elemental properties as well as increase the status chance.

With this build we focus on dealing elemental damage with the addition of physical and elemental status effects being applied.

Enemies will take 60% extra damage for every status effect that they are inflicted with because of the Condition Overload mod. 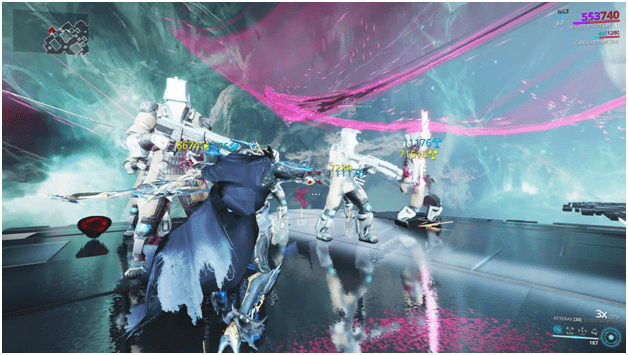 One of the most popular weapons ever used due to its critical properties, the Atterax fooled many with its low base damage and arose to domination when its true power was shown.

When built with the proper mods dealing damages in numbers others could not even dream of and slicing enemies like a wire passing through water.

The Atterax is a whip weapon with not only a large range but a decent attack speed as well and with its great base critical and status chance.

There are multiple builds possible but never forget that it has one of the highest critical multipliers as well, thus capable of reaching even greater damage outputs if modded well.

When modded out correctly, especially with the right Warframe and technique,this whip is definitely a good choice for those who wish to end the lives of their enemies with swift devastation. 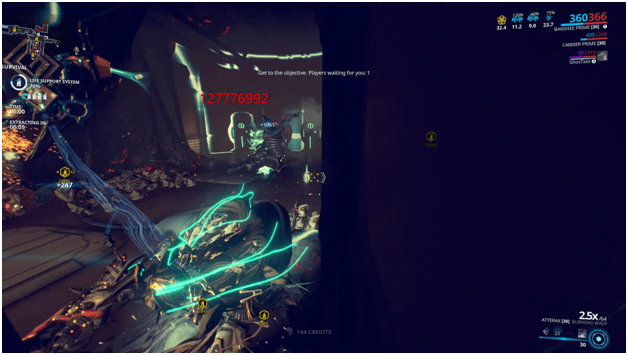