The Akbolto Prime, a secondary weapon, is pair of pistols and the Prime variant of the Akbolto. 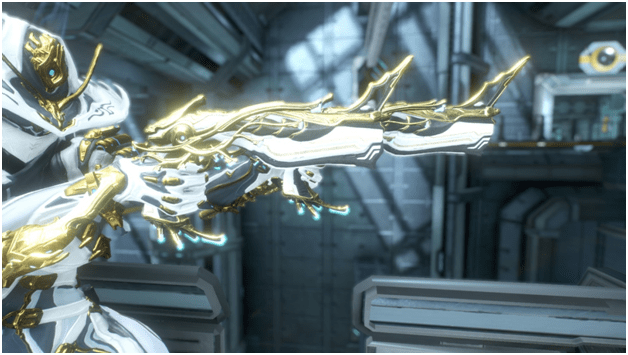 The Akbolto Prime is the Prime variant of the Akbolto, retaining most of its stats with a few changed as well. 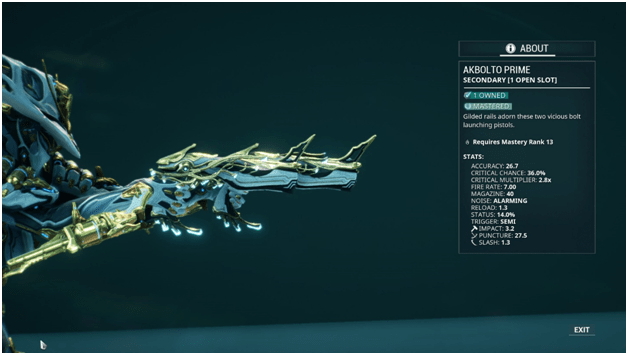 The Akbolto Prime has the following base stats:

The Akbolto Prime requires a Mastery Rank of 13 before it may be used by players and built using its blueprints and Prime parts.

The Akbolto Prime may be crafted with its blueprint and parts which may be obtained by opening relics or by trading with other players. 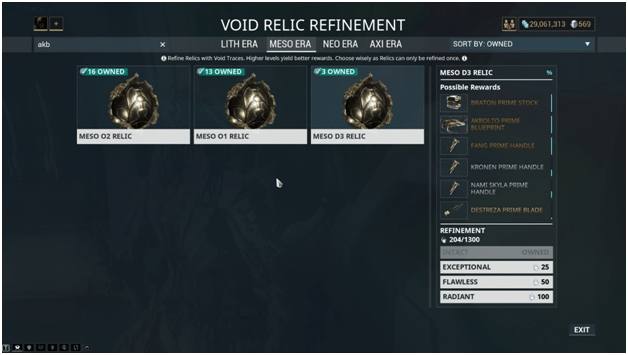 These contain the blueprint and parts required to craft the Akbolto Prime:

The Akbolto Prime sports an excellent critical chance also it is one among those that have the highest in the game.

It also has a moderate status chance which can benefit the user along with the critical chance.

The weapons reload speed is very fast which makes it easy to keep firing out shots with little delay and the base damage is pretty swell for a sidearm.

When modded well this weapon can be customized to take out any type of enemy with a single shot. 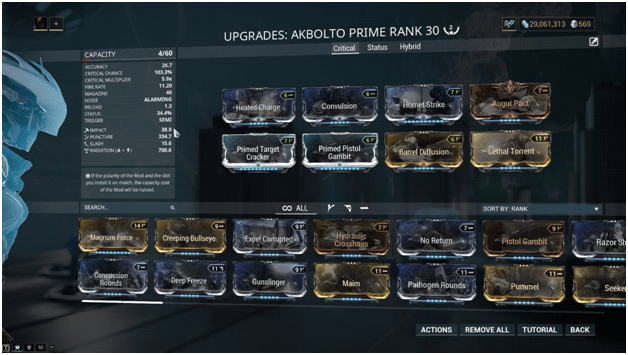 For this build we use Hornet Strike and Augur Pact to increase the overall damage of the build.

Barrel Diffusion and Lethal Torrent are added for multishot and an increased fire rate.

The build has 2 elemental damage mods to deal extra damage to certain enemies that are weak against whichever combination the user creates.

This build will make use of the high critical chance of the weapon along with the mods it can guarantee critical damage and deal even more due to the multishot mods. 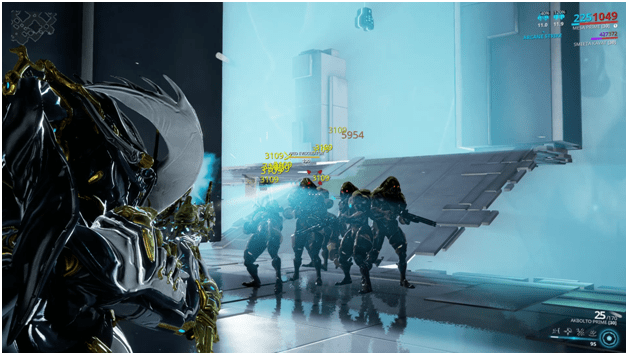 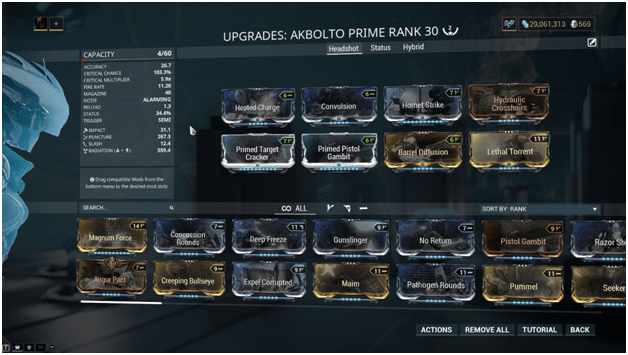 This build is similar to the previous one except we have replaced Augur Pact with Hydraulic Crosshairs which gives a buff that grants an increased critical chance after dealing a headshot.

This build trades the base damage increase from Augur Pact and gives a higher chance to deal a critical hit and since the build already reaches 100% critical chance.

There is a chance to do a higher tier of critical hit changing it from yellow critical to orange critical damage. 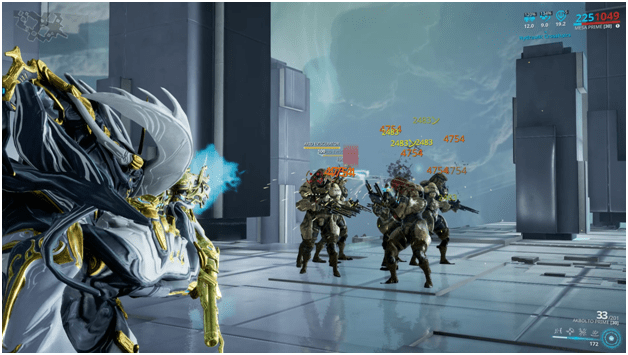 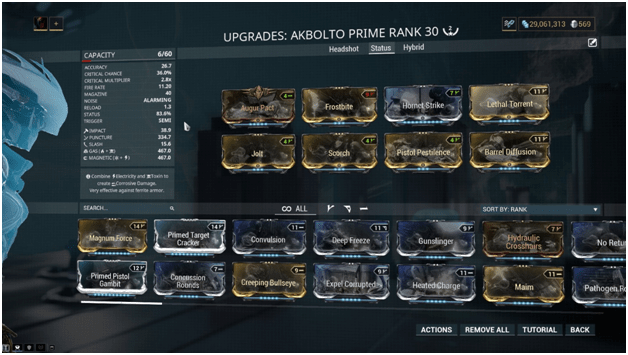 With the status build we retain Hornet Strike, Augur Pact, Lethal Torrent and Barrel Diffusion for their main purposes and replace the rest with four elemental damage and status mods.

This build makes use of the overall damage increase and the multishot and fire rate increase from the retained mods.

It uses the four elemental damage and status mods to build up damage with the elemental added damage as well as increase status chance.

This build gives a higher chance to proc status effects on enemies, capable of dealing area damage, damage over time and weakening enemies.

The elemental damage will benefit the build if the chosen elements are weaknesses of the enemy the user is going up against.

The four mods may be rearranged in order to change the combination of elements. 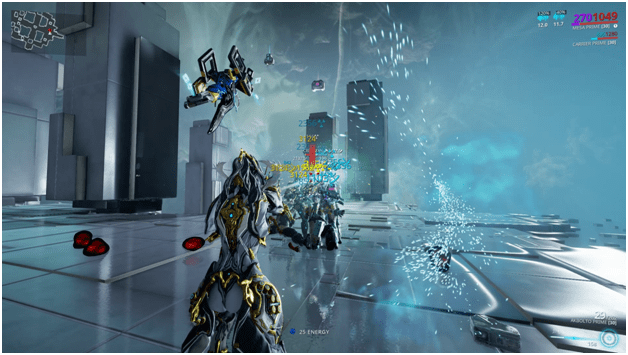 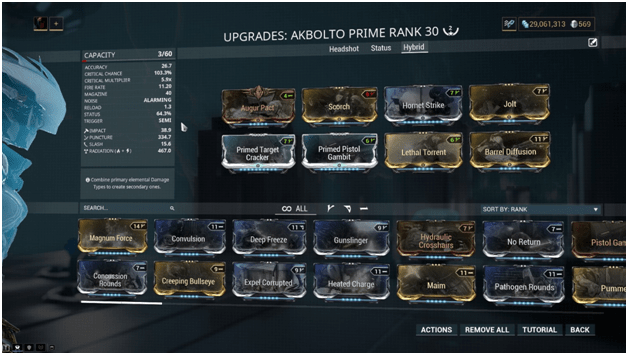 This build combines the Critical Build and the Status Build and is made up using Hornet Strike and Augur Pact for an increased overall damage.

The build has Barrel Diffusion and Lethal Torrent for multishot and rate of fire along with 2 elemental damage and status mods.

This build is a combination of the two builds and gives a good chance of critical hits and status effects to occur.

While the critical damage is a source of one kind of damage, the elemental damage causing status effects that can cause different effects based on the elements.

This creates possibilities to cause multiple types of damage and may weaken enemies so they take even more damage. 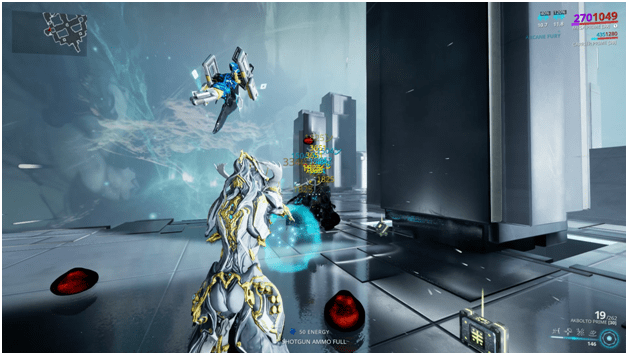 These are not the only builds available for the Akbolto Prime, but they are pretty useful in many situations.

The Akbolto Prime is a quick, accurate and deadly weapon in the hands of almost any user.

It also has a moderate status chance giving you different choices when you want to mod this weapon.

Its quick fire rate as well as its efficient magazine capacity makes it seem like it could compare to the usefulness of a primary weapon.

Regardless of which build the user decides to use, the outcome is sure to deal good damage due to its stats.

When modded accordingly, the Akbolto Prime can dominate even the strongest of enemies. 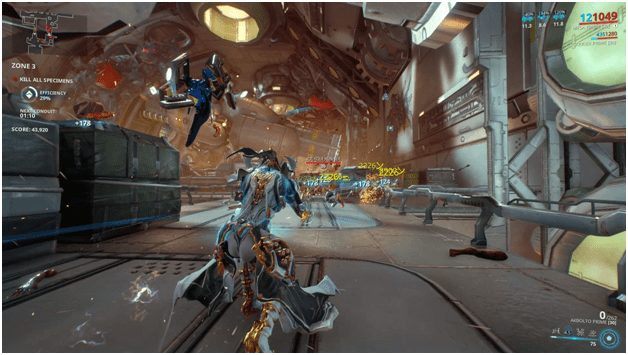