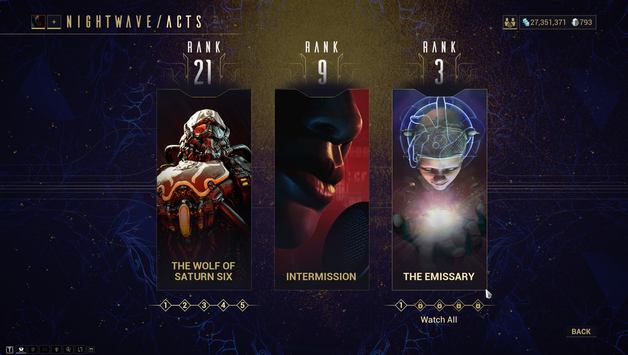 Following after the Nightwave intermission, Nightwave: The Emissary has emerged bringing us a new story and a lore.

Similar to the previous intermission, all credits have been erased and all progress has ended while a new part begins.

Nora broadcasts about the Arlo who has been found as a survivor, capable of healing others and has mysteriously survived regardless of the fact he was first alone and surrounded by infestation.

Slowly you will learn about Arlo and his story as you progress and learn about the lore of this new child who was presumed dead but somehow had survived. 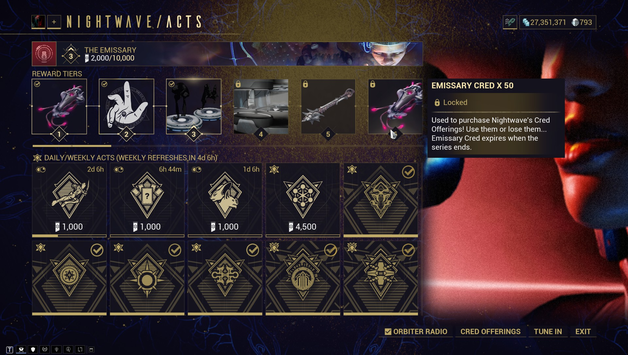 All previous Nightwave credits have been removed and a new type of credit is now available to be earned which is now known as Emissary Credits.

These are the new credit points for the current Nightwave act and will be earned as you progress.

Just like the previous Nightwave acts, there will be offerings which you may purchase with the Emissary Credits that you earn which are very rewarding later on.

The Nightwave rewards have also changed, being more towards an infested type of reward pool these new and unique prizes are definitely something you want to look out for.

The following are the rewards for Nightwave Emissary

How To Get Standing Nightwave Emissary? 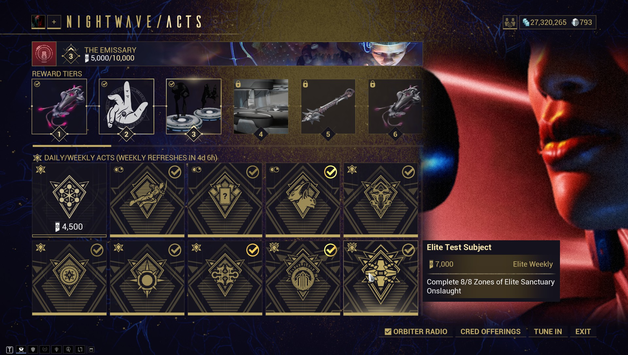 Just like the previous Nigthwave acts, you are tasked to complete daily and weekly missions which are assigned by Nora.

These can differ from simple action on the orbiter or tough challenges to be done during missions. 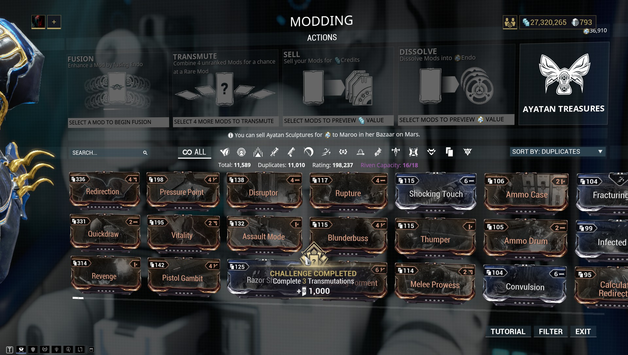 Once a task has been completed you will receive a notification showing the task that is completed as well as the amount of standing you have gained. 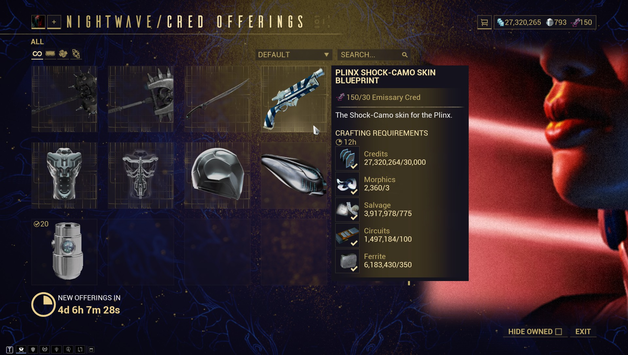 Similar to the previous acts, you will be able to purchase offering using the current Nightwave credits which in this act are the Emissary Credits.

A lot of prizes are available and it would be wise to keep a look out for them and save up as much as you can before the act is over.

Take note that any previous points from the past acts will be gone and you will need to earn Emissary Creds from this Nightwave act. 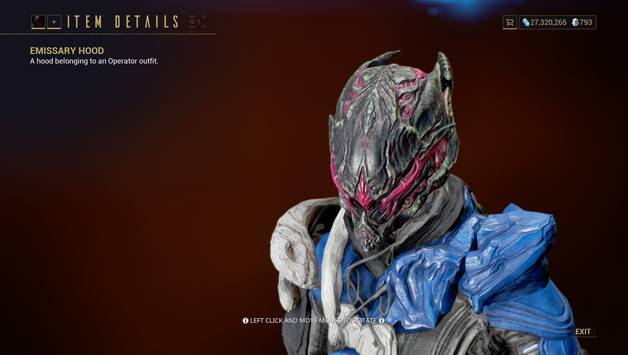 This was an unexpected reveal to some and the rewards do not only look interesting but they appear to appease the much desired infested lore that some players have been searching for.

There are a lot of rewards to be acquired and in this case it is double the amount since the previous act.

It is best to grab what you can while there is time as many of the rewards will be useful as well and not only for plain cosmetics but to improve your equipment.