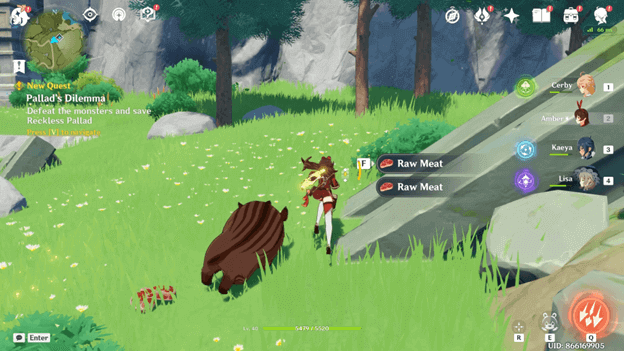 Pallad’s Dilemma is one of the repeatable World Quests that can randomly appear in Genshin Impact, involving Reckless Pallad.

As you are venturing throughout almost any location, Pallad’s Dilemma may begin and you will notice someone being attacked by monsters.

During this quest, you will need to rush over and save Reckless Pallad from the attacks to get a reward for helping him.

How To Get Pallad’s Dilemma Quest?

Pallad’s Dilemma is randomly obtained and will need to be completed quickly before the quest disappears, which mostly happens if you get too far.

It appears that Pallad’s Dilemma is usually first encountered when you are out adventuring around Mondstadt. 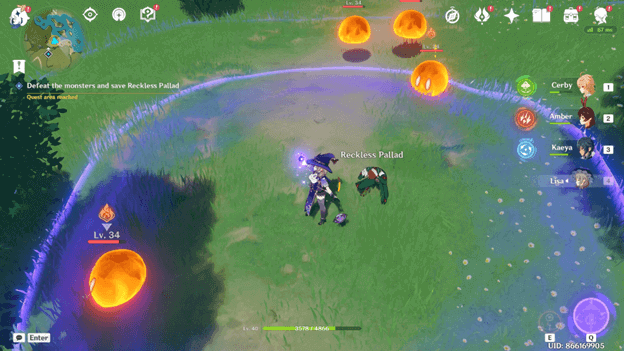 1) Defeat the Monsters and Save Reckless Pallad

During the Pallad’s Dilemma quest, you will encounter Reckless Pallad being attacked by either one of the two different monster groups.

This is random and may either be 3 Hilichurls or 4 Pyro Slimes, which you will need to defeat before you can talk to Reckless Pallad.

Reckless Pallad will be cowering while all the enemies in the area are still around and can only be spoken to once you have defeated them.

Take note that leaving the area or moving too far away from the quest location may end the quest and it will disappear.

After defeating the group of enemies that were attacking Reckless Pallad, head over to him and interact with him to start talking.

Reckless Pallad will thank you for helping him out, which should not have been quite a problem for you since they are not really that tough.

Once Reckless Pallad has given you his thanks, he will present you with rewards and the quest will be complete. 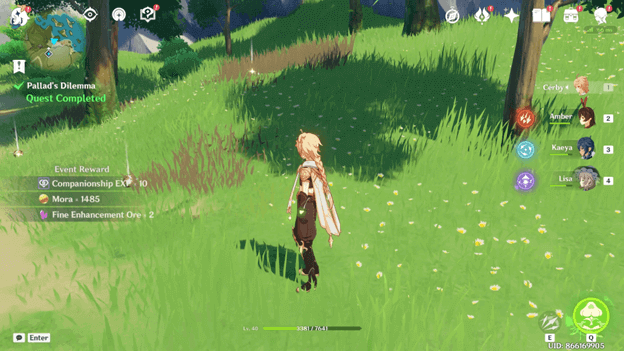 For one who seems to be an adventurer, Reckless Pallad seems to be getting into a lot of trouble quite often which he is unable to get himself out of.

Luckily for him, you were around to save him before the monsters could do anything and he is grateful for your help.

This is a repeatable World Quest which is meant to give you Companionship EXP and may appear again after some time.